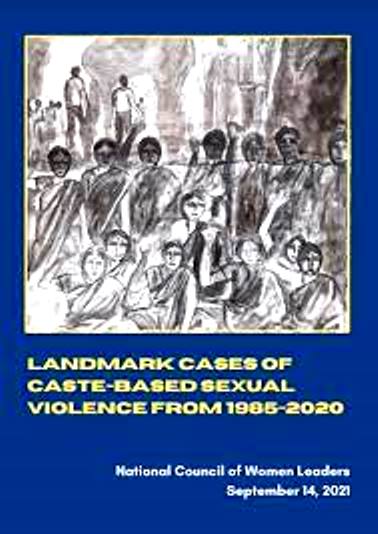 The National Council of Women Leaders (NCWL), a civil rights group, has compiled what it has called “landmark cases of caste-based sexual violence” between 1985 and 2020 to mark the first anniversary of the notorious Hathras gangrape case, which led to the death of a young Dalit woman in September 2020.

By Rajiv Shah (For Counterview)

Compiling 12 cases from 10 States, the 15-page report, released by NCWL says, the effort is to highlight how there has been “invisibilisation of caste across these cases by the public, government, and courts, despite the clear caste-based nature of these atrocities.”

Insisting that rape is being used as a weapon by dominant caste groups to silence Dalit women and girls seeking to “retaliate” and “assert” for their rights in the “prevailing caste, class, and social hierarchy”, the report wonders, “If justice was unachievable even in cases which drew national public, media, and political attention and widespread protests, what does this mean for the Dalit women and girls who are raped every day across the country and who receive minimal attention or support?”

The first case compiled in the is of July 17, 1985, when a large group of Kammas (a dominant caste) armed with deadly weapons attacked an unarmed Dalit colony in Karamchedu in Andhra Pradesh, killing six Madiga (Dalit sub-caste) men and raped at least three women.

Yet another major case compiled is that of September 1991, when Bhanwari Devi, a social worker from Rajasthan, who while working in the fields, was beaten up and gangraped by five Gujjar men as retaliation for preventing the child marriage of a nine-month-old girl. Well-known across the country, the report says, it mobilised Indian feminists to file a Public Interest Litigation which led to the formulation of Vishakha Guidelines against sexual harassment at the workplace.

Pointing out that the law still has no such guidelines for organised sector, in which most Dalit women work, the report, regrets, “Despite being the source of inspiration to so many, Bhanwari Devi herself has been unable to obtain justice for her case. A Jaipur court acquitted the accused, implying that she was lying about the rape and remarking that “an upper-caste man could not have defiled himself by raping a lower-caste woman”.

The appeal against this verdict is still pending, with Bhanwari Devi continuing to live in Bhateri, in close proximity to her rapists. “Despite threats, she spreads awareness among women and was part of a 2-month-long march of rape survivors in 2019, to change people’s attitudes from shaming victims to supporting them”, the report says.

Two of the 12 cases compiled are from India’s “model” state, Gujarat. The first one is of November 1999, when Hati Darbars (an upper caste Rajput community) in the Pankhan village of Junagadh district brutally attacked 100 Dalits who were clearing thorny bushes to make the land cultivable, wounding 40 people. One Dalit woman was gangraped by 13 men and brutally assaulted, with crow-bar and axe, the report says.

It adds, “Though over 140 witnesses have been heard, the case has failed to move in the trial court since 2004. It was recently moved from the Junagadh court to Keshod court, where it has been pending for the last three years.”

The second case is of February 2008, when a 17-year-old Dalit girl registered a case of gang rape by six teachers of the Primary Teacher’s Certificate college in Patan. “The aftermath of the incident witnessed large scale protests. The survivor was gang raped 14 times at various places on the college campus including the principal’s room”, the report says.

“Due to the pressure from Dalit rights groups, there was a magisterial inquiry and departmental inquiry. A female public prosecutor and judge were also appointed. There was a lot of political pressure on the survivor to accept an out-of-court settlement. She was forced to move out of her home and a Dalit rights organization was granted custody by district judge”, the report says.

“In March 2009, the special fast-track court convicted all the accused, sentenced them to life imprisonment, and ordered them to pay compensation. However, the court acquitted them under the SC-ST (Prevention of Atrocities) Act. On appeal, the Gujarat High Court upheld the life sentence of five accused professors”, the report says.

The last one compiled in the report is the Hathras gang rape and murder of Uttar Pradesh, which rocked the country last year. “It has been a year since the Hathras gang rape case when a 19-year-old Dalit girl was raped by four uppercaste men on a farm near her home in Bulgarhi village. She died from her injuries two weeks later and was forcefully cremated by the Uttar Pradesh Police in the absence of and against the wishes of her family”, the report says.

Pointing out that in December 2020, the CBI completed its investigation and concluded that the victim had been gang-raped and murdered, the report says, currently “there are two cases going on – the criminal trial at the special SC/ST court in Hathras; the second at the Allahabad High Court, which is looking into her forced cremation and the role of state officials in botching the investigation.”

“After delays caused by the pandemic, as of September 2021, the evidence of the prosecution witnesses continues to be heard by the court. The victim’s family and lawyer have received numerous threats to their safety, including death threats. However, the Allahabad High Court has refused to transfer the case out of Hathras”, the report says. 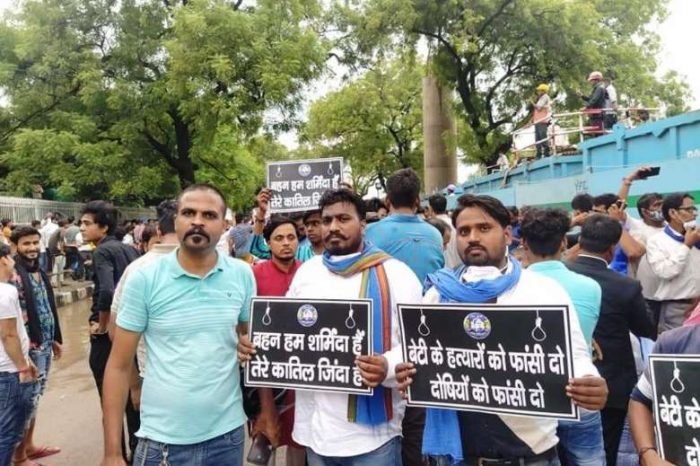 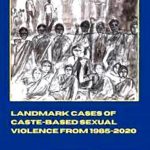