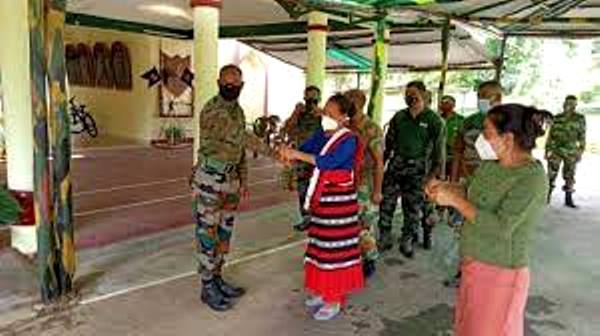 In a surprise statement, the Naga Mothers’ Association (NMA) has “strongly condemned” some Naga women tying rakhis to Indian armed personnel. The statement, signed by Abei-U Meru, president and Malsawmthangi Leyri, general secretary, claims that Naga women are “traumatised” by a history of genocidal acts against Naga women, blaming the impunity granted to armymen under the Armed Forces Special Powers Act (AFSPA).

Forwarded to Counterview by Manjula Pradeep, founding member of the National Council of Women Leaders (NCWL), a new Dalit women’s rights group, the statement recalls what it calls “the horrifying massacre of Nagas at Matikhrü in 1960 by the 16th Punjab Regiment is a Black Day on September 6 till today which is a record of extreme violation of human rights, whereby the army committed the barbaric beheading of our innocent villagers.”

The Naga Mothers’ Association (NMA) is shocked and strongly condemns the questionable act of few Naga women, tying rakhis on Indian armed forces, the Assam Rifles at Dimapur and Tamenglong during the recent Raksha Bhandan celebration.

For us Naga women, traumatized by a genocidal history of rapes, molestation, killings, village groupings, inhumane army atrocities at the hands of Indian armed forces under the impunity of the Armed Forces Special Powers Act (AFSPA), it is a shame and a black day to witness our women, tying rakhis and felicitating these very armed forces, when we are yet to see justice for war crimes and human rights violations committed against our own women, children and men.

Whether it be a BJP-initiated activity in Dimapur or Students Union obligations to the Assam Rifles in Tamenglong, it is unacceptable and questionable, in the continuing violations of human rights, as long as Nagas are forced to live under AFSPA in these Naga areas and without justice for the past history of human rights violations. The haunting cries of families of victims for justice in the numerous incidents over the decades is yet to be heard and justice served.

The horrifying massacre of Nagas at Matikhrü in 1960 by the 16th Punjab Regiment is a Black Day on September 6 till today which is a record of extreme violation of human rights, whereby the army committed the barbaric beheading of our innocent villagers.

The killings, tortures and rapes at Oinam and surrounding villages under Operation Bluebird, Mokokchung arson, rapes and killings, Pangsha fake encounter and killing of an innocent wife and mother, villagers and unarmed cadres and maiming for life two surviving women victims, reckless shooting and killing of two children at Wuzu Firing are all still fresh in our recent memory, as we continue to grieve and suffer with families affected.

The recent press statement of 44 Assam Rifles, Tamenglong is unacceptable to us Naga women, because they are not in a position to sermonize in the face of such atrocities, nor is the Raksha Bhandan objection issue about cultural practices or religious differences. It is about the denial of justice on war crimes against Nagas including its women and children, under the imposition of AFSPA.

The NMA urges the National Secretary, BJP Mahila Morcha Mrs Aienla Jamir and Mrs Avi Aomi, President, Dimapur District Mahila Morcha and their team, the said student’s union and women in Tamenglong, instead of carrying out such objectionable programmes, they must join Naga women, if they are true Nagas who love their people and raise their voices to the Government of India and Central BJP leaders for repeal of the AFSPA and justice for crimes committed by the Indian armed forces including the Assam Rifles.

Note: This news piece was originally published in counterview.net and use purely for non-profit/non-commercial purposes exclusively for Human Rights objectives. 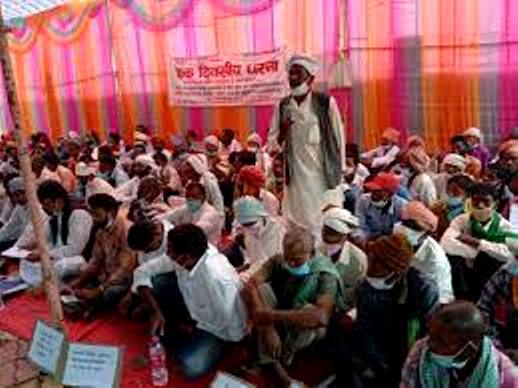 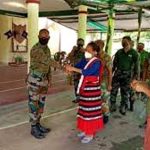