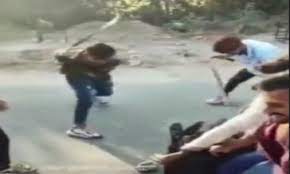 The incident caught public attention after Congress MLA Jignesh Mevani tweeted the video link questioning the state police on Thursday. The youth registered the complaint only after getting assurance from the police and his friends and relatives.

Vadodara (Gujarat): Twelve days after a Dalit youth was ruthlessly beaten on the road in broad daylight in the Bhayli village of Gujarat’s Vadodara, the police registered a case.

The youth registered the complaint only after getting assurance from the police and his friends and relatives.

Vadodara Rural Deputy Superintendent of Police (SC/ST cell) CN Chaudhary told the media on Thursday evening, that the said video was in circulation in the rural area for the last few days.

The moment police learned about the video, they started the search for the victim. Following police persuasion, victim Alpesh Parmar gathered courage and lodged a complaint against seven unidentified accused with the Vadodara Taluka Police station, Chaudhary said.

The complaint was lodged on Wednesday evening, a day before Congress MLA tweeted about the incident, said the officer.

Now the police are searching for the accused, tracking their social media ID and doing a technical survey, as the victim is uncertain of their identities, said Chaudhary.

Victim Parmar in his complaint stated that on December 11 afternoon, he was with his friend Surbhi Patel near Broadway building when seven youths approached him. They started abusing him and making casteist remarks before beating him with a belt and kicking him several times.

“While beating me they were talking about my comment on social media. Before fleeing, they threatened to kill him and my family members if I lodged a police complaint. So I did not file a complaint against them,” he said.

Parmar got himself admitted to a private hospital for the injuries, where the doctor gave six stitches to his head.

Police officers told the mediapersons that the real reason for the atrocity will come out only after the accused were arrested and their statements recorded.

Note: This news piece was originally published in timesnow.com and used purely for non-profit/non-commercial purposes exclusively for Human Rights. 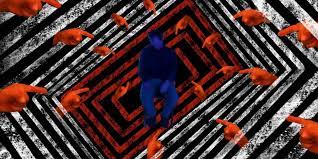 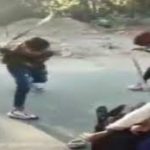