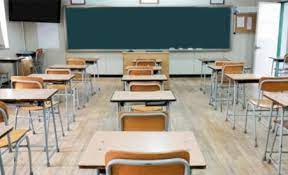 The panel has suggested that educators could identify the spaces and scope of integrating gender, especially transgender concerns, in their pedagogy and textbook content wherever they feel the gap in the existing text books.

NCERT has recommended gender neutral uniforms in schools, transgender inclusive curriculum, safe washroom facilities and measures to prevent gender based violence for smooth integration of the third gender in the formal schooling process, as per an official statement.

According to the statement, the draft manual, titled “Integrating Transgender Concerns in Schooling Processes”, has been prepared by a new 16-member committee convened by NCERT’s Department of Gender Studies head Jyotsna Tiwari.

“Some of the students, specially from Grade VI onward, have preference for clothes, particularly school uniform. They do not feel comfortable in a particular dress. Schools can introduce gender neutral uniforms which are comfortable, climate appropriate, fit and do not conform to a particular gender,” it said.

The panel has noted that these uniforms might be designed by design institutes.

“Many schools have introduced pants and shirts that can suit any gender and they are comfortable for all school activities. Reinforcement of gender binaries in school structures, in terms of uniforms, use of toilets, participation in sports and extra-curricular activities, bullying and harassment for simply choosing to express themselves as opposed to social norms, are some of the glaring concerns raised by transgender persons when it comes to barrier in their education,” it added.

The panel has suggested that educators could identify the spaces and scope of integrating gender, especially transgender concerns, in their pedagogy and textbook content wherever they feel the gap in the existing text books.

“Such practices should be shared with fellow teachers (subject or stage specific) to collectively evolve best practices which are context specific. Issues of masculinity, equality and empowerment must be addressed through a careful choice of themes in our textbooks as well as through other pedagogies such as role play, debates, creative writing, development of short films, etc.

“If students are noticed to be gender non-conforming or emerge as transgender at this stage, help them to form healthy, supportive alliances with peers and generate gender sensitive school environment so that such a student feels supported. Health educators should be gender sensitive and use gender inclusive practices while educating on puberty, sex education and health education,” the manual read.

Noting that due to society’s marked intolerance of gender nonconformity, those who do not conform to gender norms are more likely to suffer from violence as compared to other gender conforming students from an early age, the panel said it could be inflicted upon them within different contexts through various social interactions.

“These interactions could be with family members, school peers or society at large. It might include experiences of rejection within the process of seeking identification of their gender identity or asking to be called by the name they selected for affirming their gender identity. These are everyday yet profound events of experiencing violence by transgender persons.

“It needs to be noted that ‘homophobic and transphobic’ violence is also associated with poorer than average physical and mental health. The adverse effects on young people’s mental and psychological health include: increased risk of anxiety, fear, stress, loss of confidence, low self-esteem, loneliness, self-harm, depression and suicide,” it said.

Elaborating on the need for a “transgender inclusive” environment in schools, the manual has noted that the behaviours and expressions exist within the gender binary, they are seen as “normal” and are treated as acceptable.

“In the case of children who do not conform to such binary roles, expressions, behaviour, which typically associate with their assigned-sex and thereby gender; they are made to feel as ‘abnormal’. Further, these expressions, behaviours, mannerisms, etc., draw unwarranted attention from others since they are not seen as ‘normal’ and lead to bullying or harassment, which makes it all the more difficult for transgender children to continue their education.

“This affects the childhood and adolescence of many transgender children due to incidences at school, since these cases mostly go unreported due to the stigma attached. It often leads to discontinuation of their formal education or a drastic decline in their academic performances,” it said.

The panel has also stressed that while introducing transgender inclusive curriculum, it is best to do so collectively as a school community, led by the administrative and school leaders. It is also recommended that the decisions in this regard be communicated through gender specific professional development for educators and community members at the start of each academic year.

A previous manual titled “Inclusion of Transgender Children in School Education: Concerns and Roadmap” was taken off following concerns raised by the National Commission for Protection of Child Rights (NCPCR).

While the previous report dealt extensively with the needs of all categories of gender non-conforming children, the latest one states that though there is a recognition of people with diverse sexualities and sexual orientations, including LGBTQ communities, “the present module is specifically focusing upon transgender persons by birth”.

Note: This news piece was originally published in financialexpress.com and used purely for non-profit/non-commercial purposes exclusively for Human Rights 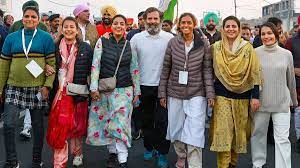 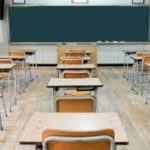