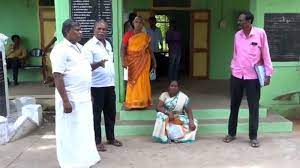 Upset over being forced to take bribe by councilors in Madurai Wadipatti, a Dalit woman panchayat leader has said that she wants to resign. There are 9 wards in Melakkal Panchayath under Vadipatti Panchayat Union of Madurai District, which includes Melakkal, Kachirayiruppu and Lower Mattayan areas. The head of the panchayat here is Murugeswari from the Dalit community. From the day he took over as the panchayat president, he had filed a complaint with the Madurai district magistrate last year that the ward members and panchayat secretary were stopping him from working and forcing him to take bribes.

After that, on the instructions of the District Collector, the Wadipatti Regional Development Officer personally summoned the ward members and the Panchayat President and sent them to establish peace. Murugeswari with tears in her eyes said that even after that some ward members are preventing her from implementing any project in the upper panchayat and thus causing a lot of trouble. Many a times no action has been taken to appeal to the Regional Development Officer. He also said that the panchayat leader has decided to resign due to serious mental trouble.

He said that today he has handed over the keys and materials of the Panchayat to the Regional Development Officer and he is going to meet the district administration head and submit his resignation letter. The court heard a case seeking an injunction against the AIADMK Mahasabha. Murugeswari also said that he was going to file a complaint with the Welfare Commission for the Underprivileged, saying that some ward members were calling him under any government scheme. were threatening to bribe or not to do any work in the Panchayat. He also complained. That some members of the ward prepared and took money. He also demanded that the Madurai District Collector investigate the matter and take appropriate action.

Note: This news piece was originally published in jantaserishta.com and used purely for non-profit/non-commercial purposes exclusively for Human Rights. 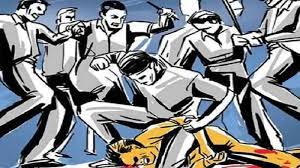 Dalit youth brutally beaten up by Dabang Pradhan and his henchmen 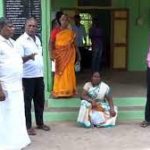