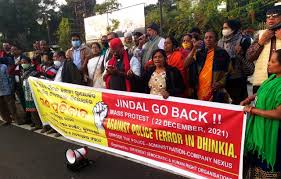 A New Delhi-based civil rights group called Forum Against Corporatization And Militarization (FACAM), protesting against what it calls “corporate loot” of Dhinkia village through “brute military force”, has said that just like the South Korean giant POSCO, forced to pull back following protests by Odisha tribals, an Indian corporate house, Jindal Steel Works (JSW) is now seeking “transfer of around 1,174 hectares of land for its 65,000-crore steel plant project.

Giving details, quoting villagers, FACAM alleged, on October 22, a private militia of the mining giant led by one of its top executives and assisted by the local police “stormed the village and demolished 20 houses.”

“Media persons were not allowed to document the demolition and a boy was beaten, detained and threatened with dire consequences just for recording the brutal corporate-state repression”, FACAM said in a statement, adding. “The houses were demolished without any notice and people were any chance to collect their valuables.”

Stating that this has not happened with the people of the village or the Jagatsinghpur taluka of which it is a part, FACAM said, it has been “centre of struggle against mining giants for a decade”, pointing out how it “strongly resisted state repression and pushed back South Korean mining giant POSCO in 2017, foiling its plan to set up a 12 million-tonne capacity steel project at the site with an investment of Rs 52,000 crore.”

“Now”, it said, “They are fighting against the transfer of around 1,174 hectares of land for JSW’s 65,000-crore steel plant to produce 13.2 million tonnes of steel per annum.”

Last year in January, the statement said, people resistance against “Jindal’s land grab of resources”, when 500 personnel of armed police and paramilitary stormed the villages of Dhinkia and beating and badly injuring more than 40 people, including women, old and children.”

Rolling out names of those who were arrested, the statement said, these included Debendra Swain, a local village leader, and activists Prakash Raut, Gautam Das, Sanatan Kandi and Pradeep Satpathy, all of whom continue to be in prison.

Insisting that villages of Jagatsinghpur fall under schedule fifth of the Constitution and the Provisions of the Panchayats (Extension to the Scheduled Areas) Act (PESA) is in force there, FACAM said, “Both have been violated, adding, “fake” gram sabhas are being held to “allow” land acquisition, even when people are “not ready for corporate loot of their resources.”

Claiming that a similar repression is happening in Mali and Deo Mali in Odisha; Surjagarh in Maharashtra; Rowghat, Hasdeo and Amdai Ghati in Chhattisgarh; and villages in and around Parsnath Hills in Jharkhand, FACAM demanded that “land grab” in Dhinkia should stop, company staff and police officers responsible for the October 22 incident should be tried, arrested activists and leaders should be released immediately unconditionally, and fake gram sabhas for “implementing” PESA should be not be held. 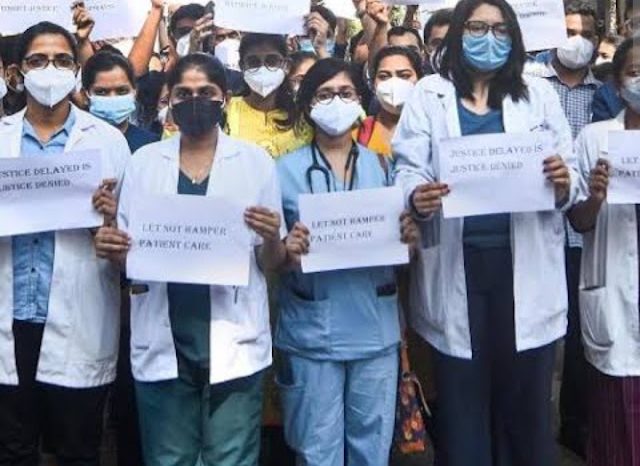 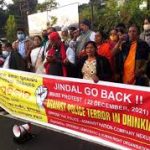