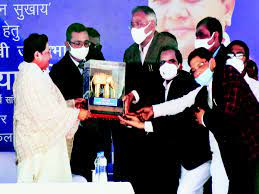 LUCKNOW: Recalling the beautification of Lucknow during BSP rule, Mayawati on Wednesday attributed the state capital’s giant makeover to her government’s effort. “More work needs to be done and this would be possible if BSP is voted back to power,” she said at a packed rally in the state capital.

While she continued to attack Opposition parties for their failures and divisive politics, Mayawati veered off the beaten track to talk about multiple development projects piloted by her government.

“Lucknow wallowed in civic apathy and the state capital mirrored a district town till I became chief minister. It was the BSP government which changed the face of the city. Lucknow can be developed and beautified further. After BSP assumed power, visitors to the city would marvel at the change. We built parks, improved water and power supply and changed the face of suburbs, which came under Lucknow district,” she said.

Promising peace and brotherhood in the state, if BSP returned to power, Mayawati said youths wouldn’t need to migrate for jobs as the BSP government would ensure adequate employment. Exuding confidence on her party’s performance in the first two phases, Mayawati asked supporters to be prepared for a pleasant surprise on counting day.

The four-time chief minister also hit out at SP, BJP and Congress for their apathy for Dalits and backwards, accusing Congress of not bestowing the Bharat Ratna on BR Ambedkar, Samajwadi Party of rechristening districts and institutes named after Dalit icons and BJP of making no effort to restore their original names.

“When SP was in power, the crime graph spiralled and riots were the order of the day. Under BJP, crime against Dalits, women and minorities has risen. Muslims are being harassed and farmers too are unhappy due to decisions taken by the Centre,” she said. Mayawati promised that if voted to power, BSP would ensure no controversial central law would be implemented in UP, law and order would be in place, a commission will be set up to look into demands of government employees and the old pension scheme would be implemented.

Note: This news piece was originally published in timesofindia.indiatimes.com and used purely for non-profit/non-commercial purposes exclusively for Human Rights objectives. 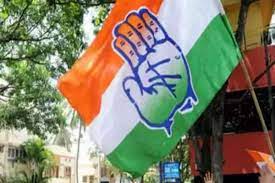 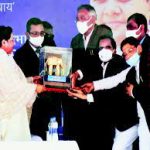