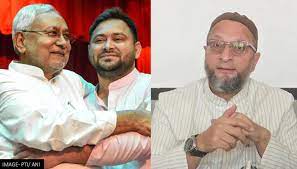 Noting that the Bihar Mahagathbandhan has a maximum vote share of the minority community, lone AIMIM MLA Akhtarul Imam raised the demand for minority Deputy CM

Days ahead of the Bihar cabinet expansion, Asaduddin Owaisi’s AIMIM has demanded that a Muslim leader be made Deputy chief minister in the Mahagathbandhan government. Noting that the ruling alliance has a maximum vote share of the minority community, lone AIMIM MLA Akhtarul Imam demanded that a minority Deputy CM be appointed to Nitish Kumar’s cabinet.

When ministers are appointed on the basis of caste, accordingly there should be a Muslim Deputy CM too, he said. “On behalf of the minorities, the AIMIM advocates and demands that a leader from the minority community be made the Deputy Chief Minister of state. This is because most of the constituents in the Bihar Mahagathbandhan have the maximum vote share of minorities,” he added.

Noting that many states have appointed multiple Deputy CMs, Imam said, “There are five chief ministers in Andhra Pradesh, more than one in Uttar Pradesh too. In Bihar, there were two deputy CMs each in the NDA government. In this government too, if there is more than one deputy CM, it will be stronger.”

Notably, four of the five MLAs of Owaisi’s party had joined the Rashtriya Janata Dal in June, making Akhtarul Imam the only MLA of AIMIM in Bihar. In the following developments, JD(U) head Nitish Kumar split from the BJP-led National Democratic Alliance (NDA) to form the Mahagathbandhan government in the state.

The present grand alliance comprises seven parties – JD(U), RJD, Congress, CPI(ML), CPI, CPI(M), and HAM – which together have more than 160 MLAs in the 243-strong assembly. Besides the 12-MLA-strong CPI(ML), CPI and CPI(M) which have two MLAs each, extended outside support to the government.

As the new government prepares for its first cabinet expansion on August 16, the AIMIM has demanded that the alliance partners appoint a Muslim Deputy CM. On Wednesday, Nitish Kumar and RJD leader Tejashwi Yadav were sworn in as the CM and Deputy CM respectively in the Raj Bhavan. On August 24, the JDU-RJD-led government will prove majority in the assembly.

Note: This news piece was originally published in republicworld.com and used purely for non-profit/non-commercial purposes exclusively for Human Rights 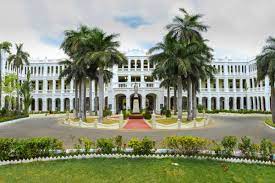 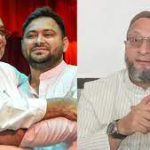