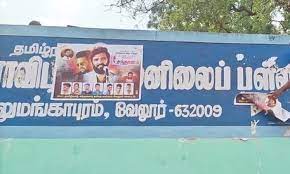 Chennai : Tension gripped Alamelumangapuram in the outskirts of Vellore on Monday after the poster of Tamil comedian Santhanam was found pasted on Adi Dravidar higher secondary school’s name board.

The Viduthalai Chiruthaigal Katchi (VCK), a Dalit political party, has threatened to block the Chennai-Bengaluru highway.

Santhanam is a Vanniyar and traditionally there has been a fight between the community and the Dalit outfits in Tamil Nadu.

VCK leaders and cadres tore the posters of Santhanam in the presence of a heavy police contingent. Sources in the VCK told IANS that this was a deliberate move as everyone knew that Santhanam was a Vanniyar and that the poster was pasted on the Adi Dravidar school board to stir up communal tension.

Senior officers of the Police have reached the spot and a probe has commenced into the incident.

Notably, in the national award-winning movie, ‘Jai Ho’ there are scenes in which the policemen beat a Dalit youth to death. There were agitations in Tamil Nadu stating that the movie was depicting the Vanniayar community in a “poor light”. 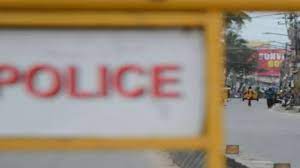 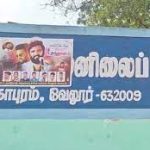