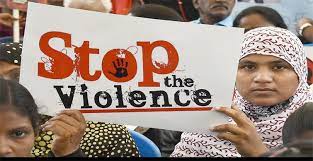 Chennai : An NGO has demanded the police and authorities in Tamil Nadu’s Pudukottai district to take immediate action against two upper caste men attacking three Dalit women while they were taking a bath in a stream.

According to the Madurai-based NGO Evidence, the incident took place on January 1 and the police were yet to take action.

In a statement, the NGO director Kathir said that Shakthidevi, Devi and Sreedevi were taking bath in the stream in Kothangudi village when the two men, Iyyappan and Muthumaran, threatened them and beat them up.

Although Sreedevi lodged a complaint with the Nagudi police station on January 3, no action has been taken so far, the director said.

He also claimed that Iyyappan’s wife is the vice president of Perungattu panchayat and was trying to influence the probe.

The NGO further said that District Collector Kavitha Ramu and District Superintendent of Police Pandyan must meet the victims and conduct a proper investigation into the matter.

This is latest incident in the district related to caste discrimination.

Late last month, human excreta was found in the drinking water tank that supplied water to an SC colony in Vengaiyavayal village.

The village also did not allow people from the Dalit community to pray in temples earmarked for the upper caste.

The double tumbler system also existed in Vengaiyavayal under which Dalit people were being given water and tea in separate tumblers in hotels. 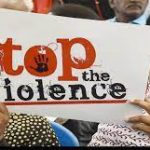