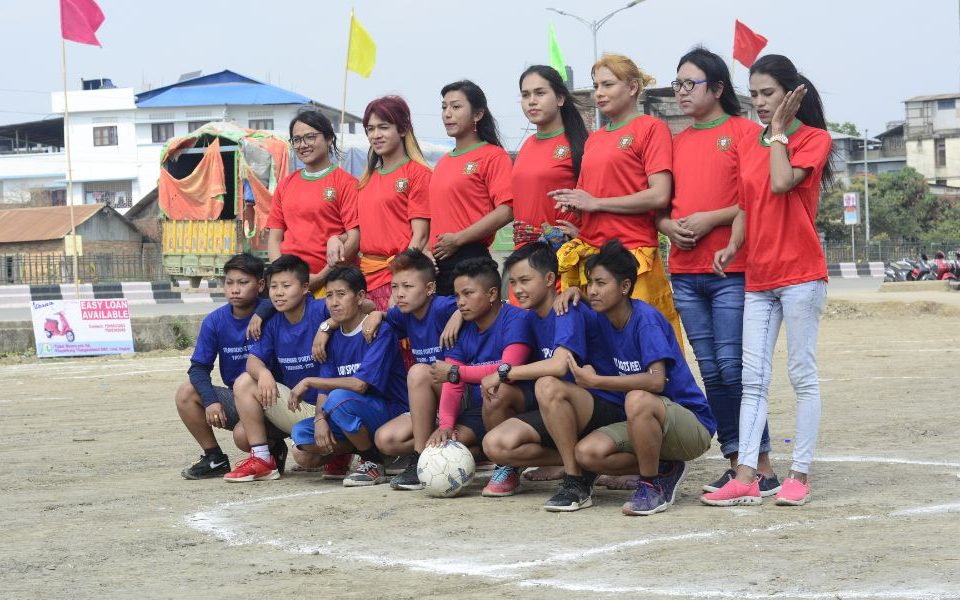 The Imphal-based NGO, Ya.all’s football team of 15 Trans men in Manipur — a first of its kind in India, is setting new goals

Beyond the climate crises, the underdeveloped infrastructure, and the many political conflicts, we know Manipur for its magnificent natural beauty and thriving arts and culture scene. Also, the northeast region of India is associated with sports. After producing legends like Mary Kom, Lovlina Borgohain, Saikhom Mirabai Chanu, Bhaichung Bhutia, it has now bagged another feat — that of having India’s first trans men football team. The team was initially formed with six members in 2018 by Sadam Hanjabam, to challenge the patriarchal viewpoint that sports are just for two categories: men and women.

Ya.all is a north-east based NGO for queer people that started with a small WhatsApp group in 2017. Hanjabam created it as a support group for LGBTQIA+ people from the region. It grew bigger each day, and two years later, it registered as an organization. According to Hanjabam, this group was also the reason behind the formation of the football team, which is now a 15-member troupe that practices every weekend to prove that sports are not just for the two genders.

But it was an epiphany that Hanjabam had during the 2018 Yaoshang Festival, often referred to as the ‘Holi of Manipur’, that kickstarted this football dream. “It is a five-day festival where many sporting events take place. Queer people did not feel safe joining in, and most of them were even pushed to the entertainment events like dance, singing, and other activities. There was no inclusive sports event for the LGBTQ community,” he recalls.

As a reaction, he started the Queer Games in 2018. Today, this five-edition-old event is held a day before Holi, and has gotten media attention. So much so, that his personal story along with his football dream team landed Hanjabam on one of the episodes of the Oprah Winfrey and Prince Harry-produced and hosted Apple TV+ show The Me You Can’t See. Hanjabam recalls, “I had shared my personal story or trauma and rejection as a person from the LGBTQIA+ community on Vice, and it created a lot of conversation.

That caught the attention of some producers from Radical Media. One year after approaching me, we shot it. They released it last May. It was the fifth episode of the show. I didn’t even know that Oprah and Prince Harry were backing this story until the final day of the shoot. Many European agencies reached out to us and acknowledged us. There were so many special people in the interview clip from Hollywood, including Lady Gaga. But although the episode was released in India, many people are still not aware of it.”

Why did he choose football, we ask? “Football is more like an emotional connection. People gather in abundance, they are cheering for the teams and enjoying themselves without thinking of anyone’s gender or sexuality. The hesitation that people have for the community is lost. Sports gave a way to bridge the gap between the two communities. With more people taking note of it, the games are now becoming bigger and better.”

Surely it has been instrumental in changing the lives of the team members for the better. Miller, who leads the team, says, “Football helped me in expressing myself. I was scared to come out openly before, but after joining the team, I got the courage to be myself; knowing that there are people who support me, keeps me going.”

Talking about his association with the team, mid-fielder Puddin Yumkhaibam says, “This place is like a home to me.” Their fight with society is the hardest battle they are still fighting every day but are grateful to Ya.all for all the help. Iso Moirang, who plays in the forward position, adds, “Ya. all has helped me understand myself better. I was a really shy person before I joined Ya.all. When I met Sadam and the entire team, their friendliness and motivation encouraged me to take the step to come out and feel proud of my identity.”

It is interesting that although it is an all-trans men team, the coach is not from the community. “It was not a problem really to find a coach but finding a coach who identified themselves as from the community is quite difficult even now. Most of the coaches who do belong to the community are not open about their sexuality,” explains Hanjabam.

However, there is still no trans women’s football team. And one can blame this on the set gender roles of a patriarchal society and the traditional heteronormative bias. “Trans women are born men. Their acceptance by society is somehow linked to how financially independent they are and hence they get into entrepreneurship of various kinds.

Many trans women run salons and other such businesses. Also, trans women are harassed and kicked out of the home, and to be independent, they have to work. Football in this country is hardly a money-making endeavor,” he explains. With a team in place, Hanjabam wanted to have important conversations like having a third gender category in sports and forming more national teams in India. He points out that trans men and trans women cannot simply fit in men and women categories at nation-level sports events. The physical tests categorize them as male and female, even though they might not identify as the gender. And it is absolutely unfair for trans men to compete with cisgender men, considering the physical aspect of it. “The question of why we don’t have a third gender was raised from this thought,” says Hanjabam.

The biggest achievement during this endeavor was getting invited to Gay Games in Hong Kong in 2021. Reminiscing about the moment, Hanjabam says, “Sometimes, people don’t know the value of something that is in your backyard. However, people outside take notice of it. Because of our continuous efforts, we managed to grab attention globally. Unfortunately, we could not go to play because of Covid. We have been practicing since then. The games have now been scheduled for 2023 and we hope to represent India there.”

Hanjabam is proud of how far they have come. “Let there be a third category in sports events so that we can play without any discrimination and judgment. The movement started from Manipur but it can be a national thing,” he hopes.

While the government bodies and sports authorities are yet to take note of Hanjabam and the community’s concerns, he says that these baby steps will one day result in something historic. “Sports should be for everyone. It unites people and is celebrated across the globe. The future could be bright only if it is both ways. Just us, the members of the LGBTQIA+ community, doing our part aren’t going to be enough” says Hanjabam.

He hopes the media and influential people help him in this fight. “We did approach Reliance Foundation because they are associated with football. We are yet to hear back from them. Support from celebrities like John Abraham, who is a huge football fan, and Abhishek Bachchan, who owns a team, might help us get more traction and momentum. They already understand the world of football,” he says.

The team’s striker, Christi Thokchom, is hopeful. “I want the future to be a more supportive space for trans people. I hope society gives them the space to follow and fulfill their dream of a happy life.” Miller adds, “I wish that in the future people are more aware of our gender and treat us as equals. I hope we get the same opportunities that are being given to cisgender people.”

With hopes for a more equal and inclusive world, Hanjabam dreams of organizing big national-level games in India for queer people one day and putting the Indian LGBTQA+ sports community on the world’s radar. Hanjabam is optimistic; so are we.

Note: This news piece was originally published in mansworldindia.com and used purely for non-profit/non-commercial purposes exclusively for Human Rights . 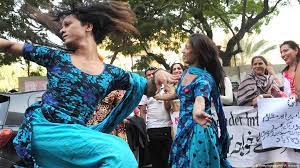 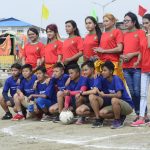