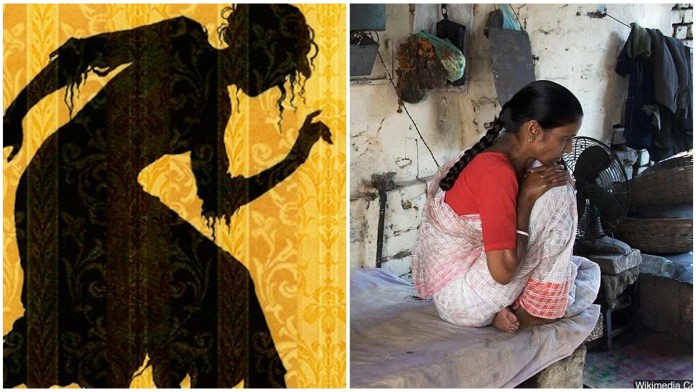 “Now why should that man have fainted? But he did and right across my path by the wall, so that I had to creep over him every time!” Charlotte Perkins Gilman questioned the very nature of an institutionalised marriage in her powerful novella ‘The Yellow Wallpaper’. The short story universalised and gave vital issues of mental health and psychological abuse a central theme that resonated with millions of women like me. Gilman employs the patterns of the psychological horror story in ‘The Yellow Wallpaper’ to criticise women’s status within the institution of marriage, particularly as practiced by the “respectable” classes of her time.

When the story was initially published, most readers thought it was just a scary fiction about a woman in a coma—a riveting, disturbing piece of entertainment, but nothing more. Readings of the story have gotten more nuanced since its rediscovery in the 20th century. The rigorous division between the “domestic” functions of the female and the “active” job of the male, according to Gilman, ensured that women remained second-class citizens in 19th century middle-class marriages. Although, it brought out issues of contention, the story revolved around a privileged background where the central character had resources.

But when it comes to the Indian rural background, instances of domestic violence are so normalised that women inherently have accepted that “mera maad mujhe har raat marega” (My husband will beat me every night). With the lack of availability of constitutional remedies and affordability, these women are forced to subdue. Given that 68 percent of India’s population lives in rural regions, addressing domestic violence in villages becomes all the more important. Women in rural settings (36%) are more likely than those in urban areas (28%) to experience domestic violence in one or more forms which also plays the forefront in deteriorating mental health of women in rural areas which are not even documented.

The contrary face of self expression
Many factors intertwine together to bring out the horrendous plight of women in rural India and this is where Gilman’s short story universalizes the experience of women to preserve the sacred social institution of marriage. The narrator’s mental restraints, rather than the physical ones, are the ones that eventually drive her to the brim of insanity. She is obliged to conceal her doubts and fears in order to maintain the appearance of a happy marriage and appear to be winning the battle against depression.

The “resting cure’s” mandatory silence and idleness have been the most uncomfortable component of her treatment from the start. She is compelled to become fully passive and is not allowed to use her mind in any manner. Writing is particularly forbidden, and ‘John’ cautions her multiple times that she must exercise self-control in order to keep her imagination from running away with her. Of course, the narrator’s eventual insanity is the result of her imaginative talent being suppressed rather than expressed. She’s always looking for an emotional and intellectual outlet, and she’s even kept a private notebook, which she’s described as a “relief” for her mind on several occasions.

A mind confined in a state of forced idleness, according to Gilman, is condemned to self-destruction. This cautionary tale implied an urge for idleness and in pursuit of intellectual expression which is in contradiction to what women in third world nations, specifically Indian women in rural areas, face. Female foeticide is a troubling practice in India, when a girl child is killed even before she is born, which is why pre-determining a child’s gender assigned at birth is prohibited. Even if a girl child is fortunate enough to be born in such communities, she must battle for her existence in a world where she is subjected to a great deal of discrimination. In comparison to her male siblings, she is subjugated and does not receive adequate nutrients. She is not allowed to attend school and is instead compelled to work in the household. As long as this lack of awareness is sustained and promoted, injustice will persist.

Dalit women in India, apart from carrying the burden of social ostracisation, also face domestic abuse and women who belong to hazardous occupational backgrounds such as manual scavenging have no resort but to continue being oppressed. The lack of remedies is harrowing and is a persistent element in the prevalence of injustice.

The shadow pandemic; the rise of domestic abuse on women during lockdowns
According to the National Crime Record Bureau (NCRB) findings accessed in 2015, 16 percent of women have experienced physical forms of domestic violence, 25% have experienced sexual forms, 52% have experienced psychological forms and 56% have experienced any type of domestic violence. The number sporadically rose during the lockdown phase where the lack of accessibility of resources and the rational fear of the epidemic collided with increased household responsibilities on women and created an environment of extreme hostility. The implication of intimate partner violence in a marriage is so potent that adolescent pregnancy, unintended pregnancy in general, miscarriage, stillbirth, intrauterine haemorrhage, nutritional deficiency, abdominal pain and other gastrointestinal problems, neurological disorders, chronic pain, disability, anxiety and post-traumatic stress disorder (PTSD), as well as noncommunicable diseases such as hypertension, cancer, and cardiovascular disease have all been linked to intimate partner violence. Domestic violence victims are also more likely to develop addictions to alcohol, tobacco, or narcotics.

Constitutional remedies in domestic violence
In order to better understand this critical issues, Dr Rama Iyer, a Bengaluru-based advocate from Legal Solutions, a law firm that has been involved in women and children related issues for over a couple of decades now, was interviewed by Citizen Matters, an independent news media outlet that deals with human rights violations, to get her thoughts on the scourge of domestic violence and how women can seek help, especially in these extraordinary times. She gave practical remedies for the accessibility of protection orders, type of domestic violence and the necessity of breaking the stigma attached and making shelter homes accessible for women in rural India who suffer from psychological and domestic violence.

When asked about the availability of shelter homes, she said that COVID-19-related work is currently inundating police departments across the country. Quarantined patients are also housed in a number of shelters.

However, it is worth noting that the All India Council of Human Rights, Liberties and Social Justice has petitioned the Delhi High Court to ensure the adoption and execution of immediate and effective measures to assist victims of domestic violence and child abuse during the lockdown. According to the petition, there is an alarming increase in domestic violence cases, and children are harmed especially more since they are cut off from support networks such as friends, teachers, relatives, coaches, and others. She also informed that if the concerned police officer refuses to register a first information report (FIR) about commission of a cognizable offence within his territorial jurisdiction, under Sec. 154(3), the informant can approach any senior officer of police or the Superintendent of Police or the Commissioner of Police with a written complaint. When asked about the process of filing a domestic violence case in India, especially for women in rural India, the procedure appears to be simple. Is it, however, working?

She added that domestic abuse lawsuits are becoming more like any other litigation on the ground. The Act was enacted to provide immediate remedy to women who were victims of domestic violence.

According to the Domestic Violence Act, the Magistrate must strive to resolve the matter within 60 days. However, some cases take almost a decade to resolve. One factor is that the courts follow lengthy procedures. Domestic violence cases are governed by the Criminal Procedure Code. This is a quasi-civil legislation, and according to the laws, when a case initially comes before the Magistrate, he must set a hearing date within three days after the filing date. This, however, does not occur frequently.

She also implied that in times of such depravity, the women in the rural areas should be able to approach the magistrate without being shunned upon, accessibility of monetary reliefs and shelter needs to be provided in order to provide better sustenance to the aggrieved person. It should also be inclusive of the LGBTQIA+ community where domestic violence and psychological abuse is prevalent.

Note: This news piece was originally published in feminisminindia.com and used purely for non-profit/non-commercial purposes exclusively for Human Rights objectives. 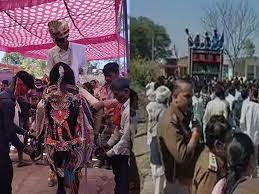 Dabangs got furious when DJ played in Dalit's wedding 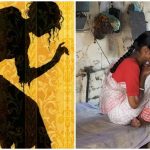