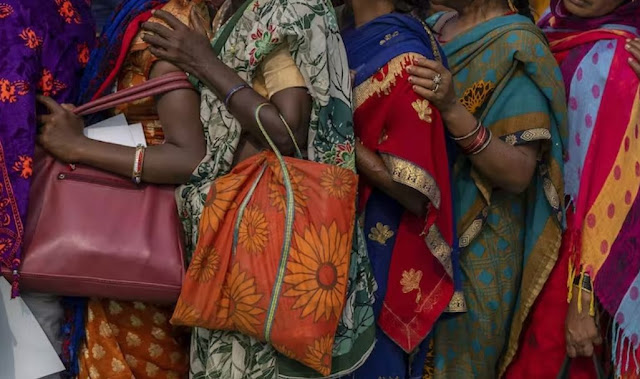 Seema and her husband did quite well when they first opened a samosa stall in the local market of a town in Bihar state, northeastern India.

But then other vendors found out who Seema was.

They yelled at her customers for buying her samosas. They threatened her husband for “polluting” the market by selling food prepared by her. She put up with it for months before giving up.

What had Seema done wrong? She had been born a Dalit, a member of the “untouchables”, the lowest group in India’s ancient and now officially obsolete caste system.

Seema didn’t look, talk or behave any differently. But someone had found out her family name, which indicated she was descended from pig farmers, a job only done by Dalits. That was enough.

While there is some debate about British colonialism amplifying it, the origins of India’s caste system go back thousands of years, and are deeply entwined in Hinduism, the religion followed by about 80% of India’s population.

Caste is essentially the stratification of people into a rigid occupational hierarchy.

According to the Manusmriti, considered one of Hinduism’s most important books of law, people are born into one of four castes, depending on their conduct in past lives.

The most virtuous come back as Brahmins, the caste of priests and scholars. Next are the Kshatriyas, who are ascribed to be rulers and warriors. Third are the Vaishya, the artists and traders. Fourth are the Shudras, only good enough to do manual labour.

Below all of them are the Dalits, the “untouchables”, excluded from all jobs except the worst-paid and most degrading – on the pretext of maintaining the spiritual purity of those in higher castes.

India officially outlawed caste-based discrimination in 1950. But it continues to be a fact of life for the estimated 200 million of India’s 1.4 billion population who are Dalits.

They are even discriminated against when applying for programs established to help them.

The plight of Dalit women

I met Seema in the summer of 2019, through a non-government organisation that provides vocational training to women.

It was about two years since she’d given up her stall. Now she was completing a cooking course. From the course she would gain a certificate she hoped would improve her chances of getting a microloan from a government bank, backed by the Reserve Bank of India and offered to people who lack the collateral that institutional lenders usually require.

A microloan might be enough to buy a sewing machine to start a clothes-mending business, or to buy cows to sell milk and cheese. Seema’s plan was to relocate to a bigger city and start a restaurant.

She had already applied for a microloan 18 months before, with no success.

When she enquired about her application’s status, she said, staff at the bank brushed her off with comments such as “we have to be extra careful with some applicants”, “I can tell just by looking at your name here on the first page that doing business will be tricky for you” and “I don’t think it’s in your blood”.

My research suggests this is a common experience for Dalit women.

The problem with microloans

Since being pioneered by economist Muhammad Yunus and the Grameen Bank in Bangladesh in the 1970s, microloan programs have been embraced as a poverty-reduction policy in many developing nations, including India.

Microloans are offered by for-profit, not-for-profit and government-owned banks. The Reserve Bank of India regulates the sector and acts as a guarantor of microloans given by banks under national government-sponsored poverty alleviation schemes.

For Dalit women, the Reserve Bank of India underwrites incentives including interest rates about half that offered to other women.

But there are increasing concerns about the poor implementation of microfinance programs. My research involves the lack of outcomes for Dalit women entrepreneurs in India.

In Bihar I interviewed almost 30 Dalit women completing vocational courses to improve their prospects for a microloan. I asked them the same question: why had they not succeeded?

The typical response was an uncomfortable silence, then tears, and then a story of being humiliated when applying for a microloan – of help being refused when filling in a form, of being told not to sit on the same chairs as other bank customers, and of their application being rejected for no good reason.

Research by myself and associates, analysing the microloan-lending decisions of 43 branches of a major bank with more than 2 million microloan customers, found 66% of rejected applications were from Dalit women.

All these rejections contravened the Reserve Bank of India’s guidance that Dalit application be decided at a higher level – presumably to avoid the discrimination at the branch level.

Dalit women face a catch-22. To qualify for a program to assist Dalits, they had to prove they’re a Dalit by supplying a government-issued caste certificate.

But this certificate then became the means for them be identified as Dalits and discriminated against.

The women I interviewed told me how much attitudes changed when bank staff saw their caste certificates. They were called “freeloaders” and “privileged”.

Dalit women, being at the bottom end of the social and patriarchal hierarchy, will seldom request a reassessment. They have already been hit with a double whammy of caste and gender discrimination, and the instruments put in place to help them have become bureaucratic weapons to perpetuate this exploitation and ostracism.

There are no simple solutions, but the first step is to understand the extent of the problem. A full audit by the the Reserve Bank of India of microfinance programs and their treatment of Dalit women is the obvious place to start.

India’s history has its fair share of nice ideas failing in practice. The work to end discrimination against Dalits will take decades. Seema may never live to see the day when revealing her family name doesn’t risk disgust.

But there’s still a chance for Seema’s two young children to live in such a world.

Note: This news piece was originally published in counterview.com and used purely for non-profit/non-commercial purposes exclusively for Human Rights 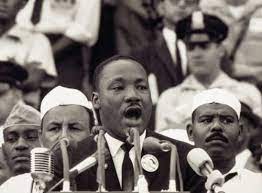 Martin Luther King Jr. influenced movements not just in the U.S. but globally 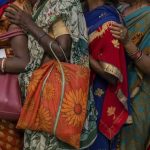