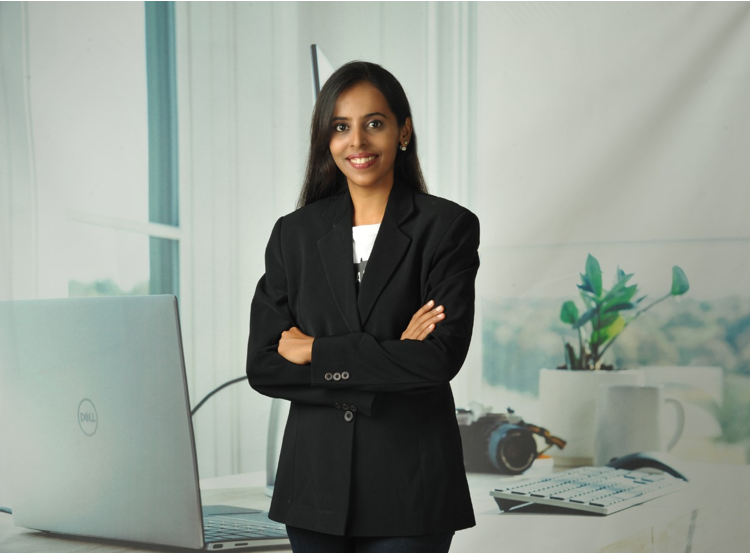 Jain’s journey in journalism started when after a personal experience, she wrote a small piece in the ‘Letters to the editor column’ of ‘The Hindu’ newspaper on the need to have a first-aid kit in trains.

From a shy girl to a confident woman, from a content writer to a young woman journalist, from working in leading media houses to working for social development, the journey of this young journalist has been profound as well as astounding. Not because she has made a mark in a field dominated by men but also because she mustered courage and stood as an example for the young generation.

We still live in a world in which a significant fraction of people, including women, believe that a woman belongs and wants to belong exclusively at home. Hailing from a community that is yet to recognise the potential in every woman, Jain had shattered the glass of gender discrimination, stereotypes and social norms.

On being asked what made her get into a field that demands courage, Jain said, “Journalism, for me, was not by choice but chance. Until my graduation, I never realised that Journalism was my calling. Thanks to the notion that is attached to journalism, there were very few people who believed that I would be able to pursue a career. The thought of Journalism was and is still associated with risk, threat, fear or danger.”

Jain’s journey in journalism started when after a personal experience, she wrote a small piece in the ‘Letters to the editor column’ of ‘The Hindu’ newspaper on the need to have a first-aid kit in trains. Her joy knew no bounds, and that was the day when she decided to bring social issues and the plight of needy people to the limelight. “I believed in myself, and with the support of my parents, I was able to move forward. Today, I can proudly say that I associate the word ‘Journalism’ with courage, respect, dignity, honour and social responsibility,” further added Jain.

Armed with a Master’s degree MJMC (Gold medallist) from the prestigious Andhra University, Jain has five years of thorough experience as a news and feature journalist in various leading print media. While pursuing her PG, Jain started her career as a freelancer with The Hindu-Metro Plus. Later, she started her full-time career with The New Indian Express, Visakhapatnam, as a reporter and a sub-trainee editor. During her first stint when Jain was 22 years old, she had written several articles on civic issues, public amenities and development in the city, which were appreciated by people.

“Working in the mainstream media had its own challenges. There were times when I was the only female reporter among the other male reporters. Sometimes, I was bullied by others, and unfortunately, there was no support. People used to mock, judge and whatnot. However, my ultimate goal was to perform well and show it through my work. So, it did not make a difference as I never took it to my heart,” reminisced Jain, who is now an inspiration for the other girls in and out of the community.

Being an avid writer, Jain wanted her writing to make an impact. After a year with TNIE, she worked with the Times of India, Visakhapatnam as a Correspondent. She has written many articles on civic issues, basic amenities in public places, human interest stories, etc. Her stories brought an impact, and it was well-received by people of the city. Also, she took a keen interest in following up on the works taken by the respective authorities. Jain’s work received huge appreciation and recognition during her career in mainstream media.

On being asked her most memorable moment, Jain said, “Around two years back, a couple of girls from a government school gathered around me for a selfie. Out of them, there were two brilliant girls who wanted my autograph. After having written a few words for them with a signature, the girls neatly folded them and told me that it was a precious gift. They said they would show this to their parents and tell them ‘I want to become like that ‘akka’ (sister) when I grow up. They promised me that they would work hard and live up to their dream of serving society. It was a heart-touching moment to see the dreams of those little girls.”

Apart from journalism and the art of writing, Jain was passionate to carve a niche for herself by being the voice of all those untold stories, the factual ones. Jain felt her calling, and she decided to highlight human interest stories. “I always wanted to voice the voiceless and write for the upliftment of the marginalised communities. My journey into the social development sector thus started. It was a dream come true,” shared Jain, who is based out of Visakhapatnam.

Jain, who believes in the saying ‘The pen is mightier than the sword’, proudly said that writing every ‘unheard story’ has given her a satisfying experience.  From featuring people with disabilities, cancer survivors to transgender people and other inspiring people, Jain has been exploring and interacting with people who have made a difference at the grass-root level as well as stood as an example. “There are many unsung heroes in the country, and each of them has an inspiring journey to narrate. I would like to unearth such stories and bring them to the limelight. If we are able to make a difference in the lives of people, our purpose is served,” expressed Jain, who was invited as a guest speaker in a number of schools and colleges.

Sharing the recent impact on society, Jain said, “After featuring the story of a visually impaired man and the challenges he has been facing, one of our readers adopted his daughter and has funded for her education and other expenses. This has been a life-changing experience not only for the girl and her parents but also for the entire Socio Story team.  Another story on a lady auto driver was appreciated by people across the country, and we had people extending help to the auto driver. Such are the stories we plan to bring out and make a difference in the lives of people.”

Jain, who is also a speaker, has many feathers to her cap. A few of her notable achievements include:

Awarded as the ‘Best young woman Journalist of Andhra Pradesh’ in 2017 for her exemplary work in voicing out people’s voices.

Awarded as the ‘Best Journalist in Print Media’ in the state by Bharat Prakasan Trust -Vijayawada.

Awarded with the ‘Golden Woman Award-Visakhapatnam’ in 2020.

Felicitated and awarded by various organisations like Vasavi club, Rotary clubs, Vizag Journalist Forum and other clubs as a young, dynamic achiever.

Invited as a panel judge for the International women’s day conference held by UNIC and other national conferences held at Gitam University, Junior Chamber International, etc. 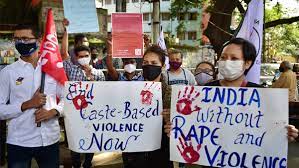 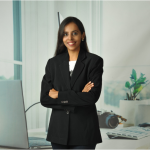