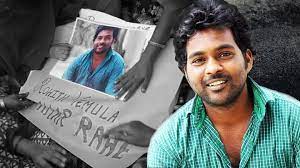 Rohith Vemula passed away on 17 January, 2016. Seven years later, Yashica Dutt writes on the impact of his words.

It’s been seven years. The stardust you poured from your words now blooms in the trenches of the new narratives of caste awareness. Your letter, ink-scribbled on a sheet of lined paper, was molten lead. That they threatened to drain into our ears when we heard a single word of their made-up language. It was lava that paved the streets, where a ‘man’ was never a mind, reduced to their nearest identity and immediate possibility. Gushing forth and soldering into the crevices of caste that appraised how much we were worth.

Those streets, Rohith, now echo with your name. Many still stubbornly stick their fingers into their ears to drown them, but our voices get louder and stronger.

You said that you didn’t believe in spirits. But you did believe that you could travel to the stars. You must have landed. How else does one explain the stir you left in your wake, make sense of the opening of a portal that had been guarded by governments, bureaucracies, and institutional might for decades. By one letter. Words in a single file, disorderly and perfectly in tune.

Your ‘first time of a final letter’, forged by your luminosity, was a clarion. A burning note of despair and heartbreak. It seared onto brains, pierced through guts, and emblazoned through the collective memories across generations.

For some, it was the first real evidence of caste that had held them by the jaw and compelled them to stare directly into the crushing disappointment that rises like smog from the being of a Dalit person lost to a brutal system. The first trace of exclusion, bias, inequality that they could not overlook with ease, even though they tried; of course they tried. For others, it was a first of a different kind. The first instance of a mirror reading back feelings they never had the courage to locate in their bodies. The first rhyme of rebellion in minds that were chained into submitting to the pursuit of an equality that might never be theirs.

The feverish first of the audacity to admit to defeat in the hands of an unjust ideology that was designed for us to fail. Dalits read your letter as the first time someone had spoken directly to them, instead of at them. The most masterful piece of Dalit writing in recent memory.

It Wasn’t Your letter That Allowed Me To Come Out as Dalit. It Was You

I was among the Dalits who were never the same since the first time they read your letter. Your words made me part with a secret I had carried so close to my spirit, it had come to define me. Your script allowed me to wrestle away from the last hanging chain-link of shame that kept me cuffed to proving myself as worthy over and over and failing anyway. Your writing made me free, in every way that was possible.

As many times as these words from your letter have been reproduced since January, seven years ago, and bear repeating that many times and more, you always wanted to be a writer. A writer of science, like Carl Sagan.

You said you lived your life in the shadows, never giving up dreaming about stars. That you felt a growing gap between your soul and your body. That you wanted your funeral to be silent and smooth. You wanted us to react to your death as if you had just appeared and were gone. Forgive us, Rohith, but we could not do that.

Even though those who hold on their caste so tightly wished we had. We could not not see the gap that you felt between your soul and body was also felt inside of us. Not acknowledge that the anxiety that consumed you, making you desperate to start a life, had also threatened to overcome so many of us, lest that bare thread of opportunity be snatched, just as easily and swiftly as it was taken from you.

We could not accept that your birth was a fatal accident when instead it became the celestial event that happens ever so rarely that it changes the course of civilization.

It was you Rohith, the unappreciated child of your past, who shifted the axis of what it means to be born ‘lower’, forever. Your words carried meaning because they carried the transcendent essence of you. You would have possibly shifted that axis even harder and more definitively had you not been snatched from us. Make no mistake, your words are lava but you, you were the volcano.

You blazed with fury at the casteism that had become the norm and refused to be treated anything less than what you knew you were worth, as an equal. You suffered through a thousand eruptions and held on as long as you could. And gave up when you couldn’t. For that, we cannot blame you. You said you were happy dead than being alive. Payal Tadvi, Senthil Kumar, Balmukund Bharti with the hundreds of Dalit and Adivasi students who were forced into the same fate as you, before then and since, would perhaps agree. A society that is built on robbing the dignity, the opportunity, and the existence of those it deems lower will continue to clobber those who resist into submission.

The promise that jumps out from your last letter is all the testimony we need to know that giving into hope in a system that values dead Dalits more than those who are alive, is biggest rebellion we can muster.

Your writing is proof that any one of us could alter the reality of our caste as we know it. Marking our resistance, whatever their size, in ways that perforate the fabric of this establishment of denial and deflection of caste is the only way to also mark our existence.

Today and always, we remember you and acknowledge the life you had to give up to shape our understanding of caste as know it.

Forever in hope and resistance,

I would not be around when you read this letter. Don’t get angry on me. I know some of you truly cared for me, loved me and treated me very well. I have no complaints on anyone. It was always with myself I had problems. I feel a growing gap between my soul and my body. And I have become a monster. I always wanted to be a writer. A writer of science, like Carl Sagan. At last, this is the only letter I am getting to write.

I always wanted to be a writer. A writer of science, like Carl Sagan.

I loved Science, Stars, Nature, but then I loved people without knowing that people have long since divorced from nature. Our feelings are second handed. Our love is constructed. Our beliefs colored. Our originality valid through artificial art. It has become truly difficult to love without getting hurt.

The value of a man was reduced to his immediate identity and nearest possibility. To a vote. To a number. To a thing. Never was a man treated as a mind. As a glorious thing made up of star dust. In every field, in studies, in streets, in politics, and in dying and living.

I am writing this kind of letter for the first time. My first time of a final letter. Forgive me if I fail to make sense.

My birth is my fatal accident. I can never recover from my childhood loneliness. The unappreciated child from my past.

May be I was wrong, all the while, in understanding world. In understanding love, pain, life, death. There was no urgency. But I always was rushing. Desperate to start a life. All the while, some people, for them, life itself is curse. My birth is my fatal accident. I can never recover from my childhood loneliness. The unappreciated child from my past.

I am not hurt at this moment. I am not sad. I am just empty. Unconcerned about myself. That’s pathetic. And that’s why I am doing this.

People may dub me as a coward. And selfish, or stupid once I am gone. I am not bothered about what I am called. I don’t believe in after-death stories, ghosts, or spirits. If there is anything at all I believe, I believe that I can travel to the stars. And know about the other worlds.

If you, who is reading this letter can do anything for me, I have to get 7 months of my fellowship, one lakh and seventy five thousand rupees. Please see to it that my family is paid that. I have to give some 40 thousand to Ramji. He never asked them back. But please pay that to him from that.

Let my funeral be silent and smooth. Behave like I just appeared and gone. Do not shed tears for me. Know that I am happy dead than being alive.

“From shadows to the stars.” 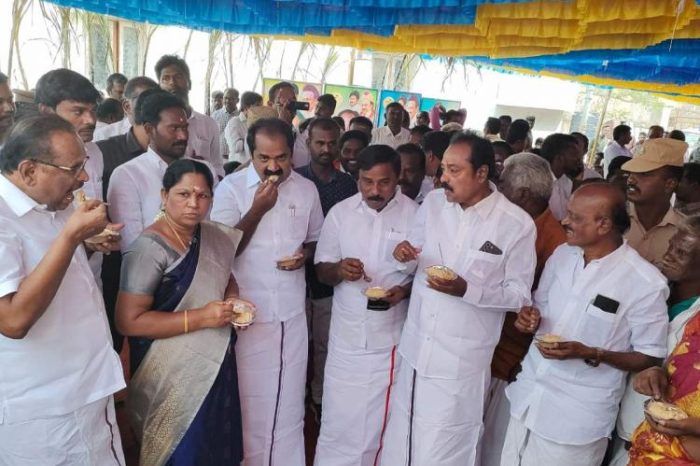 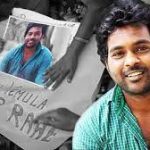