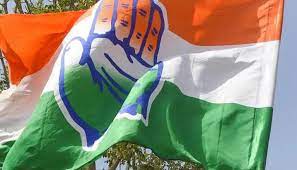 Ajmer is famous for the shrine of Khwaja Moinuddin Chishti, and Somnath is popular for a temple of Lord Mahadev

Ahead of the upcoming Gujarat Assembly polls, a Congress candidate from Rajkot has courted a controversy with his comments about religious places Ajmer and Somnath during a public meeting. His rival Bharatiya Janata Party (BJP) candidate claimed such remarks were objectionable for the Hindu community.

Indranil Rajguru, the former Congress MLA who is contesting on the party ticket from Rajkot (East) seat, on Saturday told a gathering, mostly comprising Muslim audience, in the constituency that they should chant “Har Har Mahadev” after him.

The crowd members did the same. “In my view, Mahadev and Allah are the same. Mahadev resides in Ajmer, and Allah resides in Somnath. Allahu Akbar (God is great),” Rajguru said addressing the gathering.

Ajmer is famous for the shrine of Khwaja Moinuddin Chishti, and Somnath is popular for a temple of Lord Mahadev.

“In my view Mahadev and Allah are the same. I feel joy in taking my Hindu brothers to Lord Mahadev (Somnath) on a bus. But I feel the same joy when I go to Ajmer with trains full of people…Those who seek to reform us should know we are all human beings. Allahu Akbar. Har Har Madev,” said Rajguru, who recently returned to the Congress after a short stint with the Aam Aadmi Party. A video of Rajguru’s rmarks went viral on social media on Sunday.

Later, Rajguru said, “A clip of mine saying ‘Allahu Akbar’ has surfaced. In the same clip, people should also listen to 5,000 Muslims chanting ‘Har Har Mahadev’.” He said the opponent BJP made viral a portion of his speech in which he is seen saying ‘Allahu Akbar’. “I asked them (the public gathering) that if I do not feel ashamed in taking Allah’s name, then should you feel ashamed of taking the name of Mahadev? When I said ‘Allahu Akbar’, then 5,000 people chanted ‘Har Har Mahadev’. This is the reality of the video,” Rajguru said.

However, BJP’s Uday Kangad, who is contesting against Rajguru from Rajkot (East), said, “There is a great difference. Such a statement is objectionable for the Hindu community…Somnath is revered across the country, is the first jyotirling. One should not say something like this.”

Religious leader from Ahmedabad Chaitanya Shambhu Maharaj said he strongly condemns Rajguru’s statements. “This is an example of how low a person can stoop for votes. By such a statement he has insulted not just the Hindus but also Muslims. This is just an attempt to woo Hindu and Muslim voters,” he claimed.

Elections for the 182-member Gujarat Assembly will be held in two phases on December 1 and 5.

Note: This news piece was originally published in deccanherald.in and used purely for non-profit/non-commercial purposes exclusively for Human Rights . 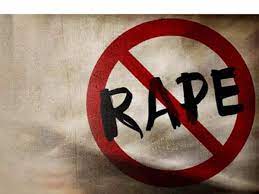 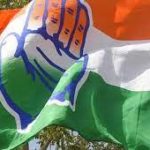