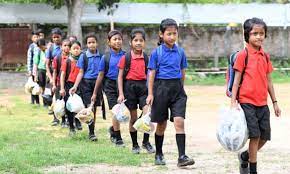 Nagpur: A city NGO has helped a bright student, the son of landless agricultural labourers from Odisha, not just save an academic year but also fulfil his dream of pursuing higher education overseas. The student’s application had been rejected by the Union ministry of social justice and empowerment despite the applicant meeting all prescribed conditions.

‘The Platform’, an organization of Ambedkarite thinkers from Nagpur, filed a writ petition on behalf of the Odisha boy in the Delhi high court, which ruled in their favour on September 29. Though the ministry issued a provisional scholarship award letter to the aggrieved student Aruna Mahananda on October 1, it is yet to release confirmation letter.

The NOS portal for this year’s applications closed on October 15.

Alleging similar denial of benefits under the National Overseas Scholarship (NOS) to many eligible students, 27-year-old Aruna said in case the ministry holds back the final letter he may lose another year. The ministry had rejected his application this time stating his marks were below the cut off 60% while in earlier two attempts it was rejected for “lack of required documents”. However, he submitted before the court that he had scored 68% at post-graduation level.

Aruna hails from Kalahandi district, which is one of the most backward places in the country. “My father is a poor labourer. I am the first generation to be educated in the family. There is no one in my family to guide me on how to get the process expedited. The Platform helped me file a case and get the provisional NOS letter,” he said.

Aruna has done MA in social work, criminology, and justice from TISS Mumbai in 2018, This was his third attempt to secure the NOS. University of Essex (United Kingdom) has confirmed his admission to PhD in criminology. The programme began on October 7 but due to the ministry’s delays, Aruna has already missed the joining date.

“I lost two years because of their mistake. University of Essex has sought confirmation from the ministry but it is not responding. Last date for PhD registration is November 3. The ministry is aware of this. For no reason, I am running pillar to post. Many eligible students don’t opt for legal process fearing similar harassment. I feel mentally harassed,” said Aruna.

Vishal Kharat, a student from

said, “For the last 2 year, I’m trying to get this scholarship for PhD in arts, but many times the scholarship portal doesn’t work properly. The ministry and NOS department should update the website.”

It stated his marks were below cut off percentage of 60%

NOS is for children of SC, ST and landless agricultural labourers

Aruna approached The Platform of Nagpur to move Delhi HC

HC ruled in his favour on Sep 29

On Oct 1, ministry issued provisional award letter but is yet to release final letter

The fight is not over yet and we will file a PIL in the court to resolve all the issues soon.

Rajiv Khobragade | Member of The Platform 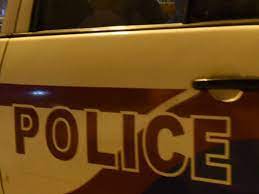 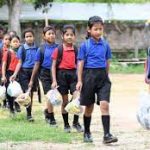