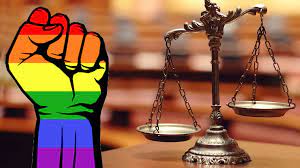 The transgender community has been an integral part of Indian society. References to the role played by them are replete in scriptures such as the Mahabharata and the Ramayana. During the Moghul rule, the transgender were recognised and vested with specific duties in the royal courts and harems. Their status started declining with the colonial invasion of India and the enactment of the Criminal Tribes Act, 1871. The Act criminalised a transgender person and stipulated punishment up to two years if they appeared in public dressed as a woman. But after the enactment of the Indian Constitution, the right to equality under Article 14 and the right to life under Article 21 were made equally applicable to them.

The Supreme Court, in National Legal Services Authority v. Union of India (2014), treated them as the third gender for safeguarding their fundamental rights under Part III of the Constitution. The court, through its judgement, issued directives to the Centre and the state to provide reservations in educational institutions and public appointments, frame social welfare schemes, provide access to medical care, and conduct in-depth studies to understand their problems and sensitise the general public.

Despite the directives and various measures undertaken by the government, there are no provisions to ensure that they are legally protected. In Shanavi Ponnunswamy v. Ministry of Civil Aviation (2022), the court categorically observed that the transgender are yet to be “included” into mainstream society. The case was an eye-opener, as it noted that discrimination still persists and there is a need for “mainstreaming” them. Hence, this necessitates the need for appropriate state interventions by providing the transgender community with free legal aid and awareness to create and enhance access to justice.

Interventions in the form of legal aid and awareness are crucial elements in ensuring transgender rights. In the majority of instances, a transgender person is forced to leave their home, give up their entitlements, and turn to either begging or prostitution. Access to employment opportunities and admissions in higher education institutions is still negligible. Their discrimination not only blatantly disregards human rights but also is antithetical to the very essence of the Constitution. This “othering” of them from society exposes them to the risk of being subjected to atrocities and legal exclusion. The transgender community has found some respite through the enactment of the Transgender Persons (Protection of Rights) Act, 2019 and Rules of 2020.

Despite the letter of the law recognising them, they are still ostracised and fighting to make inroads into mainstream public life. The National Crime Records Bureau (NCRB) indicates rising crime, and the National Portal for Transgender, hosted by the Department of Social Justice and Empowerment, indicates that a large number of identity documentation for the transgender community are still pending. Hence, the issue needs to be addressed from a legal angle by providing them access to legal institutions through legal aid and awareness mechanisms.

As per the 2011 Census data, there are 4,87,803 transgender people in India. As per the information available with the Ministry of Social Justice, only Tamil Nadu, Kerala, Karnataka, Maharashtra, Gujarat, Rajasthan, Chandigarh, Uttar Pradesh, Bihar, West Bengal, Tripura, and Mizoram have constituted transgender welfare boards or commissions.

The National Legal Services Authority (NALSA), which successfully defended the rights of the transgender before the SC, is yet to formulate any schemes for their welfare. The situation necessitates the implementation of extensive awareness programmes about their rights and sensitise people about transgender issues, currently lacking in NALSA’s awareness campaigns. The State Legal Services Authority should engage in such awareness drives in association with the Law Schools Legal Aid Clinics actively involving students in sensitising community members and undertaking social action litigation on their behalf.

Globally, the UN has laid out 17 goals to achieve sustainable development by 2030. As a UN signatory, India needs to integrate Goal 5 and Goal 16, which call for achieving gender justice and promoting peaceful and inclusive societies for sustainable development by providing access to justice for all and building effective, accountable, and inclusive institutions at all levels. If the State intends to bring the transgender community into mainstream society, it should actively engage in legal awareness and provide access to justice through free legal aid.

(The writer is a Senior Asst Professor at Ramaiah College of Law, Bengaluru.)

Note: This news piece was originally published in deccanherald.com and used purely for non-profit/non-commercial purposes exclusively for Human Rights 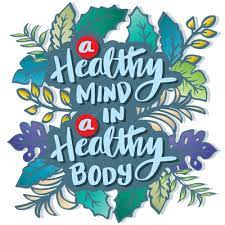 A healthy mind for a healthy body 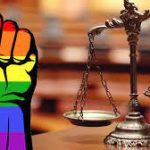