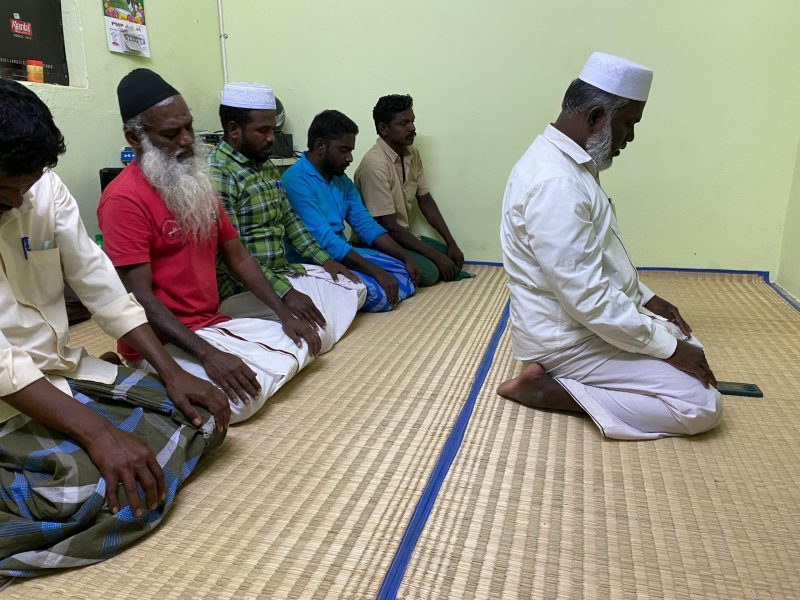 Years of battling discrimination, violence and false cases foisted on educated youths have forced a group of 40 Dalits in Dombuchery village in Bodinayakanur town in southern Tamil Nadu, to embrace Islam.

A group of 40 Dalits from ten families in Dombuchery, a village situated in Theni district, around 520 km from Chennai, converted to Islam in December 2021. Incidentally, Bodinayakanur is the constituency of the former Chief Minister of Tamil Nadu and senior leader of the AIADMK, O Panneerselvam.

The Tamil Nadu BJP unit and other Sangh Parivar outfits have been alleging forced religious conversions in the state, after a 17-year-old girl studying in a minority institution ended her life last month. The BJP state unit has also been demanding an Anti-Conversion law for the state.

On a visit to Dombuchery village last week, the villagers who had recently embraced Islam in December, shared their stories with The Federal.

The Dalits turned Muslims alleged they were forced to take this step after continuously being the target of hate by caste-Hindus in the village, particularly by the Piramalai Kallars, a Most Backward Community (MBC), a sub-caste of Kallars and part of the Mukkulathor caste.

“Even if we walk on the street or our kids cycle through their streets, we are continuously heckled by the caste-Hindus. They don’t want us to be on par with them either financially or educationally,” said Yaser Arafath, a villager, whose name earlier was Veeramani.

Added Arafath, “After every single clash and fight, though we were the victims of assault, the police would file a case against us. I even lost count of the number of cases against me, it must be four, I think. Even now I have come from the police station signing the conditional bail.”

Cases were also foisted on the educated youths even if they were not in the village at the time of the incident, said these new converts to Islam.

According to Ismail, as many as six cases have been registered against Manoj, who is the only lawyer from the Dalit community. “In a recent clash that transpired on Deepavali, a case was registered against a woman working in an anganwadi centre. She is the only government employee from our community in this village,” said Ismail.

The police cases were impacting their livelihood, pointed out Arafath. They would have to visit the police station to register their presence before 10.30am for 15 days. “After 10.30am, where will I go for a job? Who will offer me farm work after 10am?” he asked with exasperation.

In the Dombuchery village, according to the villagers, there are about 800 OBC families, 200 MBC families and around 400 Dalit families.

Finally, the villagers said, they saw no way out of the discrimination and the violence but to embrace Islam.

“The only reason for discrimination and clashes is caste. It is only because I am in this religion, they say I belong to this caste. So, I left Hinduism and embraced Islam,” said Ismail, adding that they could not bear being humiliated any longer because they belonged to the Scheduled Caste (SC).

Vairamuthu, who changed his name to Mohammed Ali Jinnah after his conversion, is a functionary in a Tamil Puligal outfit, said discrimination against SCs continues to prevail in villages despite several laws and rules.

“If we go to the barber shops in the village, they will not cut our hair. We have to go to a nearby village to get a haircut. Even the twin tumbler system was in practice until recently,” he said.

Further, he said there are two bus stops in their village and in both the bus stops, caste slurs were hurled at them. “A lot of girl children have stopped going to school because of such incidents. We believe after converting our religion, this will not happen anymore,” said Jinnah. He truly believed that after embracing Islam they could lead a more harmonious and peaceful life now in the village.

Abdul Razak, the first-ever Dalit to successfully embrace Islam and practice the religion for over 30 years in Dombuchery, said that having to deal with violence had been the primary cause to convert even back then.

“I had land, a house and all that a caste-Hindu owned. But, I was still discriminated against and heckled all the time. I was not allowed to sit on benches in the school. After growing up, I couldn’t tolerate it and when I started talking back, the violence began,” shared Razak.

“I fought in all ways possible. I filed complaints and I held protests. I questioned the lack of action by the authorities over the complaints. But, nothing worked. It is only after I went out of my village and worked in a Muslim’s house, I saw how he treated me on par with him. That’s when I realised what Islam is and embraced the religion. I converted in 1990 and these people are doing it in 2022,” he said, adding that obviously nothing has changed after all these years.

At Nadu Theru (Central Street) in Dombuchery village, where a lot of caste-Hindus reside, villagers said that they were unable to control the young people in their community.

Nagarajan, a villager residing in Nadu Theru said that they were raised to believe that they were “superior” to others in the village. “But, we are definitely not for violence. It’s not that the entire village is casteist. Only now people are slowly getting educated and the change will happen,” he said on a positive note.

Meanwhile, the 40 Dalits who converted to Islam say at this point there seemed no way out of the life-long harassment and taunts except to shun Hinduism.

Note: This news piece was originally published in www.counterview.net and used purely for non-profit/non-commercial purposes exclusively for Human Rights objectives. 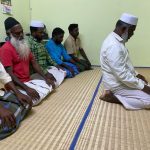