During the Covid-19 pandemic, Dalit women and girls faced a loss of livelihood and a rise in incidences of sexual violence. A report researched and authored by Dalit women activists and Dalit women human rights defenders using data and case studies from 13 Indian States, including Odisha, was released here revealing the fact, on Sunday.

“The lockdown changed our lives starkly. Many cases of rape, sexual violence, and other forms of abuse against women happened during this period,” said Manjula Pradeep, National Convener of the National Council of Women Leaders (NCWL).She added that activists, NGOs, and women’s organisations play an important role in following up on these cases and in emotionally supporting survivors and keeping their morale high.

“We need to focus on the boys and men as well. We need to change their thought process so that they don’t commit these crimes,” said chief guest, Pushpanjali Mishra, from District Social Welfare Office (DSWO), Khurda. The point was further endorsed by Sangeeta Padhi from Child Development Project Office (CDPO).

Swati Tanmaya Mishra from District Child Protection Unit said, “We need regular awareness camps, not just once a year, but regular camps to raise awareness about violence and how we are all responsible for protecting victims. Without groundwork, no rules or schemes will work well. Meetings of caste leaders have proved effective in controlling child marriages; they could similarly work in stopping sexual

violence. We need to strengthen adolescent forums like Advika, Sakhi-Saheli, and Sakha-Bandhu as well. Convergent meetings with police officials, Government workers, and lawyers need to be held so that we can all work together.”

Note: This news piece was originally published in thepioneer.com and used purely for non-profit/non-commercial purposes exclusively for Human Rights . 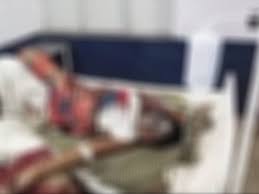 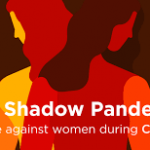