Jai Bheem: The film ‘Jai Bheem’, released in the year 2021, shows the story of the Irulur tribal community and the vandalism that has happened to them over the years. This film is based on a true incident that happened in 1993 in Tamil Nadu. In which the case fought by Justice Chandru is shown. Police atrocities have also been shown in Jai Bhim. Along with this, this film also takes a dig at the system. In this film, Suriya played the role of advocate Chandru and Lijomol Jose played the role of Sengani in a brilliant manner. At the same time, director TJ Gnanavel has also shot the courtroom drama very well. Actors like Manikandan, Rajisha Vijayan, Prakash Raj and Rao Ramesh have appeared in the lead roles in the film Jai Bheem.

Sairat: The Marathi film ‘Sairat’, released in 2016, earned a lot at the box office. Made in a budget of 4 crores, the film had grossed more than Rs 110 crores overall. Please tell that in the film Sairat, there is a story of injustice to Dalits.

Mukkabaaz: In Anurag Kashyap’s film Mukkabaaz, the roots of casteism have been shown till the competition of sports. The film depicts the story of a Dalit boxer Shravan Kumar (Vineet Shrinate), who is humiliated everyday at the hands of his coach and the local boxing federation director, but Shravan Kumar succeeds in boxing on the strength of his ability.

Aarakshan: Aarakshan is a 2011 Hindi movie. Which was made on the serious issue of widespread reservation in the country. Amitabh Bachchan, Saif Ali Khan, Deepika Padukone and Manoj Bajpayee were seen in the lead roles in the film. The film was directed by Prakash Jha.

Shudra The Rising: Filmmaker director Sanjeev Jaiswal’s film Shudra The Rising is the story of twenty five crore people of the country, who have been suffering oppression for centuries. The problem of Dalits being deprived of their basic rights has been effectively raised in this film.

Ankur (1973): Director Shyam Benegal has poignantly depicted the discrimination against an entire class in the film ‘Ankur’. This was Shyam Benegal’s first feature film which also won three National Awards. In this film directed by Shyam Benegal, Shabana has played the role of Lakshmi, a married maid. Lakshmi falls in love with Surya, a college student who has come to the village to pursue her landlord father’s business. Lakshmi becomes pregnant, at such a time Surya leaves her side.

Masaan: Directed by Neeraj Ghaywan, the film Masaan was released on July 24, 2015. The story of ‘Masaan’ is based on the ghats of Banaras. The stories of four people from a small town have been shown in this film. One of them is the story of Deepak (Vicky Kaushal), who works in the crematorium, who belongs to the lower class i.e. Dom caste. Deepak hates the work of cremation and cremation and wants to get rid of it. The story of hope against all odds has been shown through this film. Vicky Kaushal, Richa Chadha, Sanjay Mishra, Shweta Tripathi and Vineet Kumar were in the lead roles in the film.

Neecha Nagar: In the year 1946, Chetan Anand made a film named ‘Neecha Nagar’, which was awarded the Best Film Award (Palme d’Or) at the Cannes Film Festival. ‘Neecha Nagar’ is based on Gorky’s 1902 work ‘The Lower Depths’. In this film, a bully closes the pipe line of clean water coming to a poor area. Due to which there is an outcry in the township regarding water and the people there get sick after drinking dirty water and people start dying.

Frandy: In the film, a boy named Jabya belongs to an alleged lower caste. That’s why he and his family live outside the village. Jabya’s father does odd jobs, including catching pigs. On the other hand, Jabya hides his identity from everyone. He falls in love one-sidedly with Shalu, an upper caste girl studying in his school. In the end of the film, those people of the society are pelted with stones, who still exploit the Dalits and keep small thoughts.

Damul came in the year 1984. The film highlights the issue of migration of poor villagers of Bihar. Director Prakash Jha’s film Damul is the story of a laborer who is forced to steal for his landlord. The film stars Anu Kapoor, Srila Majumdar, Manohar Singh, Dipti Naval and Ranjan Kamath in the lead roles.

Sujata: It tries to show the wrong mindset of the society which is making the society hollow and the film proves that mindset wrong as well. This film gives a message to the society that Chhua Chhoot is your illusion. God has made everyone the same. The film also inspires people for inter-caste marriages. This film is directed by Bimal Roy.

Every week many films are released in the theatre, some of which are masala films, which are made for the entertainment of the people. Many films come with a social message and show a mirror to the society. By the way, in our country very few films are made on women’s rights and casteism. Today we are going to tell you about some such brilliant films made on casteism, which openly talk about caste discrimination. 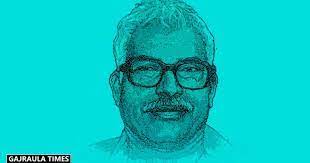