AGRA: A 21-year-old first-year MBBS student allegedly hanged himself to death in his hostel room at Firozabad Medical College on Saturday. The family of victim Shailendra Kumar alleged he was “being exploited by the college administration since he was a Dalit”. The college, started recently, is an autonomous institution under the state government.

The college principal, Dr Sangeeta Aneja, exam controller Gaurav Singh, hostel wardens Munish Khanna, Naushar Hussain and computer operator Ayush Jain have been booked under IPC sections 306 (abetment of suicide) and 3(2)(v) of the SC/ST (Prevention of Atrocities) Act following a complaint by the victim’s father. His last rites were performed amid tight security in Firozabad on Sunday, police said.

Kumar’s father, Udai Singh Shankwar, who works as a bangle-maker, said, “My son used to speak out against the malpractices and lack of basic facilities in the college. The college authorities even threatened to fail him in exams and suspend him. He was not allowed to appear for the physiology exam that was held on Saturday morning. Hours later, he was found hanging in his hostel room.”

Note: This news piece was originally published in timesofindia and used purely for non-profit/non-commercial purposes exclusively for Human Rights . 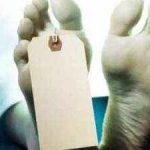