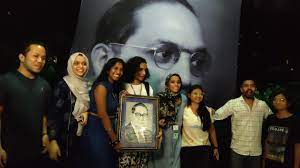 The Ambedkar Students Association (ASA) led Dalit, Adivasi, Muslim, Northeastern and Queer alliance registered a resounding victory in the Mumbai Tata Institute of Social Sciences (TISS) Students’ Union polls bagging 10 of the 11 posts for which the elections were held on Friday.

More than 25 candidates were in the fray for 11 posts. For the executive posts, the contest was between ASA led alliance, left student body Progressive Students Federation and pro Hindutva body SAATH.

According to Dalit politician Prashant Kanojia, the elected president of Mumbai TISS Student Council, Pratik Permey is the first transgender who won the student union president election in India’s history.

Permey, a vocal queer activist is a tribal student leader from northeastern India.

“This is a victory of oppressed unity. This is a victory over hate,” said Nidha Parveen, national executive member of Fraternity Movement. Nidha who were one of the forefront figures in the anti-CAA protest won the Vice President post with more than 300 votes margin.

Note: This news piece was originally published in maktoob.com and used purely for non-profit/non-commercial purposes exclusively for Human Rights . 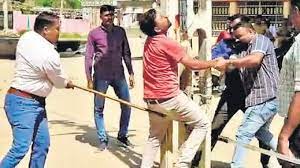 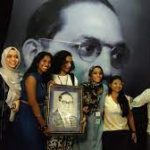