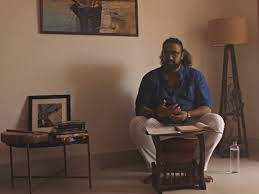 In an interview with TwoCircles.net, award winning Dalit theatre artist Vamsi Matta talks about his experiences as a Dalit which inform the questions, topics and mediums he engages with.

NEW DELHI — Vamsi Matta is an award-winning theatre artist whose practice is influenced and informed by his Dalit identity. In his recent performance piece called “Come Eat with Me”, which is an exploration of stories about caste and its relationship with food, he goes to people’s houses and cooks food in their kitchen to normalise Dalit cuisine, which historically speaking, has been viewed with disdain and disgust by upper caste groups. Vamsi’s cooking is accompanied by stories that are personal and heavily informed by his Dalit identity.

Can you tell us about your theatre practices and especially the performance of Come Eat With Me at Goethe Institute recently in Delhi?

My performance and practice radically reimagine the relationship between material, technique and function, and also reimagines the relationship between performer and audience. It invites audience members to participate in the creation of the performance itself, with their experiences informing the material and form of the performance, making each show a unique experience. This has been lately the direction I have been taking for my work.

All my work talks from my social location, a Dalit man. I constantly try to question the status quo. I want to deconstruct the idea of homogeneity. I want to talk about everything that happens in the ambit of notions of purity, what makes it and what breaks it. My work is deeply rooted in the ideals of Ambedkar and ideas of radical liberation. I feel I want to tell stories that are not only educational and entertaining, but I also want them to be emancipatory and liberating to both the oppressor and the oppressed. And Come Eat With me is taking me in that direction.

What sets you and your art apart in the world of contemporary creative performance tradition?

As for Come Eat With Me, the major aim of this project was to take the conversation of caste and its relationship with food to elite spaces that are most often inaccessible to members of my community, and artists like me. A conversation on contemporary memories of Dalit cuisine/food is inextricably linked to the oppression of the caste system, and equally to the erasure of this discourse that privileged sections of society and culture can conveniently forget within sanitised and gate-kept spaces. As part of this project, I wanted to access these spaces, and hope to reverse the erasure through interaction, debate and the process of creating language around caste and how food acts as a metaphor for cultural hierarchy. 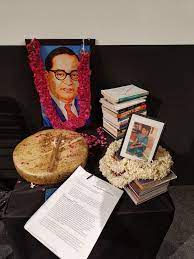 The entire apparatus of the performance involves substantial labour and finance. Is that a barrier towards reaching more (and also diverse) audiences?

It is exhausting in every way—physically, mentally and economically. But, I believe this work is so brilliant that the reach is just going to increase exponentially. I would like to believe that my work is in continuation of the larger Dalit-Bahujan movement in the world. It has a lot of hurdles, and it is time and capital-consuming, but I will break even (in all senses) in the future.

What would be, according to you, an ideal reaction from the spectator?

I want them to reflect, not just about the ‘other’, but about themselves.

Do you think the performance would reverberate most with the literate spectator, and that too a male?

When I started performing, a larger chunk of my audience was urban females. But then as it grew men started coming in. I performed in non-urban settings as well, and it worked very well because hunger and pain caused by hunger is something everyone experiences in varied capacities and as a performance, it tries to talk to that experience.

What is your take on the subaltern body in the art world?

In the art world, when you see a subaltern body especially created by the Savarna or the Savarna gaze it is often a brutalized subaltern body. They want brutalization to be performed, but what about things like Joy, Power or Greatness? But when the gaze is removed and we perform our stories, we create our art. It comes from a place of empowerment. That is what is missing in most art. We are not seen anywhere, we are often invisibilized; our bodies are brutalized and then erased.

We often think of our mothers whenever it comes to food. Your questions during the performance were at places prodding, nostalgic yet also triggering. What do you think about this?

It is very conflicting to be able to tell these stories, but that is the point, “Let me share the messiness I feel with all of you and how are you making space for it?”. It can easily become nostalgic for my audience, but by sharing this messiness we can go beyond that and offer a critical thought.

What is your take on the Dalit feminist critique of Brahmanical aesthetics?

If I have to define the aesthetic of the work I produce, it is the Dalit Feminist Stand-point. I feel it is the need of the hour. Contemporary rules about what we value as art, art education and even aesthetics remain largely informed by classical traditions formulated centuries ago by the upper-caste folks in power. The Dalit-feminist critique is meant to disrupt that tradition and to question who formulated them. It also asks the question that why must we not engage with and interrogate them with the art and stories of our caste and intellectual ancestors. This critique will not only challenge some of these castes, and gender-based assumptions but pave the way for critical enquiry into how we can truly become egalitarian. It is not just rejection, it is about what wisdom it can offer.

The act ends with a bonhomie, which is an absolute delight to the senses. Does it ever overpower the performer and his performance?

My performance continues until the last person in the audience has eaten my meal. As much as I am the performer, my food is also the performer, so there is no question of one performer overpowering the other.

Aatika S. is a fellow in the SEEDS-TCN mentorship program.

Note: This news piece was originally published in twocircles.net and used purely for non-profit/non-commercial purposes exclusively for Human Rights . 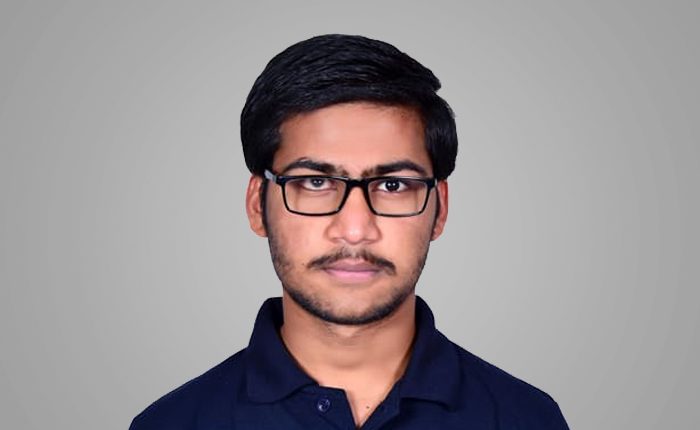 ‘The only option was to study: How a disabled Dalit student cracked JEE Advanced 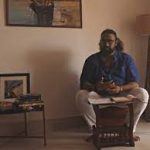