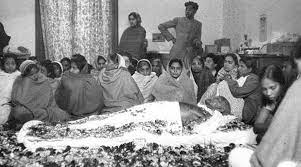 After his death, India lost a certain pact with tolerance, truth and non-violence.

India had not been independent for even six months and was still in the midst of vicious communal violence following Partition when Mahatma Gandhi was assassinated by Nathuram Godse. Godse was a radical Hindu who blamed him for his “constant and consistent pandering of Muslims”. Godse, a Brahmin from Poona (now Pune) and a member of the Hindu Mahasabha, stated later that he was also provoked by Gandhi’s “last pro-Muslim fast”, [which] “at last goaded me to the conclusion that the existence of Gandhi should be brought to an end immediately”. Gandhi undertook this fast on January 13, 1948, insisting that the newly formed Government of India release the money owed to Pakistan. He ended it on January 18.

According to a report in The Hindu announcing Gandhi’s death, the “Father of the Nation” was shot at 5:12 p.m. and he died 15 minutes later. Gandhi was at Birla House (subsequently converted into a museum) in Delhi and was on his way to his scheduled prayer meeting which was slated to begin at 5 p.m. Gandhi walked to the prayer mandap leaning on the shoulders of Ava Gandhi and Manu Gandhi, his grand daughter-in-law and grandniece, respectively, Godse walked up to him, bowed his head and said, “You are late today for prayer.” Gandhi replied, “Yes, I am.” At that moment Godse pumped three bullets into the frail body of the 79-year-old leader, considered almost a saint by millions of followers.

Gandhi, who had survived five assassination attempts prior to Godse’s fatal action, had said two days earlier: “If I’m to die by the bullet of a mad man, I must do so smiling. God must be in my heart and on my lips. And if anything happens, you are not to shed a single tear.” After the assassination, an overwhelmed Jawaharlal Nehru addressed the nation by radio: “Friends and comrades, the light has gone out of our lives, and there is darkness everywhere, and I do not quite know what to tell you or how to say it. Our beloved leader, Bapu as we called him, the father of the nation, is no more.”

Nathuram Godse was hanged to death along with his accomplice Narayan Apte while six others were sentenced to life imprisonment. After Gandhi’s death, India lost a certain pact with tolerance, truth and non-violence that he had coaxed it to accept.

Note: This news piece was originally published in frontlne.com and used purely for non-profit/non-commercial purposes exclusively for Human Rights 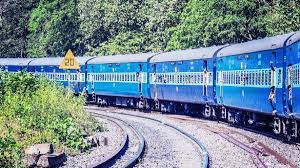 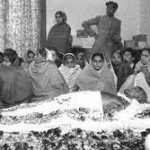