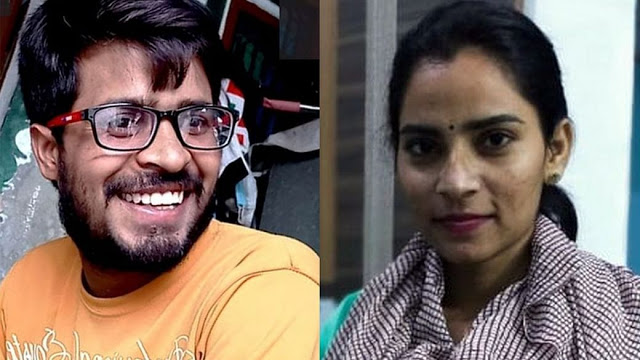 Even as welcoming the bail granted by the Punjab and Haryana High Court to young Dalit labour rights leader Nodeep Kaur, the People’s Union for Civil Liberties (PUCL), taking note of continued incarceration of her colleague Shiv Kumar, also a Dalit, has demanded charges against them should be immediately dropped. Arrested in January from a Kundli border point, where they were said to be bring workers’ support to the ongoing farmers’ agitation, Ravi Kiran Jain, president, and Dr V Suresh, general secretary, PUCL, said, both were “brutally tortured.”

While the Haryana police, which picked them up, has been accused “mercilessly” beating and torturing both, as for Kumar, PUCL quotes a medical report submitted to the High Court on February 23, prepared by a five-doctor panel, which says that “all the injuries on the person of the patient are more than two weeks old and were caused by a blunt object/weapon.” The report also speaks of “four fractures” and “broken” and “ripped” toenails.

Demanding Kumar’s early release, who is “grievously injured and visually challenged” and admitting to a hospital in Chandigarh for medical care, the PUCL statement says, “Both Nodeep Kaur and Shiv Kumar should be given compensation for wrongful arrest and torture in police custody and cases be filed against the police for taking violating the law.”

At Singhu border lakhs of farmers are staying in thousands of makeshift tents demanding repeal of all three farm laws. One of the tents among those houses industrial labourers protesting non-payment of salaries. These workers have come in solidarity with the farmers and at the same time have been organizing themselves as many of the workers are deprived of the hard-earned wages. They have not been paid since the lockdown.

Majdoor Adhikar Sanghatan (MAS), the union organizing these workers, is a platform working towards ensuring that labour laws are followed. Through their organized efforts many workers have been able to recover some of their dues. “According to the Haryana government, the minimum wage should be Rs 9,300, but workers in the Kundli-Sonipat area are made to work 12 hours for Rs 6,000-7,000 per month. Women are paid even less,” Nodeep Kaur, trade union worker of MAS said in a video report by independent journalist Saurabh Bambaiya published on January 27. “A total of Rs 1 lakh-1.5 lakh has been recovered as withheld salaries (by the MAS),” as told to ThePrint (February 8) by Nodeep’s lawyer Vikas Attri.

According to a petition filed in the Punjab, Haryana High Court, an Association called Kundli Industrial are Association (KIA) has been formed by the industrialists in Kundli and this association has formed Quick Response Teams (QRTs), which are deployed to deter any protest, strike or unionization by labourers.

KIA has hired Tops Security Private Limited under the Private Security Agencies Regulation Act, 2005 (PSARA) tops most of the QRTs. Though QRTs are supposedly for patrolling. But in reality they prevent all democratic rights activities. Even distribution of pamphlets are stopped, leave alone gate meetings. So workers could not hold any democratic activity for two years. With the farmers struggle being alive, 200 meters from the industrial area, workers got the confidence and also put up a tent. The three names given in the civilians’ FIR are from the QRT team.

On January 2, when the MAS workers visited the industry association, KIA, demanding their unpaid wages, the QRT of KIA fired shots at them. Following this, the workers’ union went to file a case against the association at the Kundli police station. However, according to Rajveer (Nodeep’s sister), the police refused to register a FIR.

On January 12 the factory workers approached the management of Elecmech Pvt Ltd, over the issue of non-payment of dues once again, but they faced brutal lathi-charge at the hands of the QRT (read management goons). Even women workers faced harassment as their clothes were torn, as reported in The Wire.

This is blatant violation of law, which provides that any person arrested has to be produced before a magistrate within 24 hours of his/her arrest. Shiv is not named in any if the three FIRs and he has been named amongst as the “others”. And many more can be similarly picked up in future.

It needs to be stressed that both Nodeep and Shiv Kumar are from landless Dalit farm workers families. Nodeep is a Mazhabi (Dalit) Sikh. Her father works in a factory in Telangana and mother is a agricultural worker. Shiv kumar is a Dalit too from the “Chamar caste”, his father works as security guard in a school.

He acquired education in IT field struggling against all economic, societal, caste discriminatory hurdles. He lost vision in left eye at age 15. His other eye has very high power and in fact is on treatment in the All India Institute of Medical Sciences (AIIMS), Delhi, which is currently stalled due to this arrest. He has a serious visual disability.

Till February 20 noon, not even a lawyer or family members were allowed to meet Shiv Kumar. Till the intervention by Punjab and Haryana High Court, no medical attention was given, despite broken bones and pulling out of nails. This is in complete violation of DK Basu guidelines and other CrPC safeguards.

Both these activists were mercilessly beaten and tortured by the police. On February 19 more than a month after the arrest while hearing a petition filed by Shiv Kumar’s father before the Punjab and Haryana High Court, the High Court ordered that Shiv Kumar’s medical examination be conducted by the Government Medical College and Hospital (GMCH), Chandigarh. In case of Nodeep Kaur, the sessions court ordered her medical examination on January 15 and the report was produced only on January 25.

Her sister Rajveer Kaur had alleged that Nodeep Kaur “has been beaten up in the police station by male staff and has even been sexually assaulted. There are injuries in her private parts. There should be strict action.” Haryana police have denied that she was sexually assaulted.

The Punjab and Haryana High Court had taken suo moto cognizance of the alleged illegal detention of Nodeep Kaur following complaints received by them and had issued notice to the Haryana government. At the last hearing, the Haryana police failed to submit the medical report before the Punjab and Haryana High Court and only submitted the medico-legal report under Section 54 CrPC. On February 26, 2021, Nodeep Kaur was finally granted bail by the High Court, which has observed that no prima facie case of attempt to murder has been made out in the case. She has been previously granted bail in two other cases of extortion, criminal intimidation etc.

Meanwhile, the medical report of Shiv Kumar that was prepared by a five-doctor board of the GMCH and submitted to the Punjab and Haryana High Court on February 23, states that in its opinion all the injuries on the person of the patient are more than two weeks old and were caused by a blunt object/weapon.

There are four fractures and are listed as, fracture distal phalanx of the second digit of left hand, fracture of base of fifth metatarsal bone of right foot, possibly fracture/ sesamoid bone at Left Navicular bone (foot), possibly fracture of the right Ulna bone. (right wrist). Besides, his toenails are broken and hurt (ripped).

The psychiatric evaluation is suggestive of post-traumatic disorder like symptoms. His psychiatric evaluation says he appears sad and depressed with occasional crying spells. Also predominant anxiety symptoms, flashbacks of brutality meted out to him, nightmares, feelings of loneliness, uncertainty about future and sleep disturbances.

“On January 16, 2021, when the patient was at Kisan Andolan at KFC near Kundli, he was picked up by the CI Staff between 2:30 to 3:00 pm. There were about seven people and he was taken to Old Kacheri, Sonepat, where the CI staff assaulted him. They tied both his feet, lay him on the ground and hit him on the soles. His 2nd, 3rd and 5th toenails of the right foot were torn and the nail of big toe of left foot became blue. They also hit him on the buttocks with flat sticks, they tied his hands and stretched his legs.

“He was made to lie on the ground with both legs straight and a metal pipe was placed on his thigh and rolled over the thighs by two people. They also hit him on both hands and palms and also on the back of his head. He was not allowed to sleep for three days, the CI staff took his statement and asked him to give names and when he could not do so, they tied him to a ‘chair and poured water on his head.”

In complete violation of the High Court order and in spite of grievous injuries, after the medical examination Shivkumar was sent back to Sonipat jail in the night. Next day he was brought to Sonipat Civil Hospital for an hour and taken back to prison, after merely giving him first-aid.

The annual report on torture 2019 by National Campaign Against Torture, states that the number of custodial deaths during 2019 remained over five persons per day. The National Human Rights Commission (NHRC) of India recorded a total 1723 cases of death of persons in judicial custody and police custody across the country from January to December 2019. These included 1,606 deaths in judicial custody and 117 deaths in police custody. India is one of only five countries that have yet to ratify the 1987 UN Convention against Torture and Other Cruel, Inhuman or Degrading Treatment or Punishment (UNCAT). The others include Sudan, Brunei and Haiti.

Both these activists were not provided a copy of the FIRs till the Punjab and Haryana High Court was approached. This, in spite of the fact that in September 2016 the Supreme Court in a writ of mandamus sought directions to the Union of India and the States to upload each and every First Information Report registered in all the police stations within the territory of India in the official website of the police of all States. This had to be done as early as possible, preferably within 24 hours from the time of registration.

There is constant breach of legal norms, including labour laws and even violation of court orders by police authorities, but still these authorities are never dealt with sternly by any courts. Victimizing the victims and turning them into perpetrators of crime seems to be well established method employed by all State Authorities, more so in recent times.

It is urgently needed for the Courts to step in and to hold authorities accountable for failing to follow legal norms or even in contempt of court orders. There is an urgent need for legal institutions to take notice of the completely lawless actions of State authorities, which continue to suppress human rights, any form of dissent and even peaceful, non-violent protests.

Withdrawal of the charges against Nodeep Kaur and Shiv Kumar

Stern legal action against the police officials involved in the custodial torture.

Compensation to Nodeep Kaur and Shiv Kumar for their wrongful arrest and brutal torture in police custody.

Appropriate legal action needs to be taken against the so-called Quick Response Team, which is nothing but a private goon-armed force, deployed by the Kundli Industrial Association, which terrorizes workers who are demanding their legally hard-earned wages.

The Quick Response Team needs to be disbanded with immediate effect. 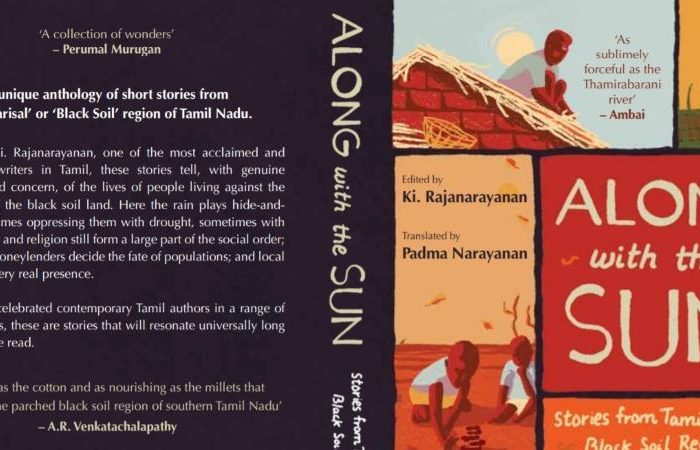 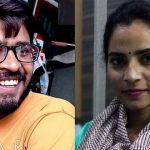