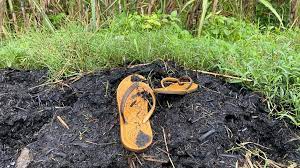 Lying next to a sugarcane field atop a heap of ashes along the narrow brick road, a pair of yellow slippers has most likely missed everyone’s attention. It has been soaking in the incessant rains for the past two days. But finally, a frail looking elderly man spots it. There is a sense of belongingness in his firm gaze that’s fixed on the slippers. Struggling to speak, he breaks into tears. The slippers belonged to the younger of his two granddaughters, aged 15 and 17, who were allegedly raped, murdered, and hung from a tree in a village in the Lakhimpur Kheri district of Uttar Pradesh.

Barely 100 metres away, the victim’s family is mourning. Having struggled all their lives to make ends meet, the poor family is now enduring the pain of a lifetime. They have lost two daughters. Both minors. The elder daughter, 17, had dropped out of school and was taking care of the family. “She (elder daughter) had dropped out after class 8. My wife underwent an operation two years ago and she has been in poor health since then. She (elder daughter) has been taking care of her mother and the family,” the father of the deceased girls said.

Almost all roads are now leading to the two-room modest house located in one corner of the village. In the verandah area, lying unconscious on a cot is the mother of the deceased sisters. She is surrounded by women from the neighbourhood who have been by her side since the incident took place on 14 September. Meanwhile, men in the family have been attending to the media, politicians, police, and the cattle.

Elder Sister Was Learning Sewing Techniques
In one of the rooms, a sewing machine kept next to the door is exposed to some light seeping in through the partially drawn curtains. The family had to cough up savings to buy the sewing machine for their elder daughter. She had been learning sewing techniques by practicing on the discarded clothes available in the house. “She took up odd jobs but wasn’t making much money,” a relative said. The younger sister was studying in class 10. She used to attend a school nearby, but the family was not keen on her pursuing higher studies. Like her elder sister, she would have dropped out of school, more because of financial constraint than choice.

The ‘disparaging’ statement made by the police claiming that the girls were ‘lured’ by their killers is being vehemently defended by the family. “How did they (police) know that they (sisters) were lured? Were they (police) here to see for themselves?” the brother of the deceased girls asked.

A day after the incident, the local police arrested six people in connection with the rape and murder of the two minor sisters. The family of the deceased girls has been demanding the death penalty for their daughters’ killers. On the other hand, the families of the two accused, including the one who sustained a bullet injury in an encounter, are now claiming that their sons are minors. They are also demanding a CBI probe in the case to being out the ‘truth’. 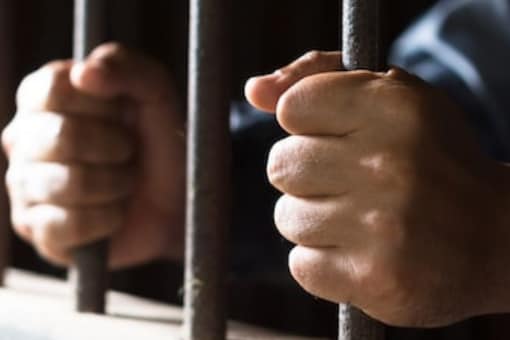 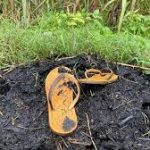