The National Monuments Authority has recommended two Ambedkar memorial sites — at the Sankalp Bhumi Banyan tree campus in Vadodara Gujarat, and the other at Pratap Rao Bhosle High School in Maharashtra’s Satara — be declared as monuments of national importance.

NMA Chairman Tarun Vijay made these recommendations during his meeting with Minister of State for Culture Arjun Ram Meghwal.

Vijay told Asianet Newsable that he was surprised to know from the Archaeological Survey of India sources that although more than 3600 structures are declared as National Monuments, there was none connected with the Dalit struggle for equality and honour. These included the graveyard of the 62 wives of Afzal Khan (a general who served the Adil Shahi dynasty of Bijapur Sultanate and was killed by Maratha warrior Shivaji in 1659) and hundreds of other monuments without any history.

Let’s take a look at the two monuments that the National Monuments Authority has recommended:

This is where Dr Ambedkar took the resolve to eradicate untouchability on September 23, 1917. A grand memorial by the Gujarat government is built in the neighbourhood but the original Banyan Tree and Campus sanctified by Ambedkar’s sorrow and deep pain generated by casteist humiliations by local casteist people always remained silent witness to that momentous turn in Babasaheb’s life. This place is more than 100 years old and a witness to the beginning of the social respect revolution heralded by Dr Ambedkar.

Ambedkar had his primary education in this school. The school register still shows with pride a child student Bhim Rao’s signatures in Marathi. The school, now under Zila Parishad, is in a dilapidated condition. NMA Chairman made a special visit to the school and was shocked to see its weakened structure. Unless immediate remedial measures are taken, the school may collapse. It is a priceless heritage in the region of social harmony and equality and must be declared and preserved as a monument of national importance.

Note: This news piece was originally published in asianetnews.com and used purely for non-profit/non-commercial purposes exclusively for Human Rights. 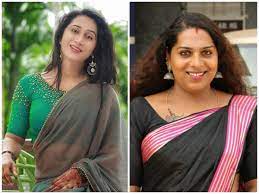 What’s Malayalam for transgender? You get a say 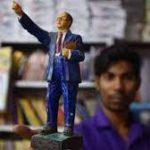