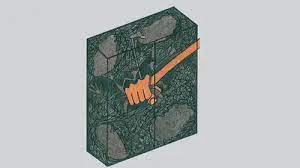 Despite legal protection, trans children find it difficult to navigate the education system that is riddled with institutionalised othering.

Amid positive changes in the legal landscape for the LGBTQIA+ community, a lesbian woman wonders why she still needs to travel abroad to get her same-sex marriage registered.

Twenty-seven-year-old Divisha was always a meritorious student in school. She scored 80 per cent in Class XII examination, leaving many of her classmates and teachers in disbelief and shock. At the felicitation ceremony for meritorious students in school, unlike other students she received fewer accolades. When she walked out of the school auditorium, Divisha had felt truly liberated.

Narrating to Outlook the torture and harassment she received from her classmates, peers and even teachers, Divisha says, “Every day brought with it a new form of harassment. Other students and even some teachers treated me like an untouchable. No one sat next to me in the classroom or the school canteen, allowed me to use the washroom or partnered me in sports.” Teachers discouraged her from participating in sports or annual-day events.

However, her parents, particularly her mother, stood by her through thick and thin. Eventually, she stopped being bothered by the attitude of other students and teachers. Today, she has degrees in Business Administration and Law to set her apart.

In recent years, progressive court judgments and reformative legislations are turning the tide by helping evolve a more inclusive approach and a positive shift in perspective towards the LGBTQIA+ community. On April 15, 2014, the Supreme Court in a landmark judgment upheld transgenders’ right to equality and equal protection by prohibiting discrimination on the basis of gender identity. Recognising them as the third gender, the apex court also directed the Centre and state governments to grant transgenders full legal recognition of their gender identity, including the person’s self-identified gender as male, female or the third gender.

Every transgender child, irrespective of the social class, has a story similar to that of Divisha. Due to the stigma and societal taboos faced by the transgender, the children of this community get fewer educational and employment opportunities. Transgender children are not easily accepted in mainstream schools. Even if some of them gain admission, bullying and harassment by other students cause them enormous emotional trauma, ultimately forcing them to drop out from their schools.

Sensitisation Of Teachers And School Managements Will Provide Transgender Children With A Lifeline For Education.

Recalling an incident involving her eight-year-old child, who had enrolled in a Marathi medium school in Bhandup in the eastern suburbs of Mumbai, Chhavi tells Outlook that her child was teased mercilessly in school. “There was a very cruel male teacher who would make fun of my child in the class. He would ask the little one if he wanted to be a boy or a girl. No one would have come to know that my child was a hijra had this teacher not revealed it. My child refused to go to school. Now at 14, he is a very angry child, because he cannot understand why he is a hijra,” Chhavi says ruefully.

Both governments and NGOs should focus on the rehabilitation of transgender children and their connection with other social groups. “They need counselling right from childhood to understand who they are,” says Vibha Sudhir, a counsellor who works closely with transgender children. “Some of these children are very intelligent. The lack of education creates its own complex problems for these children,” observes Sudhir.  “They are recognised as the third gender which gives them legal sanction, but they continue to remain as a fringe group in society. Unequal treatment by society has a huge negative bearing on the children, who carry the burden of this inequality into their adult lives,” opines Sudhir.

Kerala was the first state in the country to announce a transgender policy in 2015, a year after the Supreme Court judgment recognised the legal third gender. In the same year, Kerala opened the first school in the country for transgender students. The Delhi University introduced a third-gender category in its admission forms. In July 2017, Prof Ravindra Kumar, vice chancellor of the Indira Gandhi Open University (IGNOU), announced free education to transgender children and adults through open distance learning. Sensitisation of teachers and managements of schools and educational institutions will help provide them with a lifeline for education, says Sudhir.

In 2021, the Kinnar Vidyalaya was established in Vasai East, a northern suburb of Mumbai, by the Shri Mahashakti Charitable Trust. The school, located in Rajivali on the Mumbai–Ahmedabad highway, provides free education to transgender children, who are tutored by a transgender teaching staff. They are also taught vocational courses and skill development workshops are a regular feature where they learn handicrafts, waste management, beauty and interior decoration skills.

In October 2015, the Delhi high court laid out the link between the right to legal gender recognition and other rights. A petition was filed by a 19-year-old transgender man against his parents and the police for harassment. In his ruling Justice Siddharth Mridul observed that a transgender person’s sense or experience of gender is integral to their core personality and sense of being. “Insofar as I understand the law, everyone has the fundamental right to being in their chosen gender,” observed Justice Mridul.

The Centre in 2019 enacted the Transgender Persons (Protection of Rights) Act for the protection of the rights and welfare of transgender persons by recognising their identity and prohibiting discrimination in education, healthcare, employment, holding or disposing of property, holding public or private office and access to the use of private services and benefits. The Act also made it obligatory for educational institutions to provide inclusive education to transgender persons.

From school uniforms, washrooms, seating arrangements in class to school assembly, transgender students are ignored impacting their mental health and increasing their dropout rates, says a school principal in Mumbai. Speaking to Outlook, the principal says, “We want to be inclusive, but the mindset of parents is the biggest hurdle. When we mooted this idea at the school AGM, the backlash we received was unbelievable. We were forced to drop the idea.”  That speaks volumes about the regressive approach larger society has towards them.

Their socio-economic situation also keeps education out of their reach. When faced with the daily issues of survival, education is a luxury for a majority of them.

States like Tamil Nadu, Kerala, Maharashtra and Karnataka have made progressive policies for transgenders and set up welfare boards for them. In 2020, the Centre in line with the Transgender Persons Rights Act constituted the National Council for Transgender Persons (NCTP) and transgender children have been granted 25 per cent reservation in seats under the disadvantaged category in educational institutions under the Right To Education Act, 2009. The National Education Policy 2020 also mentions equitable quality education to girls and transgender students.

However, not many schools are willing to admit transgender students. Numerous educators Outlook spoke to expressed reservations in granting admission to such children under the right to education policy. “The government should establish special schools for them. We cannot jeopardise our student intake for the sake of less than a handful of transgender students,” says an educator in Mumbai. 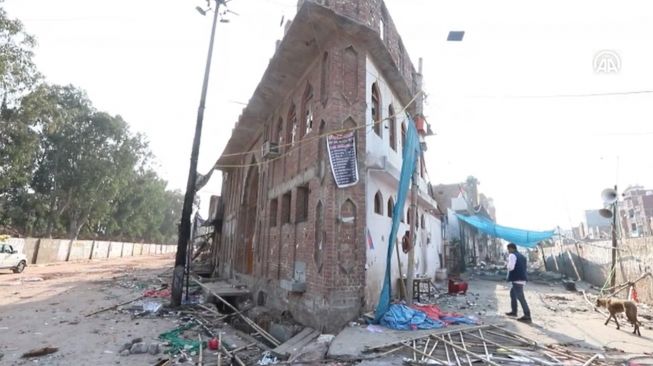 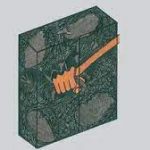