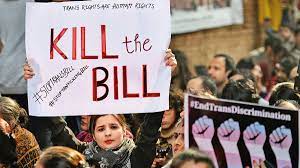 Despite the NALSA verdict and Trans Act, the law still favours perpetrators of sexual violence against the transgender community and is far from a deterrent. Activists call for immediate interventions against sexual crime targeting trans people.

Vyjayanti Vasanta Mogli was 11-years-old when she was first raped in a boys’ toilet of her school in Begumpet area in Telangana. Three of her seniors at the school—all of them cisgender males— allegedly pulled down Mogli’s trousers and sexually assaulted her. They were later joined by a school staffer as well. From then, the toilet became a chamber of horrors for Mogli as she was repeatedly raped and shamed there because she was a trans woman.

Those who assaulted her, however, have never faced punishment. “To punish an act, you need a law,” Mogli tells Outlook. “But there was no law protecting trans people from rape in India then. There isn’t really one now.”

Note: This news piece was originally published in outlookindia.com and used purely for non-profit/non-commercial purposes exclusively for Human Rights . 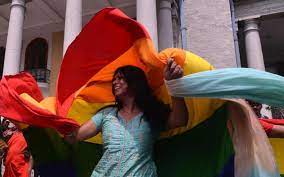 'I Want To Break Free': Trials And Tribulations Of The Queer Community In India 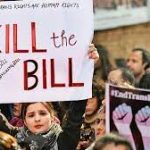