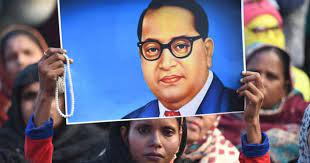 The Union Government’s reported decision to establish a national commission to study the social, economic and educational status of Scheduled Caste converts to Christianity and Islam and thereafter, deliberating over whether or not to extend benefits of reservations to these communities, won’t just open the Pandora’s Box but also go against a fifteen-year-old position of the Bharatiya Janata Party that “the very concept of Dalit or Scheduled Caste is Hindu community-specific.”

The move of the Centre comes after being put in a tight spot by the Supreme Court which late last month, catalysed a potential political churn by asking the Union government to state its standpoint on a bunch of petitions that are seeking the inclusion of Dalit Christians among Scheduled Castes and avail the benefits of reservations in government jobs and admission to educational institutions.

SC Quizzes Centre on Dalit Christian Quota
The first petition on this issue was filed in 2004 but nothing was heard on this matter since 2015. In the meantime, the UPA government set up the Ranganath Misra commission to examine issues related to Linguistic and Religious minorities in India that are submitted in its report.

Possibly, the government realised some months ago that it was just a matter of time before the demand for reservation for Christian Dalits (and Muslims subsequently) would gather momentum. As a result, in April, the government organised an inter-ministerial dialogue to reassess the possibility of setting up a national panel to look into the merit of the demand.

While on its own accord, the Centre in all likelihood would move slowly, the apex court’s notice to the Union Government asking for it response in three weeks possibly pressurises them to finalise a response.

It is probable that the government may submit to the Court that it had already established such a Commission or was in the process of doing so. If nothing else, the very act of initiating a detailed scrutiny of the matter will ensure breathing space for the Centre on an issue that has multiple implications and unsettle the BJP’s electoral constituencies.

Who Classifies as a Scheduled Caste?
The petitioners led by the NGO, Centre for Public Interest Litigation, pleaded that the Dalit Christians be recognised as members of Scheduled Castes and that they be extended benefits drawn from Article 341 of the Constitution, and the subsequent Presidential order of August 1950.

It is only a matter of time before a similar plea is put up before the apex court on behalf of Dalit Muslims. Within the Muslims community, the existence of the Pasmanada community, which includes OBCs and Dalits, has been talked about for close to two decades.

The Constitution (Scheduled Castes) Order, 1950 when it was first published in The Gazette of India on August 11, 1950 included only Hindu castes. However, it was amended twice. It was first done in 1956 when Sikhs were included. Several decades later, in June 1990, the VP Singh government added neo-Buddhists, or Dalits who converted to Buddhism, in the list.

Since then, the benefits of post-colonial India’s policy of positive discrimination was restricted to people from the compact of what are termed by Sangh Parivar as ‘Indic religions’. Significantly, “persons professing the Sikh, Jaina or Buddhist religion(s)” are “construed” as Hindus under the Constitution’s Article 25 (2)(b).

Indic Vs Non-Indic religions
The BJP and other Sangh Parivar affiliates consistently opposed the inclusion of people from ‘non-Indic’ religions, mainly Islam and Christianity in the SC list. In 2007, the then party spokesperson, Ravi Shankar Prasad, contested the Mishra Committee’s recommendation.

He stated that people who opted out of Hinduism for Christianity or Islam because of their claim to be “non-caste based, non-discriminatory societies,” could not be allowed to “revert and seek benefits from the same society which they have given up. “ He reiterated the same argument, albeit worded differently, in Rajya Sabha in 2022.

With talk on extending reservation to Dalit Christians (and Muslims) being heard more loudly, the opposition within Sangh Parivar to the move has gained ground.

Former Organiser Editor and one-time BJP National Executive member, Seshahdri Chari, in a recent article contended that “nothing can be more farcical than this epitome of all oxymorons — ‘Dalit Christian’.” He further argued that the issue should not be put in the “political court”. Instead, the SC “should deal with the wider issue of political reservations,” which is undoubtedly a call for sidestepping this issue.

BJP To Widen Its Caste Narrative?
But, this BJP position — that caste is unique to the Hindu society and its ‘offshoots’ appeared heading towards a nuanced alteration when Prime Minister Narendra Modi at the party’s National Executive July session in Hyderabad mooted the idea of “reaching out to deprived, non-elite among Muslims and other minorities.”

Modi’s suggestion that the party must engage with the underprivileged sections in the community – referred as Pasmanda Muslims, demonstrated that he prodded that Muslims should not be looked as a monolithic community.

The prime minister‘s intervention was in contrast to the Hindutva approach, especially post 2014, of viewing religion as the principal basis of social identity of citizens and not their caste identity or standing within the community.

It is one of the paradoxes that Islam and Christianity in India exhibit Hindu ‘influence’ and sub-categories exist within the community on the basis of their pre-conversion caste. In fact, Chari argues: “Christianity and Islam proclaim that they are egalitarian and does not have castes.So, what explains “Dalit Christian (and Muslims)?”

Politicizing Dalits in Muslim and Christian Communities
Because of consistent campaigns of whipping up hate against Muslims and fanning fear of them, Indian Muslims have increasingly taken the characteristics of a political community in Modi era.

The strident Hindutva campaign defines every Indian Muslim as one who recognise themselves as part of a larger Muslim community or ‘Umma’, as a consequence of which they have extra-cultural loyalties (Hindutva votaries do not consider ‘territory’ as the defining principle of nationhood, but view nationalism in cultural terms).

Awareness of ‘being Muslim’ (and ‘being-Christian’ although to a lesser degree) is not just at an all-time high, but is also incessantly rising as individuals find themselves being pushed to the margins and they have little recourse but to commiserate with one another and build intra-community linkages despite their social and economic disparities.

There are no definitive figures for the Dalits among Christians and Muslims but a study conducted for the National Commission for Minorities under the leadership of academic, Satish Deshpande, estimated these communities at 3.2 millions. However, separating OBCs from Dalit Muslims or Christians is extremely difficult and can be done only after detailed examination.

Modi Govt Must Create Opportunities for Minorities
In July, after Modi’s directive to party leaders, many pointed that Muslims and other religious minorities wanted ‘sammaan’ (equality and dignity), not ‘sneh’ (affection). Parity and respect has to be on constitutional terms and towards that, extending constitutionally-guaranteed quota for jobs and admissions for socially underprivileged sections among Muslims and Christians would go a long way in achieving Modi’s objective.

But to do so, the Centre shall have to overcome the resistance from those within its ranks who frame social identities of citizens primarily on basis of religion and not on caste or regional identities.

Modi asking party cadre to reach out to Pasmanda Muslims and simultaneously considering reservations for Dalit Christians, is at odds with divisive and polarising rhetoric and campaign that is based on renaming cities (from Hyderabad to Bhagyanagar) and allowing bulldozers to plough over residences of Muslims.

‘Reservation for All’
Among Muslims, conversations centering the ‘Pasmandas’ have become less vehement in the recent years as the threat perception prevailed over the divergences and disparities within the community.

The existing situation has provided opportunities to several political parties to mobilise the community on the basis of their religious identity. But, it speaks volumes of their political maturity that the electoral choices have not been on lines of identities, affixed on them by those who champion Hindutva.

For the long-term benefit of the nation and its people, it is time to seriously consider making the reservation policy available for every citizen irrespective of whether their ‘punya-bhoomi’ is within the territorial limits of India or not.

A decision to this effect will demonstrate Modi seriousness about his intent during the Hyderabad intervention. Non-action will show that the party and the government remain committed to core beliefs of Hindutva. 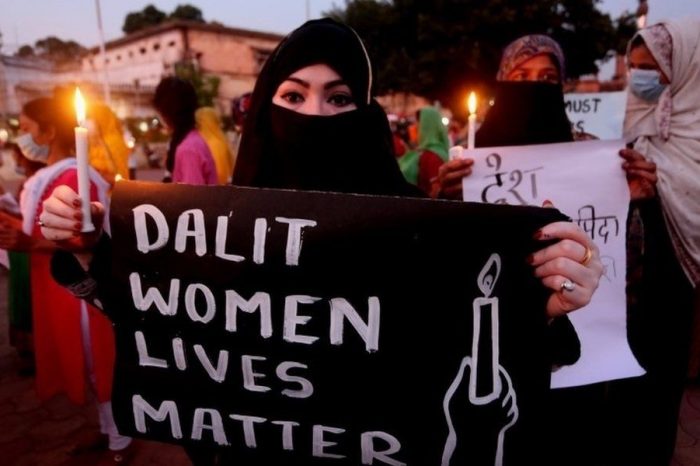 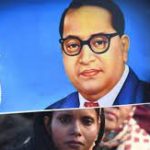