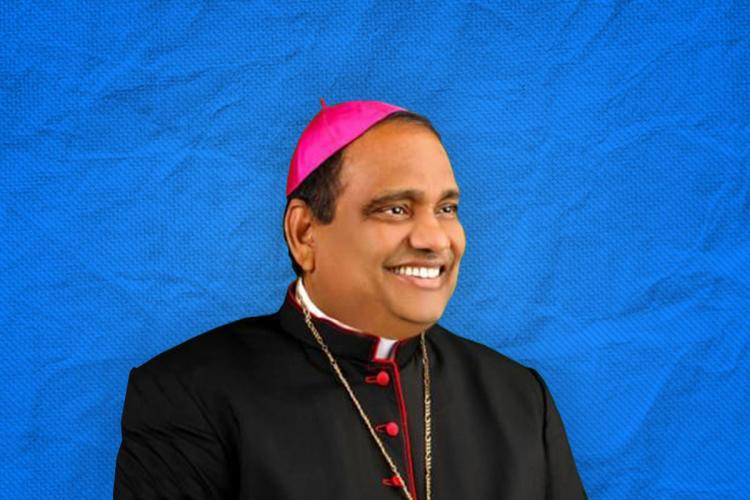 It has to be recalled that the first Dalit Archbishop was appointed only in the year 2000 despite the Church having a history of hundreds of years in India.

The Archbishop of Hyderabad Diocese, Anthony Poola, will create history when he takes charge as a Cardinal on August 27 this year. Poola is the first Dalit and Telugu person to be nominated for this position and his appointment has sparked joy among Catholic and non-catholic Dalit Christians.

Cardinals are high priests/clerics of the Roman Catholic Church. They hold immense importance since they rank next below the Pope in the Catholic hierarchy and are exclusively appointed by the Pope himself. Poola and Archbishop Filipe Neri Ferrao of Goa, were the two Indian Cardinal delegates out of the 21 Cardinal Delegates chosen across the world. India at present has four serving Cardinals, and the elevation of Poola and Ferraro now makes it six.

Anthony Poola’s elevation was not a mere coincidence but the result of relentless struggle and assertion by many Dalit leaders across Church denominations and organisations. While bolstering hope and joy amongst Dalit Christians, his elevation has also raised expectations of him fulfilling various responsibilities in view of the status of Dalit communities in the Catholic Church.

Pope Francis had also appointed Wilton Gregory – the first African-American Cardinal – in 2020. Francis is the first Pope to be selected outside of Europe since the 8th century, an act which widened the diversity of discourses in the Catholic community. The measures taken by the Pope has given Dalit Catholics higher hopes of promoting their constitutional and spiritual rights through Poola’s appointment.

“Anthony Poola holds veto power in the Church and a direct contact with the Pope. We expect him to work extensively to eradicate untouchability in the Church by condemning practices like separate cemetaries and burials, enabled through generations by the upper caste clergy, and most importantly to emerge as an assertive voice for the Schedule Category status for Dalit Christians,” said Franklin Caesar Thomas, coordinator of the National Council of Dalit Christians and a lawyer fighting a landmark case in the Supreme Court for Scheduled Caste status for Dalit Christians.

Dalit Christians cutting across the Catholic, Protestant and various other denominations have been fighting for their inclusion in the Scheduled Caste category for quite a long long time. The Constitution (Scheduled Castes) Order, 1950, identifies marginalised communities based on their social, economic and educational backwardness arising from untouchability. The order, however, restricts this categorisation only to those in the list of communities who continue to practise Hinduism. Later under immense pressure, Dalit Sikhs were included in 1956 and Dalit Buddhists in 1990. Dalit Christians and Muslims are still fighting for their inclusion in the category.

“The leadership of dominant castes in the Christian community across denominations has deprived us Dalit pastors and preachers from expressing our despair. We are all here to serve each other in the Lord’s name. Although I’m a protestant Bishop, I’m delighted to hear Archbishop Anthony’s elevation as the Cardinal. We are all pleased to see a person of his ideology in that position,” said Bishop Wilson Singham, Chief of Independent Churches, Union of India and Bishop OHOG (One Human One God) Diocese. “The preachers and pastors who are regularly under attack hail from marginalised castes. We’ve been fighting for SC status for a long time now. A Dalit Cardinal gives us hope,” he added.

Today, Dalit Christians are denied protection other Dalit communities have under provisions like the SC/ST Prevention of Atrocities Act (1989), making them highly susceptible to caste and religious violence. The exclusion from the Scheduled Caste category not only takes away from Dalit Christians their right to attain what is due but also creates a divide between them and fellow non-christian Dalits, who criticise them for converting. This limits their power to jointly bargain for their rights.

It is evident that violence against Dalit Christians is on account of their caste and not solely religion. We can look at massacres like Karamchedu (1985), where six Dalit Christians were killed and many were injured due to the brutality of Kamma landlords in Andhra Pradesh. Karamachedu massacre was the result of Dalits questioning the ruthless untouchable practices of the dominant castes. The irony is that while Karamchedu became one of the primary reasons for the emergence of SC/ST (Prevention of Atrocities Act) 1989, the Act does not legally apply to Dalits, who have formally registered as Christians.

Tsunduru (1991) and Kandhamal (2008)., are most notable examples of such massacres. But the Christian identity of the Dalits in Tsunduru is not expressed by the Dalit leaders and non-Dalit Christian leaders are silent on the Dalit identity of victims in Kandhamal.

Following the appointment, the Cardinal, in an interview with the National Catholic Register (NCR) and the Quint, said he sees his elevation as an opportunity to assert for the inclusion of Dalit Christians in SC category.

Positions of Bishops and Archbishops across the country have traditionally gone to people belonging to dominant castes. Only 11 out of 200 Bishops across the country are Dalits, despite the group comprising around two-thirds of the Catholic Church. The selection of Bishops involves a tedious process. The initial list of names for the appointment of Bishops are put together by the outgoing Bishops, Archbishops, prominent Church representatives etc., and are sent across to the Apostolic Nuncio in Delhi, who shortlists names and forwards them across to Rome. This selection process became a means to restrict the opportunity to many. “Non-Dalits sit in these positions of power, and they make sure to send the names of priests hailing from their castes to the Apostolic Nuncio, restricting Dalits from being elevated to these positions. We need our people to sit in those chairs to break this system of exclusivity in the clergy. Many non-Dalit clergy members would have been booked under SC/ST (prevention of atrocities) Act, 1989, for the persistent casteism they practice in many ways, but that is not possible since we are not classified as Scheduled Castes,” said Thomas.

It has to be recalled that the first Dalit Archbishop Marampudi Joji was appointed only in the year 2000 despite the Church having a history of hundreds of years in India. Joji’s appointment occurred in a climate of vehement opposition mounted by his predecessor Archbishop Arulappa and the members of the Archdiocese. Anthony Poola was consecrated as the Bishop of Kurnool in 2008 and was one of the three Bishops consecrated by Joji in his tenure as the Archbishop. Poola’s ordination as a Bishop by Joji can be seen as one of the initial and vital stepping stones for Poola’s elevation as a Cardinal. This reflects the need for increasing the diversity of clergy members in decision-making positions willing to recognise capable members outside the bubble.

The opposition that Joji faced is not a thing of the past for Dalit clergy. The non-Dalit clergy of the Catholic church systematically makes sure to sustain a restraint. The exclusion of Dalits from higher positions often affects the formation of the Church committees. The Church committee primarily comprises the parish members, with designations such as president, secretary, etc. Although the priests are not included in the committee, they influence the selection of these committee members. “In a parish that constitutes mixed communities, the presidents and secretaries have always been Upper Castes. I’m 75 years old. I do not think I have seen a Mala or a Madiga in those roles more than twice in my Church,” said Manoharamma, a Dalit Christian from Mahbubabad. Manoharamma and many other Dalits in mixed Catholic parishes continue to be relegated to positions lower in hierarchy in committees or are excluded. In contrast, the ones in the top are always the non-Dalit members.

Although caste has its essence in the Hindu society, non-Hindu religions like Christianity, Islam, Buddhism, Jainism, Sikhism etc., are not devoid of the rigidity of caste when practised in the Indian subcontinent. Dalit Christians live in a multi-layered oppressive society – a world sandwiched between oppression outside the Church and pressure inside. The Catholic Church has legitimised this to an extent and has become an embodiment of the Vedic caste society.

The Church in India, to uplift the poor, has adapted Liberation theology, mainly from the Latin American regions. The Upper Caste custodians of the Church, by applying a Marxist understanding of class to the socio-economic hierarchies in India, have repeatedly failed to acknowledge the root causes of poverty and deprivation linked to untouchability.

Dalit Christians constantly live in a confusing dichotomy with respect to their identities. The State and the Church have failed to admit the consistency of caste regardless of religion to conveniently retain their caste hierarchy.

While opening up on the layers of oppression, the purpose behind conversion of Dalit Christians is questioned since the religion has failed to give them economic and social mobility. The lack of acknowledgement of caste inside and outside the Church is one of the main reasons people lack a definite answer to these questions. These questions prove that society fails to understand the requirement of emotional and spiritual agency amidst the turmoil in their lives. This conversation becomes essential because regardless of the origins and beliefs of any institution, without a doubt, it ultimately gets afflicted by caste when it sets foot in India.

“People including non-christian Dalits fail to understand that Dalits have a right to express and embrace their spiritual agency. As a believer and a Dalit Christian, I can say that the teachings of Christ contradict these hierarchies and folds. We must understand that these conversions occurred not only because of the need for physical emancipation of caste but also in searching for their emotional and spiritual belonging,” said Ravali, social worker and co-founder of Esther Foundation. These sensitive layers can only be acknowledged when more Dalits have positions inside the Church to influence and contemplate these underpinnings.

Rest in Peace, Rule of Law — Especially When Muslims Are the Target 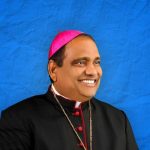