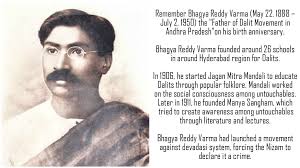 ‘West Bengal Dalit Sahitya Academy’ under ‘Information and Broadcast Department’ of West Bengal government was recently set up. In the domain of progressive Bengali literature always repudiated the Dalit reality and literary culture. After four decades of struggle in West Bengal, Bengali Dalit literature has finally received official recognition of the Government. The first meeting of the Academy successfully showcased its own alternative literature which has been reported in this paper.

After more than after four decades of struggle in West Bengal, Bengali Dalit literature has finally received official recognition of the Government. Even during the period of Left-rule, progressive literature-loving personalities said directly, what is ‘Dalit’ in the progressive literature? In teams of the hegemonic ‘denial’ of untruthful elite literature and culture, such as ‘there is no casteism in West Bengal’, was assorted with the tone of the political theory of class struggle.

Since 1986, Manohar Mouli Biswas, a Bengali Dali writer, now the vice president of West Bengal Dalit Sahitya Academy, and non-Bengali Dalit writers have met in Hyderabad and published proposals and proclamations for independent Dalit Sahitya. It took almost five more years for the united movement of Dalit literature to begin in Bengal.

After the death of Chuni Kotal, a ‘Lodha’ community graduate girl, in the 1990s, the Dalit writers of the state united and formed a literary and cultural movement. Although Bengali Dalit literature was written earlier, it did not emerge as a movement. Manohar Mouli Biswas, Jatin Bala, Amar Biswas, Nakul Mallick, Kalyani Tagore Charal, Kapil Krishna Tagore, Manju Bala, Dhurjati Naskar, Smritikana Hawladar, Sunil Pramanik and other Dalit writers founded ‘Bangla Dalit Sahitya Sanstha’ in West Bengal. Its yearly periodical is the Chaturtha Duniya’ (Fourth World). No book has been published by any of these Dalit authors on the basis of their literary work, by significant publishers in college street, Kolkata. Dalit literature could not enter the realm of progressive Bengali literature even before the judgment of literary quality and aesthetics. Even though several novels have been published before the ‘Itibritte Chandal Jiban’ of Manoranjan Bayapari, he was honoured outside West Bengal, but no one thought of him in the field restricted to the upper caste literary circles and institutional literary awards. While he is returning from several other states in India and abroad with multiple important awards, the West Bengal progressives are in a frenzy.

On 21 November 2020, the first ‘Dalit Sahitya Sabha’ (Dalit literary meeting) started with a fine Dalit consciousness song about Ambedkar, sung by a popular Bengali folk poet Uttam Sarkar, a ‘Kabiyal’ (folk singer), ‘Korigan’ (folk song) a traditional song of social awareness, preaching and rejoicing against superstitions in the tradition of the lower castes of rural Bengal. The program was inaugurated by Dr Meruna Murmu, Professor of History, Jadavpur University. Despite being a highly talented, established international standard researcher, popular social activist, the highly educated upper caste people have repeatedly disregarded him due to caste discrimination.

Historian Shekhar Bandyopadhyay wrote on social media about the inauguration of the ‘Dalit Sahitya Academy’ that, ’I am so happy to see that the academy has invited the most suitable person to inaugurate its first meeting.’ His argument is absolutely justified, because Dr Murmu always joins all the literary movement events of ‘Bangla Dalit Sahitya Sangstha’, since the 1990s, writes regularly in the periodical of the Sanghathan’, ‘Chaturtha Dunia’ (Fourth World), dedicates herself to the education and social development of Dalit indigenous women with their own lives and sufferings.

From different districts of West Bengal, fifty Dalit writers, poets, playwriters and essayists have woven literature and culture, performed how they faced exploitation and deprivation of their own lives. The aesthetics of this literature mean relating to this life literature. During the five-hour program, a pleasant atmosphere lit up the stage next to ’Nandan’, the lifeblood of Kolkata’s elite culture. Till recently, in Bengali language, such a disciplined cultural program on indigenous Dalit culture was rarely seen in Calcutta. Host Dr Ashish Hira kept the program moving by highlighting great lines from poems, essays or great songs while introducing the presenters.

Dr Mrinmoy Pramanik, Professor of Bengali Literature at the University of Calcutta, spoke of the Dalit literary movement’s plan to translate their life experiences through the consciousness of Dalits and Adivasis in every district of Bengal. Dr Manosanta Biswas, a professor at Netaji Subhas Open University, said that from 1872-73, the Namasudras in Amgram, Bakherganj district, East Bengal, had been protesting through ‘non-cooperation’ and ‘social boycott’ for six months against high caste insults and against being tied to caste-based occupation in jails. At that time, the recruitment of the lowest caste professions was forcibly stopped in the jails of Bengal province.

The Namasudra Dalit community of Bengal demanded measures to assume of social dignity. But the ‘first Dalit social boycott movement’ has failed to illuminate history. Kalyan Kumar Das, Professor of English, Presidency University, called for the establishment of the Dalit Sahitya Academy as a suitable platform for equal representation of all Dalit and Tribes in West Bengal. Professor Puspa Bairagya was a long-time arm of the Dalit literary and cultural movement. In the context of the deprivation of tribals and Dalits, he recited poems and emphasising education and self-empowerment for the upliftment of Dalits.

Rajudas and his wife Namita Das’s play ’Ambedkar, the father of the Dalit nation’ was the most powerful. Raju Das, a rickshaw puller, has been writing plays about the deprivation of life and happiness of the Dalit tribals for four decades. Despite playing so creatively all his life, he was expelled from the cultural arena due to government patronage and casteism. Harshvardhan Chowdhury presented another thrilling excellent Dalit one-act play.

He thinks that drama in protest of Dalit oppression and Dalit killing will teach people to be humane towards people. Prof Dr Asit Biswas brought to life the example of ’Ravan’s sister’ love in his play about the dialogue between Ravan and Surpanakha. The number of Dalit poetry readers was the highest. Professor Mrityunjaya Pramanik presents a short story on the economic exploitation and caste-based hatred of the upper caste towards the ‘Poundra’ caste.

At the end of the ‘Dalit Sahitya Sabha’, Manoranjan Bayapari, president of the Dalit Sahitya Academy, expressed the purpose of Academy, hopes to build a library to collect essays by Dalits and non-Dalit writers and to hold ’Zila Dalit Sahitya Sabha’ in different districts of the state for literary and cultural awareness of Dalits and to discover from each district of West Bengal, at least five ‘Manoranjan Bayaparis’ who could be able to write their life prejudice, discrimination and struggle in literary form.

Drama, poems, short stories, essays, in each presentation, the roots of the tension, the experience of sufferings in life due to casteism, the voice of protest, the struggle to establish self-esteem. If Gayatri Chakraborty will see this first ‘Dalit Sahitya Sabha’ of West Bengal, she might have said, ‘Yes! Bengali Dalit or Subaltern can speak’. 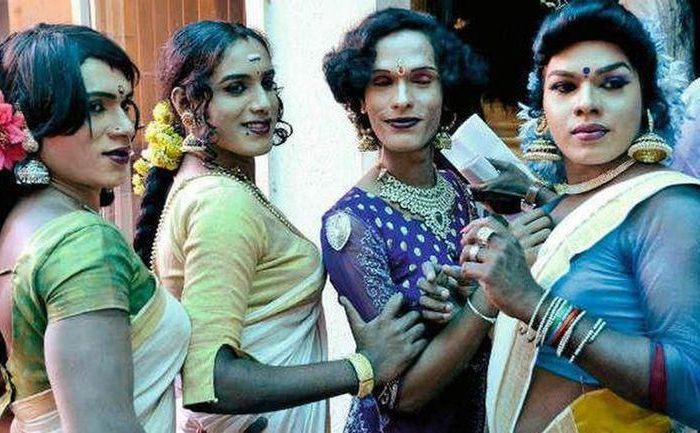 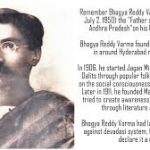