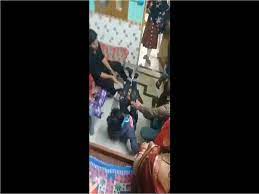 Amethi Dalit girl assault video: The 16-year-old girl was brutally beaten by three men at a house in Amethi house after they accused her of stealing mobile phone.

Amethi Dalit girl thrashing. Congress leader Priyanka Gandhi has trained guns at UP government and threatened to launch an agitation if the culprits who thrashed Dalit girl are not arrested.  |  Photo Credit: TwitterKEY HIGHLIGHTSThe video of the girl being beaten has gone viral on social media.The incident has led to outrage prompting police to file an FIR.

Lucknow: There seems to be no end to caste atrocities in the state of Uttar Pradesh. In a fresh incident reported from Amethi district, a minor Dalit girl was mercilessly thrashed by a family after she was accused of stealing a  mobile phone.

The video of the girl being beaten has gone viral on social media. The incident has led to outrage prompting police to file an FIR. One person has been arrested.

The shocking video shows the two men holding the teenaged girl and the third one raining blows on her feet with a heavy stick as the girl cries in pain. The man beating her also drags the girl with her hair in a shocking act of brutality.

Three other women are also seen in the video questioning the girl.

Meanwhile, Amethi police have issued a statement on its Twitter handle saying it has filed a case under the Protection of Children from Sexual Offences (POCSO) Act and the SC/ST (Prevention of Atrocities) Act and arrested one person identified as Naman Soni. Circle Officer Arpit Kapoor said other accused in the case will be arrested soon.

Amethi MP and Women and Child Development Minister Smriti Irani and UP government have faced criticism over the incident that took place amid the high-intensity election campaign in the state.

Meanwhile, Congress leader Priyanka Gandhi has trained guns at UP government and threatened to launch an agitation if the culprits who thrashed Dalit girl are not arrested.

“This incident of ruthless thrashing of a Dalit girl in Amethi is condemnable. @MYOGIADITYANATH Sir on an average 34 crime incidents against Dalits take place every day under your rule and 135 against women, yet your law and order is sleeping,” she tweeted. The Congress leader’s remarks came after the purported video went viral.

Note: This news piece was originally published in mirrornownews.com and used purely for non-profit/non-commercial purposes exclusively for Human Rights objectives. 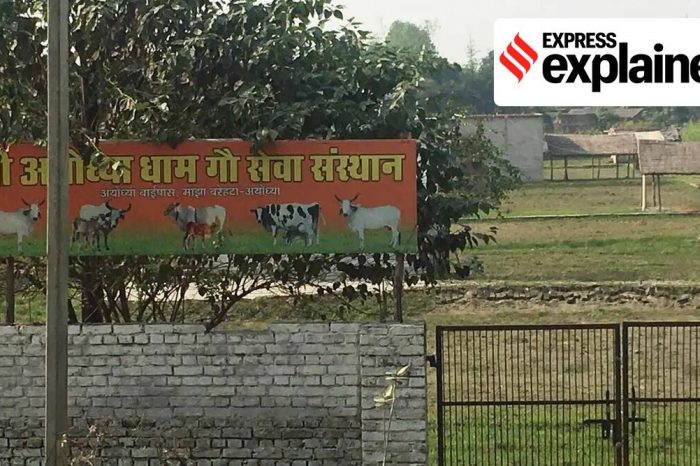 Explained: Rules that govern the transfers of Dalit land in UP 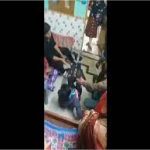