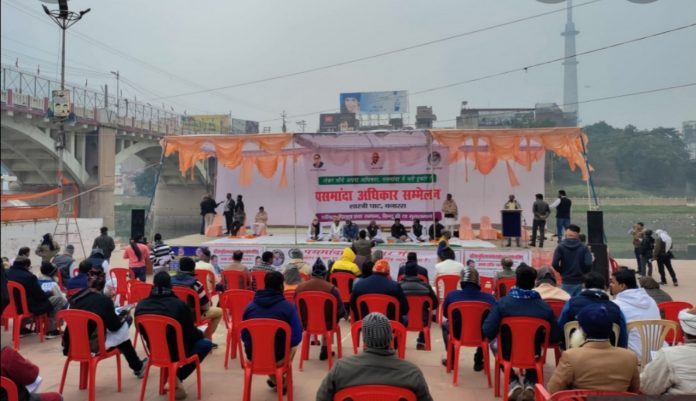 Years under the BJP rule have been turbulent for the lower caste Muslims in Uttar Pradesh. The fact that they have come out together at the Varanasi convention to raise their collective demand is significant. The underlying message from this convention is that the Dalit Muslims are forging unity among themselves and seeking justice for their long oppression.

UTTAR PRADESH — On January 2, 2022, in Varanasi, at its Shastri Ghat, a convention was organized by Dalit Muslim outfits under the banner of ‘Pasmanda Adhikar Sammelan’ (Downtrodden Rights Convention). Over 15 ‘lower’-caste Muslims took part in the convention and demanded a flat electricity rate for the weavers, renewal of licenses of the butchers, SC status for Dalit Muslims, and Caste Census of the Muslims.

These demands are significant because Uttar Pradesh, India’s most populous state is going to the polls for the assembly elections in February. Dalit Muslims form nearly 69% of the 20% Muslims in the state and can make a significant impact on the political party’s fortunes in the politically charged atmosphere in the state.

Yogi Adityanath government in December 2019 had passed an order ending the flat electricity rates given to the weavers’ community. The government enforced unit-based consumption of electricity that was protested by several associations of weavers. In September 2020, the government put a stay on the rates but in December 2021, a new order was brought that asked the weavers to pay arrears for the balance amount. This made many weavers apprehend that if the BJP government again comes to power it will put an end to the flat-electricity rates. This could be unsustainable for power-loom weavers. Therefore weavers are demanding from the political parties to promise them flat-electricity rates to get their votes.

Yogi Adityanath’s rule has been a nightmare for the Qureishis (butchers) community in Uttar Pradesh. This is because the BJP government has put a ban on slaughterhouses and cancelled the licenses of the butchers. The members of the Qureishi community have been making rounds from pillar to post for the renewal of their licenses but have not been successful so far. This had them vocal that they will vote for the political party that is going to address their livelihood problems.

The lower castes Muslims are a downtrodden caste in the Varana ashram of the Hindus. They had broken away from the Hind fold and joined the Islamic fold centuries ago. In independent India, while their counterpart has got the Schedule caste status, they have been denied such privilege due to being Muslims. For example, Bhangis among Hindus is recognized as Schedule Caste but Halalkhores in Muslims are not, though both belong to the sweepers’ community. The same is the case with Nats and Dhobis who are schedule caste but never recognized as so since they belong to the Muslim community.

It’s because of these reasons Dalit Muslims are raising their voice to include them in the Scheduled Caste category. They are also demanding the inclusion of Halalkhore in the National Commission for Safai Karamcharis.

The Varanasi convention also raised the issues of Muslim castes who fall in the category of occupational caste and are struggling for survival due to the government’s neglect. It’s primarily due to non-recognition of the traditional occupation castes among Muslims that their occupations are dying a slow death. For instance, Aligarh’s lock industry, Benares ‘Saree’ manufacturing units, and Bhadoi’s carpet weaving units in eastern Uttar Pradesh, which are the occupation of the occupational castes, are all in dire straits due to non-recognition by the government and are withering away. The Dalit Muslims have come out with the condition those political parties that can give them subsidies and support their occupation will get their votes.

The Varanasi convention of the Dalit Muslims laid stress on the concern that Dalit Muslims should not conceal their caste identity. At present, most Dalit Muslims tend to hide their identities and pretend to be belonging to upper castes to avoid the stigma attached to their caste. The presence of caste stigma coupled with the absence of empowering politics based on caste assertion has led to the marginalization of these castes. The hiding of their caste identity and claiming higher caste status is proving detrimental to their development because it’s only on such a basis they can be entitled to government largesse.

It is a fact that lower-caste Muslims are marginalized on many fronts. The government overlooks them because they are Dalits and also scorn them because they belong to the Muslim community. They are politically marginalized by the political parties because they belong to the lower caste among the Muslims and parties usually give tickets to upper-caste Muslims. The Dalit Muslims also face contempt from their own community and are denied self-respect due to their lower castes status.

A study has found that untouchability is widely experienced by Dalit Muslims at the hands of ‘upper’ caste Muslims. The denial of the caste system among Muslim upper castes, and the lack of assertion by their lower castes, is also a reason why the lower-caste Muslims are suppressed.

It’s true that the years under the BJP rule have been turbulent for the lower caste Muslims in Uttar Pradesh. The fact that they have come out together at the Varanasi convention to raise their collective demand is significant. The underlying message from this convention is that the Dalit Muslims are forging unity among themselves and seeking justice for their long oppression.

This situation has come to pass because the mainstream Muslim leadership has not addressed their issues nor the secular political parties are interested in their welfare. Most of the secular parties have used Muslims as vote-banks and the BJP has ignored and scorned them because they are Dalit Muslims.

The Dalit Muslims are of the view that they can fight for justice with the secular parties but are not sure how to deal with the BJP because they have a different world view about Muslims and have no place for Dalit Muslims till they return back to the Hindu fold.

Note: This news piece was originally published in twocircle.net and used purely for non-profit/non-commercial purposes exclusively for Human Rights objectives. 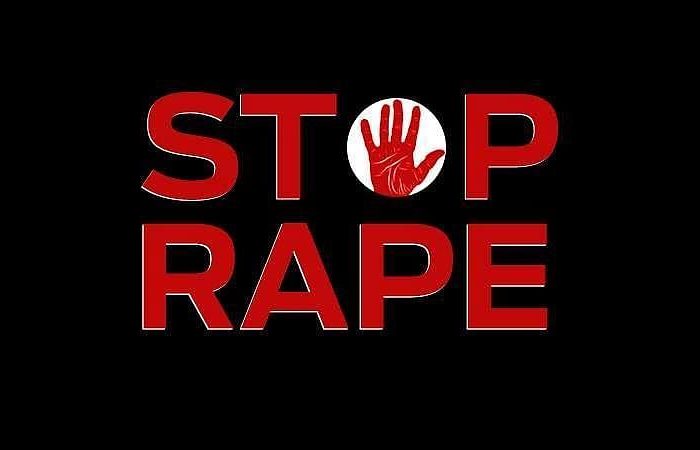 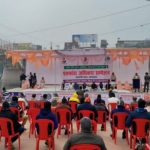