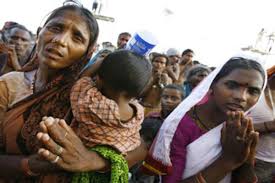 Meerut: As west Uttar Pradesh (UP) is preparing to go to the polls in the first phase, several Dalit activists and political analysts say the repercussions of several past incidents of violence against the community may adversely affect the ruling BJP’s chances of retaining power in the state.

On April 20, 2017, a month after BJP got a massive electoral mandate in UP and formed the government under chief minister Yogi Adityanath, a major clash broke out at Sadak Dudhli village in Saharanpur district during an Ambedkar Jayanti procession. A fortnight later, on May 5, a dispute arose between Dalits and Thakurs in Shabbirpur village over “loud music” during Maharana Pratap Jayanti procession. The violence left one dead, and dozens of Dalit homes were burnt. The incident triggered several others violent incidents, including a massive clash between police and workers of then lesser-known Bhim Army in Saharanpur. Three people later died in clashes that erupted after Bahujan Samaj Party (BSP) chief Mayawati’s visit to Shabbirpur on May 23.

Also, large-scale violence occurred on April 2, 2018, when several Dalit organisations gave a Bharat Bandh call against alleged dilution of the Scheduled Castes (SC) and Scheduled Tribes (ST) (Prevention of Atrocities) Act by the Supreme Court. At Shobhapur village in Meerut, a Dalit youth died in the violence.

Two years later, yet another shocking incident hit the headlines when a 19-year-old Dalit woman was gang-raped in Hathras, allegedly by four upper caste men. She died two weeks later in a hospital in Delhi, but the case remained in the limelight.

“There is an element of fear among Dalits that continues till date, particularly the youth, owing to such incidents. Their natural choice, Mayawati, seems to have already laid down her weapons. Their next choice is SP because it is the only party that is in a position to defeat the ruling BJP,” said Chandra Bhan Prasad, a Delhi-based Dalit activist and political commentator. Another Dalit activist and associate professor at Meerut College, Satish Prakash, said he doesn’t think that the community will vote for SP. 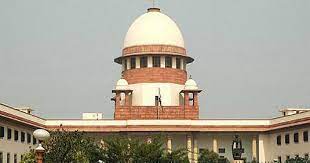 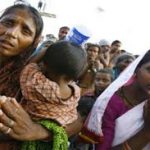