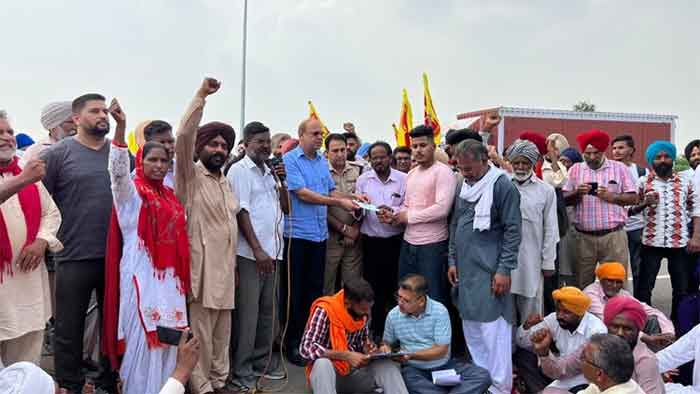 Tragically 2 NREGA workers namely Avatar Singh and Ram Lubhaya met with fatal accident on their return to Phillaur from Sangrur,after the conclusion of the 3 day dharna of the Sanjha Morcha.After disembarking from the train at Phillaur they began to walk on the tracks to reach the main road to get an auto rickshaw when they met their fate. They were oblivious of train coming from behind.

Avatar was unmarried and belonged to village Pabwan, while Ram belonged to Badala.He is survived by a son and two daughters. Avatar resided with his nephew.

The 7 farm labour organisations have demanded stern compensation of Rs 10 lakhs .However the administration only granted amount of 3 lakhs .Zameen Prapt Sangharsh Commitee convenor Mukesh Mulaudh oposed this discrmination towards the agriculutral labourers.Kiti Kisan Union and Bharatiya Kisan Union(Ugrahan) have supported the demands.

Once heart weeps when witnessing the sheer apathy of the administration towards accidents and deaths of dalit agricultural labour ,who face grave discrimination. An NRGA worker stated that if a worker perished n an accident, the families were compensate a bare Rs 25000. It gave scant respect to the value of the labour of a dalit worker.

Protest have triggered off in villages of dalits for justice tor compensation to be awarded to the families of the deceased.

From five lakhs the Unions escalated the amount demanded to ten lakhs,and demanded a job for every family member..They pledged that they would wage resistance to the bitter end.

A sustained protest has to be embarked to ensure that dalit agricultural workers families are given due compensation, after deaths. Such apathy by the rulers is part and parcel of their strategy to alienate the dalit agricultural community and dilute any resistance. Accurate illustration of the strong discrimination that prevails till now.

Inspite of the incident occurring on September 14, the cremation ceremonies of the bodies of the two deceased labourers have not been performed.. Both in their 50s, one hailed from Wadala village in Phillaur while the other one from the Pabwan village in Phillaur. Pendu Mazdoor Union State President Tarsem Peter said, “These labourers died fighting for their rights. But governments typically do not pay heed to the death of a labour. We will continue our protest and the dharna on September 20 until their families are compensated. Their families have also refused to cremate them until then. While the district Red Cross compensated Rs 50,000 each to both the families today, the Jalandhar administration has promised that they will be fully compensated by Monday afternoon. However, if the demand is not fulfilled until then we will proceed with our dharna.”

Note: This news piece was originally published in countercurrents.org and used purely for non-profit/non-commercial purposes exclusively for Human Rights . 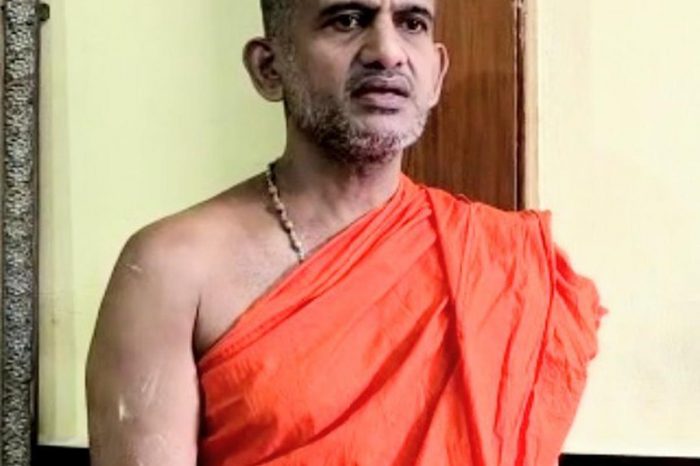 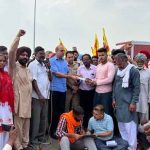