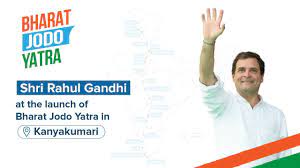 Almost any ‘news’ takes precedence over the proposed 3,570 km Bharat Jodo Yatra, which by any stretch of the imagination is a lot of leg work.

We don’t know if the Bharat Jodo Yatra will todo the BJP’s stranglehold on Indian politics. But the Congress and Rahul Gandhi’s relationship with broadcast news has broken down so badly that the media has little appetite for either.

A ‘rapist’s’ foot massage for an AAP minister in jail (Times Now) upstaged the party’s foot soldiers march that began in the south and now moves northwards. A mock narco test with a dummy patient in the Shraddha ‘murder ki kahaani’ (Aaj Tak) received 10 minutes of coverage while Rahul Gandhi’s first election rally in Surat, Gujarat, Tuesday, was reduced to a sound bite — or else, completely ignored.

TV9 Bharatvarsh gives continuous coverage to what it calls the ‘World War’ between Russia and Ukraine. Its correspondent tracked down the gigantic crater created by a misdirected Ukrainian missile in Poland, Monday. But the channel has no space for even one kilometre of the yatra in India that has been on the road for two-and-a-half months.

Almost any ‘news’ — the more sensational the better — gains precedence over the proposed 3,570 km Bharat Jodo Yatra, which by any stretch of the imagination is a lot of leg work.

This week saw ‘two horrific’ crimes in UP said NDTV 24×7 that caught the eye its reporters, including a woman’s body in a suitcase found on the Delhi-Agra expressway. TV had abundant time for the tu-tu main-main bickering between the BJP and AAP as ‘BJP stings AAP’ in a ‘cash for ticket’ ‘expose’ (CNN New 18), and then comes the astonishing videos — who leaked them? — of AAP’s Satyender Jain enjoying a ‘spa’ at Tihar Jail (CNN News 18).

Times Now had no time for Rahul Gandhi in Surat or anywhere else for that matter. But the channel was outraged when ‘hate preacher’ Zakir Naik was accorded ‘red carpet treatment’ in Doha. ‘Qatar’s Duplicity’, shouted out the channel in indignation.

The only occasions Rahul Gandhi got a look in by TV was when he made controversial comments, such as the one on Veer Savarkar while the Congress leader was in Maharashtra. Hardly the kind of unifying message the yatra wants to promote but just the kind of remark that delights news channels, especially since it hurt the sensibilities of the Congress’ Maha Aghadhi partner, Shiv Sena—now that’s news.

The yatra commenced in the southern states, so perhaps the ‘national’ news channels may be forgiven for ignoring it in September and October. But now it’s gone through Maharashtra and is entering Madhya Pradesh – a state that goes to polls next winter and where the Congress still has a sizable following. It ought to make news – will it? Going by current experience, unlikely.

The Bharat Jodo Yatra is always on the sideline of ‘Breaking News’.

For instance, ‘bilkul taazi khabar’ on ABP News Monday mid-morning was ‘Delhi Police at five-star in Mumbai’ where Shradhha’s alleged killer Aftab Poonawala had once worked. There were scenic shots of a lake in Haryana where he may have thrown his weapons, and the police hunting for Shraddha’s ‘head’ and remaining body parts (ABP News). Then came the narco test, which hasn’t materialised so far. But that doesn’t bother the news channels. Some went ahead to explain ‘What is a nacro test’. Aaj Tak conducted a mock one. India Today lined up questions to be asked of Aftab after the anaesthesia had been administered to him and he was in an ‘alpha state of mind’: did you kill Shraddha? How did you dismember her body?’, ‘How did you clean the crime scene?’

It was only when TV was done with crimes of one kind or another that it remembered there was an election campaign in Gujarat and in Delhi. Prime Minister Narendra Modi’s meetings and Rahul Gandhi’s rally didn’t find favour but news channels did report from ‘ground zero’. Zee Hindustan travelled in an autorickshaw with AAP’s Atishi in Delhi where civic polls are due early next month – at Kalkaji, they listened to voters’ complaints in front of her. India TV was is Sidhpur, Gujarat; Times Now Navbharat spoke to Muslim voters in Ahmedabad, many of whom said they would vote for the BJP. India Today revisited Morbi where the collapse of a suspension bridge killed 141 people – the local people were understandably disgruntled with the ruling party.

By the way, NDTV 24×7 ‘accessed’ the FSL report on the Morbi accident, which clearly pointed fingers at the Oreva Group — the firm responsible for maintenance of the bridge — and the administrative authorities. Other channels didn’t seem interested. They would much rather access letters, reportedly written by Shradhha. One such letter to the police, TV channels claimed with ghoulish disapproval, stated, “He tried to kill me today” (Times Now).

By everything we have read in the media, the Bharat Jodo Yatra has received a good public response. Why, then does it get such poor TV coverage? Well, good news is no news; then again, this is not news about Narendra Modi or Home Minister Amit Shah, so it’s not big news. And then it’s AAP that has become the opposition party of the day for news channels, especially because the BJP attacks them at least once daily. Also, Rahul Gandhi, the Congress and the news channels are not on cordial terms – Congress doesn’t appear on channels such as Republic TV.  Not helpful when your party needs coverage. Another reason is that Congress is no longer the political force it used to be – for many, it’s a spent force. So why bother covering it?

From the Congress standpoint, perhaps, the absence of media glare is positive since it usually finds itself portrayed negatively on TV news channels. If the Bharat Jodo Yatra manages to revive the party’s fortunes, the attitude towards it might change.

Till then, it’s back to the Shraddha murder mystery. 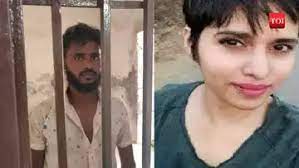 UP man pretends to be Muslim, justifies Shraddha Walkar's murder 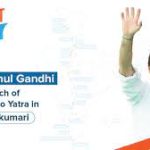