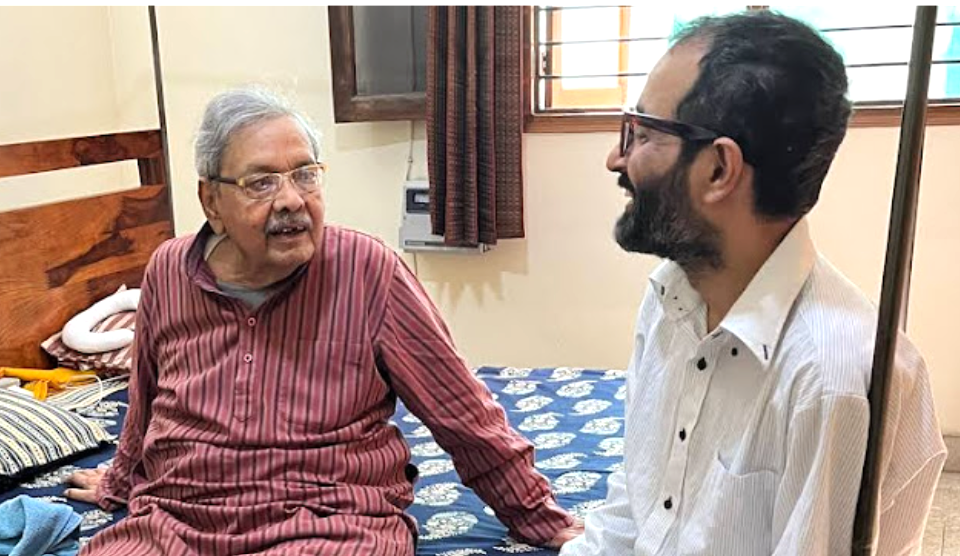 Professor Imtiaz Ahmad, who taught at Jawaharlal Nehru University (JNU) for three decades, has been abused by Hindu fanatics for his comments on the Gyanvapi Masjid. This is yet another indication that our society is becoming more and more intolerant, irrational, communal and illiterate.

The way Prof Ahmad is being trolled by hatemongers is shocking. His religious identity has been targeted, although he has never let his religion restrict his thinking and actions.

Those who are attacking Prof Ahmad and reducing him to his religious identity do not have any idea about his contribution to nation-building. During 1972-2002, he taught political sociology and minority politics at the Centre for Political Studies (CPS), JNU.

The JNU alumni regard him as one of the most creative and original thinkers of his time. I joined JNU only in 2009 and even today my seniors tell me that he was perhaps one of the best teachers of the university. They say his comments during tutorials, discussions and seminars were sharp and eye-opening.

Even though I wasn’t fortunate enough to attend his classes, I would spend hours with him in Jamia Millia Islamia, New Delhi. Those days, he had retired from teaching but he used to come to Jamia to participate in seminars and we, as students of Jamia, used to reach out to him at lunch and tea break with our questions. He would take all our questions, so much so that he often forgot he had to go back to the seminar room.

I have been witness to the fact that Prof Ahmad is not only a learned person but also a very bold intellectual. He does not believe in playing to the gallery. He does not change his tune with the changing nature of the regime. Nor does he believe in forging a vicious cycle of sycophant scholars, which most academicians are prone to doing.

His brilliance and his boldness even invited the envy of his colleagues at the Centre of Political Studies. As a result, they conspired against him and this led to his suspension. For several years he remained suspended but he kept fighting.

Finally, the truth prevailed and his suspension was revoked. All those who put hurdles in his path are intellectually dead and forgotten, while the work and contribution of Prof Ahmad has become immortal. His work has become part of our historiography and intellectual debate.

Sadly, the same Prof Ahmad is being trolled by Hindu fanatics. If India has survived and is known in the world for being a society of composite culture, people like Prof Ahmad have dedicated his life to providing the intellectual glue.

All those illiterates who are trolling Prof Ahmad, why don’t you spare a few hours of your time and read some of his works and cleanse your prejudice? If you do not have the time to do that, you can still watch some of his lectures online.

Unlike Hindu and Muslim communalists, Prof Ahmad’s work has stressed the composite culture of India. Not only that, he has also underscored the Indianness of Islam in India. He cannot emphasize enough that from a scholar’s point of view, the textual part of religion is important but how the religion is lived out every day is more important.

It is in the real world that a scholar can find complexities, while the religious texts are often written to give the ideal picture.

That is why he has always warned scholars against considering the textual reality as the total reality. For him, a scholar has to go to the field – if they rely on the textual understanding or common sense, they would run the risk of making gross generalizations.

Besides, Prof Ahmad has questioned the unequal elements within a religion, for which he has been criticized by the orthodox sections. His major work aims at problematizing the monolithic and homogeneous character of a religion. According to him, religion is never monolithic nor is it homogeneous.

He maintains that religious scholars through their didactic texts try to paint an ideal and homogenous picture of religion, while the reality is that the followers of religion are deeply divided along class, caste, gender and regional lines.

In the late 1970s, Prof Ahmad changed the discourse in academics by showing social stratification among the Indian Muslim community. The earlier discourses, both secular and communal, looked at Muslims as a monolithic community.

However, Prof Ahmad fearlessly says that Indian Muslims do have a caste-like feature. In the introduction to his pioneering book, ‘Caste and Social Stratification among Muslims in India’ (1978), Prof Ahmad argues, “It is clear that caste exists as a basis of social relations among them but its form has been greatly weakened and modified and it differs from the Hindu caste model in certain details.”

To deny legitimate rights to Dalit Muslims, Hindu right-wing argues that Islam does not have a caste system

It is his work that intellectually provided strength to lower-caste Muslims to fight for their rights. Some call themselves Dalit Muslims while others identify as Pasmanda Muslims. However, their basic arguments is that lower-caste Muslims face discrimination at multiple levels.

They are discriminated against by the majoritarian State and the upper castes, be they Hindus or Muslims. One of their main demands include granting Scheduled Caste status to Dalit Muslims who were excluded from schedule though a presidential order by the Jawaharlal Nehru government in the 1950s.

To deny the legitimate rights to Dalit Muslims, the Hindu right-wing within the government argued that Islam does not have a caste system, hence Muslims do not deserve to be included in the schedule.

However, the work of Prof Ahmad challenges this communal narrative. Ironically, the Muslim elite and religious leaders have hardly shown any interest in his work. Their self-interest in presenting the community as monolithic influenced their approach towards him and they largely brushed aside his arguments.

A few months ago I was able to visit Prof Ahmad’s place in Delhi. When I entered his room, he was sitting on the bed and looking at his mobile phone. On seeing me, he asked me to sit and offered me sweets. Our discussion began and his first comment was this: “True, Hindu communalists are provoking Muslims. But the way a section of a Muslims is reacting is also not the best thing to do”.

On hearing this, I was moved. Never has communal polarization been so sharply felt or have Muslims been so demonized, yet here is an old man who is not under the sway of any passion. Like the Buddha, he speaks rationally. While he is critical of the Hindu fanatics, in the same breath, he also brushes aside any unwanted reactions from Muslim community.

During our conversation, he remained optimistic. He said that India would very soon overcome this phase of religious frenzy: “Whatever we are seeing today will soon pass. Secular democracy and composite culture will last. … Yes. This difficult time will soon pass.”

If one gets acquainted with his work and ideas, they will be left with no doubt that Prof Ahmad is the epitome of what is good in India – secularism, composite culture, rationality and a quest for equality. 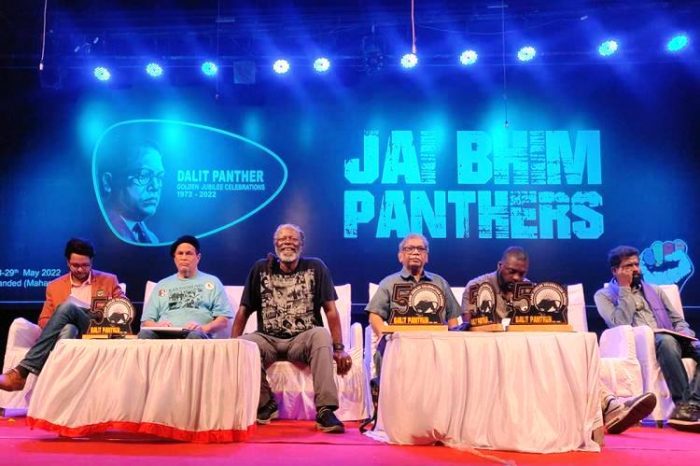 The Panthers growl again: A short memoir of a historic Dalit-Black conference 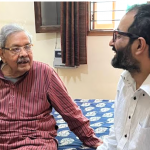