Traffic disrupted by digging the path of Dalit settlement

The traffic on the road leading to Morwa Block Indrabara Panchayat Dalit Basti has been disrupted. There is huge resentment among the affected villagers. The affected people allege that after losing the panchayat elections, the candidate of the Panchayat Samiti member has obstructed the traffic by digging a pit on the road.

Such a pit has been dug from the JCB on the road on Patli that it has become difficult to walk on it. There is only one way for the people of Dalit Basti to move. In such a situation, due to the digging of the pit, the problem of traffic has arisen in front of the people.

Till Friday evening, no application had been given to the local administration or police station in this regard. However, newly elected chief Rinku Devi and local social worker Vilat Sah have sought intervention from the administration to get the road started again. 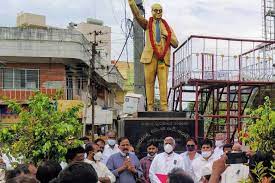 Know the meaning of the Constitution by keeping it dalit 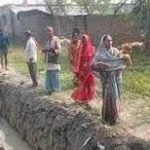 Traffic disrupted by digging the path of Dalit settlement