Erode: The headmistress of a primary school in Tamil Nadu’s Erode district who was on the run after being booked under the SC-ST (Prevention of Atrocities) Act was picked up by the police on Saturday. The teacher, identified as Geetha Rani, was suspended from service on Thursday and booked for allegedly making Dalit students clean the school toilets.

Geetha Rani was arrested from a hideout and was sent to the Coimbatore central prison under judicial custody. Earlier, the police had formed special teams to track down and arrest the absconding woman at the earliest.

Geetha Rani was the headmistress of Palakkarai Panchayat Union Primary School in Erode’s Perundurai. Her discriminatory action came to light after a student of the government primary school fell ill and got admitted to the Perundurai government hospital. When the class 5 student was diagnosed with dengue, the parents had a conversation with him to figure out from where he got bitten by the mosquitoes. The boy then revealed to his parents that he was asked to bleach the school toilets by the headmistress.

The teacher made him clean toilets since he joined class 4. Along with other SC students, he was asked to clean the water tank and bleach the school bathrooms regularly, the student said.
The parents filed a complaint against the headmistress and staged a protest demanding strict action against the teacher. The Child Welfare Committee was also alerted by the parents, the news reports added. 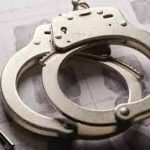