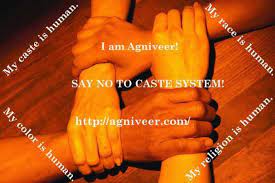 Hindu social and spiritual leaders need to come together to convince people against the caste system. There is a remarkable similarity in the fall of two epic warriors: Achilles and Duryodhan.

When Achilles was an infant, there was a prophecy that he would die young. To stop this, his mother Thetis took him to the River Styx, the waters of which, according to Greek mythology, made people invulnerable. She dipped Achilles into the water holding him by his heel. The heel, untouched by the magical waters, was left unprotected and ultimately led to his death.

Before the decisive showdown against Bhim in Mahabharat, Duryodhan’s mother Gandhari wanted to meet him. She had a very odd instruction. She wanted her eldest son to come to her stark naked.

Gandhari, who had pledged to live her entire life in a blindfold with her blind husband Dritarashtra, had a blessing from Lord Shiva. If she ever removed her blindfold, the body of whoever she sets her eyes on would become like vajra or thunderbolt.

Duryodhan, however, did not know this. He felt too embarrassed to visit his mother naked, and so his genitals and upper thighs were covered with leaves. This part was left unprotected. Bhim, at Krishna’s insistence, hit him there and it led to Duryodhan’s fall.

Two cultures. Two of mythology’s greatest warriors. But there is one abiding lesson: one needs to be aware, open, and brutally honest about one’s vulnerabilities to fix them. Left unaddressed, the vulnerabilities can kill the mightiest.

Sanatan dharma or Hinduness, the world’s most ancient living faith which has survived waves of invasions and colonialism, has left its greatest vulnerability unaddressed, exposed to being exploited, and as a potent tool for those who wish to divide Hindus. It is the caste system.

Traditionalists make a difference between a karma and community-based varna vyavastha and a rigid, birth-bound caste system. They say untouchability and the rigidities of caste hierarchy were introduced after the Islamic invasions and by the British colonialists who delighted at dividing to rule. Many also argue that Indian society did not capitulate completely to forced conversions because of caste pride.

Varnas may have been created to explain different kinds of work as a matrix, but it is undeniable that it ultimately paved the way for the creation of the most oppressive and rigid social hierarchies, the most exploitative practices, and centuries of soul-crippling discrimination and torture.

It offered a ripe fault line for invaders to defeat us with much smaller armies, as only the warrior class was supposed to militarily defend the land. It allowed our colonial masters to divide Indians. It created space for missionaries and mullahs to carry out mass conversions. Where even force failed, the promise of dignity, however illusory, won.

Which is why Sadhguru Jaggi Vasudev is so right is saying the bigoted, Hinduphobic conferences like ‘Dismantling Global Hindutva’ will have no effect if Hindus bring an end to the caste system, and thereby, casteism.

Responding to a question at the Pejawara Adhokshaja Mutt’s 34th Chaturmasya Mahotsava, the Isha Foundation founder said, “We don’t have to worry about someone trying to dismantle the Hindu way of life. If we strengthen it and make it attractive for people, eliminating distinctions of caste and creed so all can live with dignity in the Hindu framework, no one can dismantle it.”

In that appeal was an echo of BR Ambedkar’s vision from his iconic book, Annihilation of Caste: “In my opinion, it is only when Hindu society becomes a casteless society that it can hope to have strength enough to defend itself. Without such internal strength, swaraj for Hindus may turn out to be only a step towards slavery.”

The Citizenship Amendment Act (CAA), scrapping of Kashmir’s special status under Article 370, the National Education Policy, and clearing the way for the Ram Mandir at Ayodhya have been great civilisational steps since the Narendra Modi government has come to power, Hindus must now address the issue of caste. As a society, Hindus have never been scared of introspection and reform. If there was ever a case of throwing the baby out with the bathwater, it is that of the divisive, denigrating caste system.

If identity and occupation based on birth were unjust in any age. It is downright outrageous now.

Hindu social and spiritual leaders need to come together to convince people against the caste system. Government paperwork must do away with caste mentions wherever not strictly necessary. More Dalit leaders need to talk progress in their communities instead of fixating or exploiting the politics of victimhood, as the far Left and Islamist Meem-Bhim champions would want them to.

Reservations, as Ambedkar had envisioned, should only apply for a limited period. Stories of more tribal, Dalit and lower-caste nationalist icons must enter our textbooks and media. Inter-caste marriages must be normalised and celebrated.

As India gets stronger and more awakened to nationalism, threats from both inside and out have increased. We cannot afford to leave our society vulnerable by using fig leaf or being in denial. The stories of Achilles and Duryodhan are a good starting point to end the biggest vulnerability of this great civilisation.

Note: This news piece was originally published in firstpost.com and use purely for non-profit/non-commercial purposes exclusively for Human Rights objectives. 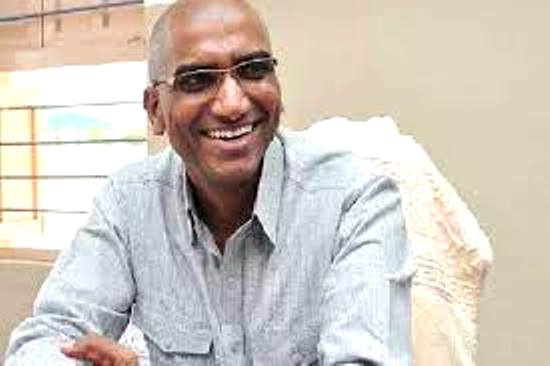 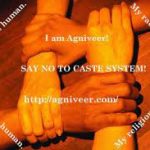