Three years and still no trial: The Legal Battle of Bhima Koregaon

On July 5, 2021, 83-year-old activist and priest Father Stan Swamy passed away in a Mumbai private hospital while in judicial custody for his alleged involvement in the riots that took place in Bhima Koregaon post the Elgar Parishad event held on January 2018.

His death highlighted the state of undertrials in the Bhima Koregaon case, most of whom have been awaiting trial for the past three years.

The event marked the 200th anniversary of the victory of Dalit soldiers in a battle against a local Brahmin Peshwa ruler.

It was marred by violent clashes between Dalit and Maratha groups which led to at least one death and injuries to several others. Consequently, three First Information Reports (FIRs) were filed in the case.

FIRs and chargesheets filed in the case

The FIR of January 8, 2018 registered against Leftist groups with Maoist links was the one vigorously pursued by the authorities. It forms the basis of the entire Bhima Koregaon case which led to arrest of 16 accused, 3 chargesheets and a trial yet to begin.

It was registered on a complaint by a Pune businessman Tushar Damgude, belatedly alleging that at the event, people had given inflammatory speeches inciting hatred.

The case was being investigated by the Anti-Terrorist Squad, Pune which accused 11 persons are accused. The first chargesheet of over 5,000 pages was filed in November 2018 against 5 arrested accused and 5 absconding accused.

The Pune Police applied for an extension of time for filing of a secondary chargesheet and an additional 90 days was granted by the Special Pune Judge on November 26, 2018.

It alleged that the accused hatched conspiracy to form a parallel government in the country by overthrowing the government established by the democratic set­up.

Transfer of case to NIA

In January 2020, the Centre issued a notification for the investigation to be transferred to the National Investigation Agency (NIA) and accordingly, the NIA registered a case.

After NIA took over the case, the case was transferred to the Special NIA Court of Mumbai.

On August 22, 2021, NIA submitted seventeen draft charges in the Special Court against the 16 accused in the Bhima Koregaon case.

However, the accused pointed out that several of their pending applications are required to be disposed of before the charges can be framed by the Court. Thus, the framing of charges has been deferred till then.

The following are details of the proceedings that have been filed since 2018.

Dhawale was arrested in June 6, 2018. He is a Dalit rights activist and owned a Marathi left-leaning publication.

Wilson is an academic, activist, and was a member of the Committee for Release of Political Prisoners. He was arrested on June 6, 2018.

Gadling is a human rights lawyer. He was a former general secretary of the Indian Association of Peoples’ Lawyers (IAPL) and was arrested on June 6, 2018.

Raut was the last to be arrested in June 2018 by the Pune Police. He was a land rights activist and had been a former research fellow of the Prime Minister’s Rural Development Programme.

The Telugu poet and communist ideologue was arrested by the Pune Police in August 2018 in the next set of arrests. These set of accused were placed under house arrest for about a month, before they had to surrender to judicial custody.

A lawyer by profession, Ferreira was an advocate of tribal and Dalit rights. He was also arrested on August 28, 2018.

An academician and trade unionist, Gonsalves is a Dalit, tribal and prisoner rights activist.

Bharadwaj, also a lawyer by profession, was the national secretary of the People’s Union for Civil Liberties when she was arrested in August 2018. She was also a visiting faculty member at National Law University, Delhi.

Teltumbde’s name was added in the FIR in November 2018. A scholar and a professor of management at the Goa Institute of Management, Teltumbde surrendered to the NIA after the Supreme Court refused to grant him protection from arrest in March 2020.

An academician, writer, human rights activist and former secretary of People’s Union for Democratic Rights, Navlakha was arrested in August 2018, but was placed under house arrest. He also surrendered with Teltumbde in April 2020 after the Supreme Court order.

Babu, a Delhi University associate professor, was arrested in July 2020 after he had been summoned by the NIA for interrogation.

Gorkhe, a member of the Kabir Kala Manch, was arrested with two other members by the NIA in September 2020. The organisation was alleged to be a Maoist organisation.

Gaichor was arrested along with Gorkhe for being a member of the Kabir Kala Manch. The two accused have filed a plea for quashing of the criminal proceedings initiated against them, which is pending before the Bombay High Court.

Claimed to have given provocative speeches at the 2017 event, Jagtap, also a member of the Kabir Kala Manch, was arrested with Gorkhe and Gaichor and was remanded to NIA custody for 3 days. She is presently lodged in the Byculla women’s prison with Sen and Bharadwaj.

The eldest among the incarcerated accused and the last person to be arrested was the late tribal and Dalit activist and Jesuit priest Swamy. Although his name appeared in the 2018 FIR, he was arrested by NIA in October 2020.

Although Swamy passed away in July 2021, his lawyers have been trying to keep the criminal proceedings against him alive in a bid to clear his name from the case.

While Bombay High Court is yet to take a call on Swamy’s pending appeals, the Special NIA Court has listed the pending applications on September 6, 2021.

Note: This news piece was originally published in barandbenchindia.com and use purely for non-profit/non-commercial purposes exclusively for Human Rights objectives. 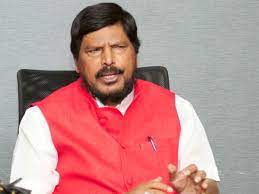 Quota For Patidars Okay, But Not From OBC Category: Athawale

Three years and still no trial: The Legal Battle of Bhima Koregaon