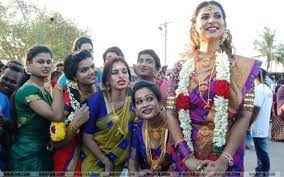 While parts of the country go on to scorn them, there is a community in south India that truly celebrates the transgender identity in full vigour and enthusiasm.

Though the Supreme Court has given out a ruling recognising the third gender, it is upsetting that we still haven’t accepted them. In fact it is sad that they had to be recognized at the first place, this goes on to explain the amount of marginalism this community has faced.

While parts of the country go on to scorn them, there is a community in south India that truly celebrates the transgender identity in full vigour and enthusiasm.

Every year, between April and May, thousands of transgenders from across the country come together at the Koothandavar Temple in Villupuram district of Tamil Nadu for the annual Koovagam Festival which runs for 18 days.

The Koothandavar Temple is dedicated to Aravan, the son of Arjuna and the Naga princess Ulupi.

In the Mahabharatha, there came a development on the 18th day where the Pandavas needed to sacrifice someone from themselves to Goddess Kali to win the battle. Aravan agreed but wanted his last wish to be fulfilled before his death, of being married.

With a single day’s marriage and widowhood ahead for the pending life, no woman agreed to wed Aravan, hence Krishna took Mohini avatar and married Aravan, the next day as promised Aravan sacrificed himself.

A large number of trangenders take part in this festival where they dress up as brides of Aravan and enact these events from the epic during the 18 day festival.

An idol of Lord Aravan is being carried for the annual festival.

The festivities have begun as the brides shop for their necessities.

We may not be the same, but we are equal.

The priest ties a sacred thread around the eunuch’s neck as part of a ritual.

The transgender community in its full heartiness as the celebrations continue.

A Transgender bride decked up for her wedding.

Brides following a ritual at the Koovagam festival.

The world is the same, your vision creates differences.

Two transgender brides in conversation as one looks on.

Enactment of a scene but also the reality that exists.

A Eunuch out of her emotions says that Lord Aravan has come inside her and jumps.

Lord Aravan has died, just as her wishes always have.

As the Marriage ends, the mourning begins.

The beauty of the enactment

Transgenders doing “Oppari” (a means to express their sadness at a person’s death).

Just as dreams are shattered

Wish their lives would be colorful though

Aravan is sacrificed, and the brides have turned into widows, as the 18-day fervour ends, their only celebration ends with it.

This transgender festival (also the biggest in Asia) is an eye-opener for all of us.

For many transgender women, it is so significant because it is their only chance to get married.

Across the country, transgender people are looked down upon because of their sexuality. Most of them are forced into prostitution for availing income.

Although some states, most notably Tamil Nadu, have legislated measures for transgender inclusion, much still remains to be done.

It is festivals like Koovagam that gives hope not just to the transgender community but sends out a message to all of us in general.

“To embrace who we are and also accept what others are to us.”

Note: This news piece was originally published in edtimes.com and used purely for non-profit/non-commercial purposes exclusively for Human Rights. 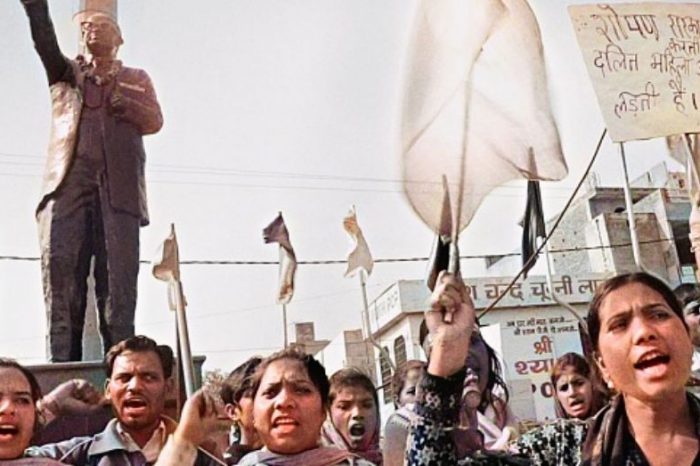 On The Intersections Of Caste And Gender In India 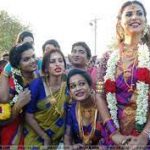