Sex Change Cases In India: Cases of sex change have increased in India. There are more cases of making women than men. And mostly people in the age group of 25-40 years are getting sex change.

New Delhi: Recently, the Madhya Pradesh Home Department has allowed the female police constable to change the gender. This is the first case in the state, in which sex change has been allowed by the government. Under this, female constables can become men. This decision of the state government is a picture of a changing India. Where the acceptance of such steps has increased.

What is sex change

Actually sex change is a surgery. In which a man can be made a woman and a woman can be made a man. Apart from this, transgenders can also get their sex changed. The process of getting this type of sex change done is done by a plastic surgeon. However, even after changing sex, a person cannot have children. That is, after changing sex, men and women do not have the ability to produce children.

Pune-based plastic and reconstructive surgeon Dr Salil Patil told Times Now Navbharat Digital that due to increased awareness, acceptance and legal recognition, cases have increased in the last three-four years. According to Patil, many people have the problem of gender disorder.

Meaning the man feels that he is like a woman. Similarly, a woman feels that she is like a man. So it is not a disease. It can be understood as thinking of a person as he is. But before getting the surgery, he has to check with two psychiatrists and get approval that it is a disorder. Not because of any pressure or any mental problem, he is taking the decision to change sex.

What kind of people are coming for sex change, Dr. Patil says that people of all classes are coming. This includes transgenders as well. One trend is definitely visible is that the number of people becoming women is more than men. Also most of the people are people in the age group of 25-40 years.

It is important to understand one more thing that sex change does not mean that a person will be able to have children. Such technology has not yet been developed. But he will be able to lead a normal life after 15 days of surgery.

According to a report by Global Market Insight, the sex reassignment surgery market in the world was worth over $316 million in 2019. In which there was a segment from male to female of more than $ 200 million. It has a growth rate of more than 25%.

What is the legal provision and how much does it cost

According to Keshav Solanki, founder of the reassignment surgery website and consultancy for surgery, it is completely legal in India. But only people of 18 years of age and above can get sex change of their own free will. To do this, they have to get approval from two psychiatrists. In which the psychiatrist supervises and counsels the person who wants to undergo sex change for 6 months. And only after his certification the surgery is done.

Right now we get 10-15 calls everyday for surgery. Out of which 70 percent calls come from India. Whereas the rest of the calls come from abroad including countries like Sri Lanka, Germany, Pakistan etc. It costs about 3-3.5 lakhs to become a woman from a man. Whereas, it costs 4.5-5 lakh rupees to become a man from a woman.

Note: This news piece was originally published in timesnow.com and used purely for non-profit/non-commercial purposes exclusively for Human Rights objectives. 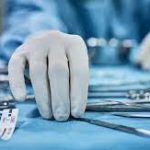