In Banda’s Bisanda police station area, the hand of a girl who went to get goods at the shop was touched by a domineering youth. Angered by this, Dabang not only brutally beat up the Scheduled Caste girl, but also tore her clothes. On the complaint, the police did not even register the incident report. Today the victim met the SP and informed about the whole matter.

Let us tell you, the matter is of Aliha village of Bisanda police station area. On June 26, Ragini, the 13-year-old daughter of Santosh Kumar, who lives in the same village, had gone to the grocery store to get goods. When she was taking goods in the grocery shop of King Kushwaha, only then Kamlesh Kushwaha, the world’s forgotten son of the same village came and started taking the goods.

The shopkeeper returned the money after giving the goods. While picking up the money, suddenly the girl’s hand touched Dabang Bhulua, due to which she got agitated. The said Dabang slammed the minor girl in the ground and started kicking and punching. In anger, he tore the girl’s clothes and abusing the caste indicator said that how did you touch me. I will kill you today.

Frightened by the beating, the girl somehow saved her life and reached home and informed her father and uncle about the whole incident. After this, the father and uncle reached the police post with the girl and filed a complaint to register a case against the accused. The police caught the accused and released him after keeping him in custody for a few hours.

On the second day, the police pressed for a settlement, but the victim and the family did not agree to the settlement. On Monday, the family members reached the Superintendent of Police’s office with the victim and complained about the incident and demanded action against the culprit.

Note: This news piece was originally published in dainikbhaskar.com and used purely for non-profit/non-commercial purposes exclusively for Human Rights. 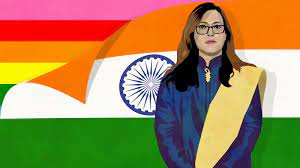 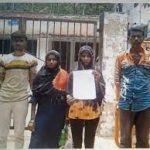