Regarded as one of the earliest social reformers, very little is known about the woman who challenged patriarchy and conservative norms.

On January 9, Google honoured Fatima Sheikh, a reformer and educationist, with a doodle on its homepage on her 191st birth anniversary.

Sheikh is widely regarded as India’s first Muslim woman teacher. She taught at an all-girls school in the 1840s, despite severe opposition from feudals and conservatives who followed a rigid caste system.

That was a time when only privileged men had access to schools.

But her work has largely been forgotten – she’s relegated to a few tweets and articles. There’s even debate around her exact date of birth.

People have taken a renewed interest in her story amid concerns that the Hindu nationalist government of Prime Minister Narendra Modi is systematically undermining minorities, especially Muslims.

“We don’t look at partition or events leading up to it with any degree of neutrality. I think there is desire to demonise (Muhammad Ali) Jinnah and what  happened in the 25 years before 1947,” Aakar Patel, head of Amnesty International India, tells TRT World.

“Because of that, there is a reluctance to try and understand what Muslim life was before parition.”

India and Pakistan declared independence from British rule in August, 1947. Jinnah envisaged Pakistan as a country mostly for Muslims.

While millions of Muslims migrated to Pakistan, many stayed back in hopes of making a future in secular India. Today, more than 14 percent of India’s 1.2 billion population is Muslim.

“Muslims have been marginalised in ways which only partly include wiping them out of history books. If you look at the political representation of Muslims in India, it is at its lowest point,” says Patel.

None of India’s 28 states is governed by a Muslim chief minister. There’s not a single Muslim minister in 15 states. And there’s no Muslim among the 303 MPs of the ruling Bharatiya Janata Party (BJP) in the lower house known as Lok Sabha.

Fatima Sheikh and Savitribai Phule paved the way for millions of girls in India to have education.

Fatima Sheikh and Savitribai Phule paved the way for millions of girls in India to have education. (AP)

Fatima Sheikh’s legacy is closely intertwined with that of Savitribai and Jotirao Phule, a wife-husband duo, who started India’s first school for girls in 1848 in the second most populous state of Maharashtra.

The Phules were Shudras, a lower scheduled caste, and faced severe resistance for their work, which included advocacy for female education and challenging the hold of the upper caste Brahmin Hindus.

In the mid-19th century and even until much later it was common for Brahmins to bar people from other communities to gain an education. Society was rigidly divided along the lines of caste, communities and gender.

Even Jotirao Phule’s own family turned against him when he insisted that his wife, Savitribai, learn to read and write.

When the Phules were forced out of their home, it was Fatima and her brother, Usman Sheikh, who gave them refuge in their home in the city of Pune.

It was in the Sheikh’s home that the first all-girls school, Indigenous Library, was opened.

“Here, Savitribai Phule and Fatima Sheikh taught communities of marginalized Dalit and Muslim women and children who were denied education based on class, religion, or gender,” Google said.

For Fatima Sheikh and Savitribai, who had attended a missionary school to become trained teachers, it wasn’t easy to convince parents to enroll their daughters.

Sheikh spent hours going door to door to convince her neighbours. Those must have been trying times.

“Even though upper-caste men and women threw mud and cow-dung at her and passed all sorts of abuse as she walked on the streets, Fatima Sheikh pursued her cause,” writes Ankita Apurva in Live Wire.

Islam encourages educating both men and women but some Muslim families forbid girls from going to school. A class divide meant that people like Sheikh who belonged to a farming family, faced hurdles of their own.

Savitribai and Jotirao Phule are still remembered by many in India. But Fatima Sheikh’s contribution has largely been forgotten.

Savitribai and Jotirao Phule are still remembered by many in India. But Fatima Sheikh’s contribution has largely been forgotten. (Getty Images)

Among the many admirers of Sheikh is Dr Mahino Fatima, an Indian neurobiologist.

Mahino says she belongs to a cloth weaving family, which was historically denied access to education.

“How can I become a scientist if I have not attended a primary school? She brought up the idea that we can also study the curriculum which men read. The idea that girls and boys can have similar education was a huge step forward,” she tells TRT World.

Sheikh taught at various schools that the Phules ran over the years.

Eventually her efforts paid off and girls from different castes and backgrounds who wouldn’t otherwise socialise, sat under one roof to take their lessons.

The Indigenous Library was also different in the sense that it didn’t focus on religious texts that most schools taught in those days.

Phules and Sheikhs stressed on girls getting an education in mathematics, science and social studies.

Within four years after Savitribai started the school, the girls enrollment was ten times higher than the number of boys studying at any government school in the area.

The impact of Fatima’s collaboration with the Phules went beyond education. It was one of the earsliest examples of when a Muslim joined hands with someone from a lower Hindu caste for a common cause.

Her achievements were partly recognised a few years back when the  Maharashtra State Bureau included her brief bio in Urdu textbooks.

But unfortunately, many aspects of her life remain shrouded in mystery. For instance, no one knows for sure what happened to Sheikh after 1956.

As journalist Dilip Mandal wrote: “Fatima Sheikh continues to fight for her rightful place in history.”

Note: This news piece was originally published in trtworld.com and used purely for non-profit/non-commercial purposes exclusively for Human Rights objectives. 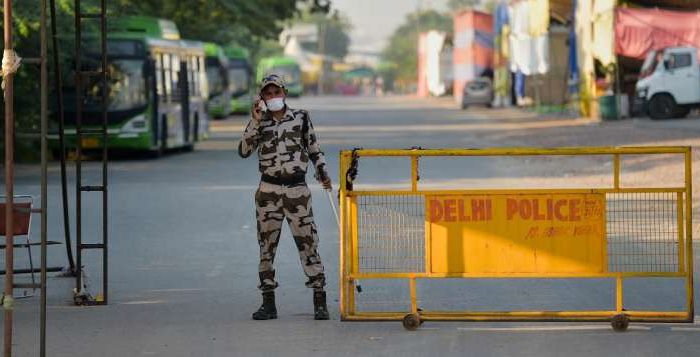