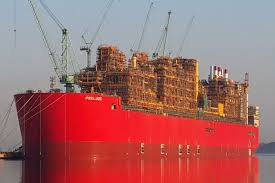 Recently the Communist Party of India (Marxist) led Left Democratic Front swept the assembly polls in Kerala, securing 99 of 140 seats in the only state governed by a communist party in India.

Riding strongly on the communist movement begun in the 1930s and led by EMS Namboodiripad, it was in 1957 that the Communist Party of India first came to power in Kerala. The state was formed of three Malayalam speaking regions – British Malabar, Travancore and Cochin the year before. The movement had made inroads in Cochin and Travancore, which were princely states, by addressing problems like the perpetration of untouchability and by building class solidarities among workers.

The Union government led by Jawaharlal Nehru dissolved the EMS-led government in 1959. Only in 1967 would EMS return as chief minister, by which time the party had split, into a CPI that would begin to align more with the Congress, even supporting the Emergency in 1975, and the CPI-M which opposed the Congress and gave the movement more local representation in Kerala.

What ensued was a seesaw electoral battle between the CPM-led Left Democratic Front and the Congress-led United Democratic Front, which has continued till today. The LDF and UDF came to power alternately from 1996 until 2021, when the LDF won a second consecutive term.

Unlike Communist parties around the world, those in Kerala chose the electoral method as distinct from the ‘seizing of power’ by Communists around the world. “What I like about CPI-M is the process by which it has retained power. The process of coming to power was not through revolution, it was a democratic process. Kerala even had set a cultural space for the ideology to perpetuate,” says Sidharth M. Joy, a postgraduate student and CPM-affiliated Students’ Federation of India leader in the Kerala University Students’ Union.

Alluding to writers like P. Keshav Dev and N.P. Kurukkal, Sidharth said that Kerala had known communism not only through protests and strikes, like the Alappuzha mill workers’ strike in 1938, but also through popular plays, songs, novels and slogans, familiarising “the masses” with the party stand. Libraries, coffee houses, and reading rooms were pervasive across the state, making narratives of class history easily accessible to the public.

“I think just as religion beguiles people to BJP, these cultural factors make Kerala the home for CPI-M,” says Sidharth.

It may be true that the party has not fostered the philosophy and politics of communism in the state, managing only to bring about economic changes, as former chief minister E.K.Nayanar has argued. One of the reasons it has not shown fascistic tendencies is due to the public’s intense anti-incumbent sentiment, a trend the LDF bucked this time.

According to the scholar Govindan Parayil, the Communist government in Kerala implemented the most comprehensive land reforms and other redistributive programmes outside the Communist world, uplifting people’s quality of life. The high literacy rate of 96% and the positive sex ratio of 1,084 women per thousand men offer an insight into the success of such policies.

CPM MLA from Balussery Sachin Dev, 27, cites the many policies aimed at socioeconomic development in Kerala. “Since the founding of the state and the ascent of the Left government in power, Kerala has seen legislation like the historic land reform and education act, under the able administration of K.R. Gouri Amma and Joseph Mundasseri respectively.”

Radhabai used to supervise the literacy drive classes. “The classes were for working adults who laboured during the day, so they were conducted in the evening, also keeping in mind the household chores carried out by women,” she explains.

For its Total Literacy Programme the government paid its volunteers as well as coordinators across the state. Radhabai was awarded ‘Best TLP Coordinator’ in her district, she beams, pointing out a framed photograph of the education minister PJ Joseph handing her the trophy.

A foundation of this was the Education Act of 1959, aimed at regulating educational institutions and standardising the syllabus and salary structure, regularising teacher appointments and improving their working conditions.

But perhaps the boldest achievement of governments in Kerala has been the Kerala Land Reform Amendment Act of 1969. Soon after coming to power in 1957, the EMS government introduced the Land Reform Ordinance which would later be passed as the act, causing a huge uproar from the landholding class.

A handful of landlords held most of the land in the colonial and precolonial agrarian system inherited by democratic India. While it continues to exist largely unchanged in many parts of the country, Kerala under the Communists decided to break free and put a more egalitarian system in place.

The architect of the land reform was the Communist leader KR Gouri Amma, a founding member of the communist movement in the state, who passed away recently.

Govindan Parayil has argued that eliminating absentee landlords (those who owned large chunks of land could not be in all places at once, so they would lease it to tenants) and returning land to the tiller were the key features of the reform. Leaseholders were given ownership of the land, thus lifting them out of poverty and the landlord’s mercy. Lakhs of people got dwellings of their own, moving them up the social order to a better quality of life.

Another major consequence was that it freed the labour power tied to the land. The division of land and ownership in the hands of many gave labourers the freedom to do other work for themselves.

However, the redistribution of wealth did not happen equitably. If one were to compare the average income per person among different communities, the disparities would become clear, says VS Aravind, a university professor and Dalit rights activist. “In a place where the land has always been distributed on the basis of caste, a bill without a mention of the word was passed, when the redistribution should have been based on caste,” he explains.

Aravind thinks the reforms ignored the fact that in order to improve Dalits’ living conditions, the government would have to give land free of cost. “The inability of Dalits to purchase the lands and compete with other castes was a fact the government was indifferent to. On one hand, people from the Ezhava caste could purchase land and they grew to eminence. On the other hand, Dalits and Adivasis were pushed to the margins.”

Parayil has argued that Communist governments in Kerala have always worked under the limitations of the Indian federal structure, facing fierce opposition and roadblocks from the Centre, including bureaucratic hurdles and the discriminatory allocation of Union funds. These have only increased since 2014, as seen in New Delhi’s discriminatory response to the Kerala floods.

In 2018, Kerala was hit with the worst floods in over a century due to unusually high rainfall. Over 400 people were killed and hundreds more missing, affecting the lives of around 5.4 million people in the state. Chief minister Pinarayi Vijayan asked the Centre for 2,000 crore rupees in aid but the Centre allocated only 760 crore rupees, inviting accusations that it was trying to ‘punish’ the State. The social media was filled with hate messages from right-wing trolls asking people not to donate to the fund set up by Vijayan as Kerala was “a beefeating state”. Political activists here accused the BJP of trying to pressure the state into submission as it could not gain any ground in Kerala ideologically or electorally.

As the political theorist Kancha Ilaiah Shepherd recently wrote, the dominance of the upper caste (Bhadralok) in the Communist parties in Bengal and Tripura, and consequently in the spheres of power, and the relegation of the lowered castes out of that sphere over the years, disillusioned them with Communist politics. As a result the majority of the lowered castes (Chotolok) swung in favour of the RSS/BJP who organised them well.

He has further argued that the Bhadralok Communists in Bengal did not allow Muslims to get an education, although some 27% of Bengalis are Muslim.

In Kerala the story is different. Lowered caste leaders asserted themselves in the party right from the start. KR Gouri Amma, VS Achuthananthan, Pinarayi Vijayan, and many other leaders belong to the Ezhava caste, which used to be treated as an untouchable community. Control over leadership by a lowered caste was a phenomenon unseen in other states’ Communist parties, and that, according to Ilaiah, has ensured the Kerala Communists’ survival.

Others have argued that Kerala is not a communist state at all, as it has betrayed communist principles by joining forces with capitalism. In striving for a balance between capitalism and socialism through multinationals and private capital for people’s welfare, they have been called “non-communist” by thinkers such as G. Pramod Kumar.

Others like Prabhu Chawla have called the CPI-M a communal party for seeking Muslim and Christian “appeasement” as it was losing its grip over the Hindus in the State while the BJP consolidated itself. This claim stands strongly contradicted by the recent election results.

The Kerala CPI-M also earned flak for implementing policies like reservation for the Economically Weaker Sections (of religions and castes who do not otherwise have reservation) which was dubbed a ‘Savarna Samvaranam’. “Policies like the EWS reservation sideline Dalits to an extent that they are pushed out of the race,” says Aravind.

The party has also “demonised” the Indian Union Muslim League and Welfare Party of India because they are political parties representing Muslims, argues Vishnu Prazad, a JNU research scholar and leader in the Congress-affiliated National Students Union of India.

“The CPI-M in Kerala has appeased Muslims through empty rhetoric like the passing of resolution against Citizenship Amendment Act in the legislative assembly. At the same time, we see a government turning a deaf ear to the incarceration of [Malayalam journalist] Siddique Kappan,” he claims.

The party’s silence over the arrests of Allan Shuhaib and Twaha Fasal under UAPA on claimed suspicion of their being members of the banned CPI (Maoist), despite its strong criticism of the draconian act, shows its deceptiveness, he added. “The saviour figure and the false sense of security the party emanates have made them popular.”

Another paradox has emerged from the Kerala model of development: the prospering state has seen a huge upsurge in the emigration of its people to the Gulf countries in search of better pay. That’s a lacuna in the Kerala model worth examining closely.

For now, however, the Kerala Communists have much to be proud of, in their superior handling of the pandemic, and for being one of the few state governments that are acting human, and not merely power hungry. Something for the others to keep in mind. 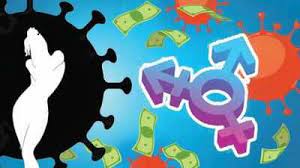 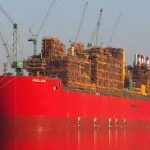