There is a systematic effort going on to exploit the scheduled groups. If the group ignores the situation, the presence will be at stake, said senior journalist and former member of the legislative council DS Veeraiah.

There are a total of 306 projects under the SCP and TSP scheme for the development of the Scheduled Tribes. Under this scheme, a considerable amount of money has been earmarked for the development of each facility. However, reserve grants are not spent properly. He questioned why the projects are not being implemented despite the money raised for the Scheduled Tribes.

There are constant efforts to curb the freedom of expression of scheduled group journalists. Newspapers led by Dalit journalists are shrouded in financial turmoil and are nearing closure. It is a tragedy that Scheduled Newspapers are undermined by the stubborn attitude of the present government, he said.

Dalit journalists also need to be exposed to the evolution of knowledge. They have to abandon their begging style. The constitutional rights provided by Dr. BR Ambedkar have to be properly used. They must develop courage to get get them, he said.

It is a challenge at the present situation where the prices are raising and also digitalization has affected publication of newspapers. The price of newsprint has skyrocketed and at this stage small and regional newspapers have to be supported by the government. Instead, the present government is making efforts to eliminate them, he said.

Kotiganahalli Ramaiah who received Late B Rachaiah charitable fund award, said that the Dalit community is lacking representation. Hence the vision of Dr BR Ambedkar is affected. The media which has to question this is being controlled by corporate sector, he said.

Commissioner of Information and Public Relations Department Dr PS Harsha said the government is having a positive attitude towards the Scheduled journalists and newspapers and extended necessary support. All projects which were set aside have been started. In future also, cooperation will be given for prosperity of journalists, he said.

Note: This news piece was originally published in ibcworldnews.com and used purely for non-profit/non-commercial purposes exclusively for Human Rights. 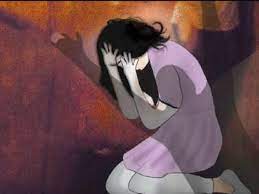 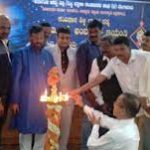