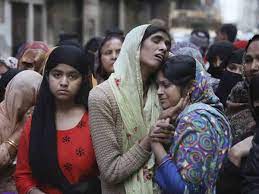 The interaction between identity, history and community evolves spaces into contested or cordial ones. Nazima Parveen, in her book ‘Contested Homelands: Politics of space and identity’ describes how the perspectives around Muslim dominated localities have changed over the past four decades. In the 1940s, Muslim occupied areas were administered for the sake of communal harmony; in the 50s, the same areas needed to be protected, and in the decade of the 60s, these zones were marked as isolated, unhygienic and those that needed to be cleansed. In the 1970s Muslim dominated areas were viewed as ‘mini-Pakistans’ that had to be dismantled. Muslim controlled areas were regarded as closed and threats to internal security.

By Amirullah Khan and Nahia Hussain

The history of Delhi is one of a constant battle among communities on meat sale and consumption. Even as caste based mohallas gave way to ilaqas that were demarcated by religion, the predominant issues that defined the city were vegetarianism and cow protection. It is indeed revealing to note that the beef issue is not just a recent phenomenon. The contest over cows started very early in Mughal times, and was in a way settled by the insightful kings, who actually ruled against cow slaughter, even during the Eids. The issue came back to foment trouble when the British ruled Delhi and brought back beef trade.

The Hindu-Muslim contest in Delhi got significantly more tense in the aftermath of the Partition. A large population of Delhi estimated to be more than 5 lakh Muslims were reduced to less than 1.5 lakhs and thousands were put up in really poor conditions at the camps in Purana Qila and Jama Masjid. Even as things settled with the intervention of Gandhiji, Azad and Nehru, the Jan Sangh’s victory in the 1967 election brought back the dreadful communal virus and rioting broke out again. Delhi, which was a mixed city with large Muslim concentrations became a segregated space where mixed localities gave way to only Hindu and only Muslim ilaqas.

The resurgence of right-wing Hindu Nationalism, entrenched stereotypes, hate crimes against Muslims and socio-economic backwardness of the community is challenging the existence of pluralistic spaces. N C Saxena, the former Member of the Planning Commission, believes that Muslim concentration in wards and constituency increases their safety, allows political consolidation and economic benefits. Anant Mariganti, Founder, Hyderabad Urban Lab, reinstates the idea that ghettoisation reduces the transactional cost of living, thus facilitating survival. In tune to that, the period of 1980s saw the springing up of private housing on communal lines comprising educated upper-middle-class denying residence rights to other religious groups.

Professor Shaban, TISS Mumbai, says cultural identities defined and aligned themselves with colonial modernisation. He quotes Markha Valenta to reaffirm the idea that Muslims and Hindus arrived in India with the advent of the British. The tri-community linkages expressed themselves spatially as well. The Mahim Dargah in Mumbai is revered equally by both Hindus and Muslims. The Mahim area is largely populated by Muslims, however, the interaction and the space of Mahim is an admixture of both Hindu and Muslim identities. Dongri, in Mumbai, was an important citadel of power, also known for merchants and comprised mixed religious groups – Parsis, Afghans, Muslims and Gujratis. However, communal tensions have made this area largely Muslim occupied. Political parties have also played a role in developing spatial patterns. In cities like Mumbai, distinct cultural practices and symbolic stereotypes have led to the development of certain spatial patterns.

Segregated areas are infamous for poor access to public amenities such as drinking water, sanitation, education and health infrastructure. The lack of public infrastructure lowers the land value and deters investment by private companies. Professor Amitabh Kundu, argues that while only 15% of the total Muslim population of the country lives in Muslim-dominated areas, the remaining population is dispersed. However, access to education, health and sanitation remains low for Muslims even in non-Muslim pockets and is not just a problem faced in sensitive segregated areas. Moreover, Prof Kundu, expresses that the rate of urbanisation is significantly lower among Muslims. Entrenched stereotypes and biases could be attributed to stigmatisation and hence reduced mobility.

Aprajita De, from the Delhi School of Economics, believes there is constant negotiation in living with differences. Indians, for centuries, have respected and recognised the difference in culture and space vis-à-vis other communities. Ahmedabad, for instance, has been a Mercantile city, where Hindus and Muslims have collaborated and cooperated. This changed with the changed religious dynamics after the 2002 riots and since then the city has become a most segregated urbanized space where contests for identity and belonging would continue to cause havoc.

While diverse religious groups in India have occupied their imagined spaces, the politics of belonging has been an ongoing phenomenon in the creation of identity-related stresses and strains. Spatial segregation has been intrinsic to Indian geography; however, we are interconnected through the economy, social media, technology, and culture more than ever before. William Sloane Coffin wrote, ‘Diversity may be the hardest thing for a society to live with, and perhaps the most dangerous thing for a society to be without.’

Amir Ullah Khan and Nahia Hussain are researchers at Centre for Development Policy and Practice (CDPP) based in Hyderabad. 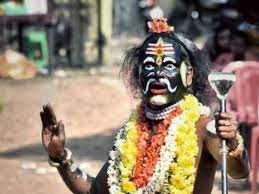 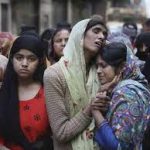